Skip to content
A view of Izmir, Turkey, on March 22, 2019. The 425th Air Base Squadron, a geographically separated unit of the 39th Air Base Wing, provides mission support to NATO allies. Courtesy photo.
Expand Photo 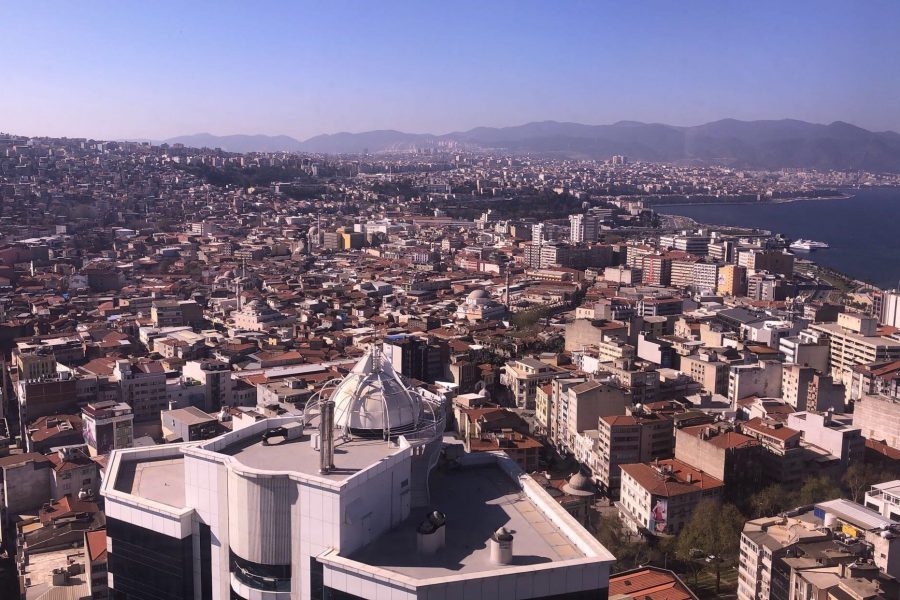 No personnel from the 425th Air Base Squadron at Izmir Air Station, Turkey—a geographically separated unit of Incirlik Air Base’s 39th Air Base Wing—were harmed in a powerful Oct. 30 earthquake that shook Turkey and Greece, Wing Commander Col. John B. Creel wrote in a Facebook post the same day.

“We have full accountability of our 425 ABS members stationed in Izmir, with no known injuries,” he wrote. “Our No. 1 priority is to ensure the members of the squadron remain safe and cared for through the aftermath of the earthquake today.”

“The unit is expecting there to be some damage to their facilities; however, the severity of the damage is still to be determined,” she wrote. “The assessment of damage to personal and government-owned properties is underway.”

No USAF aircraft are stationed at Izmir—just personnel who backup NATO Allied Land Command and additional agencies, she added. The squadron also “administers the annual $1-million Çiğli AB Loan Agreement between the United States and Turkey,” its web page notes.

U.S. Air Forces in Europe-Air Forces Africa hasn’t received any reports of earthquake-related harm to USAF personnel or aircraft “throughout the affected area, to include Turkey, Greece and Bulgaria,” it told Air Force Magazine in an Oct. 31 email.

Many of the squadron’s in-country hosts were “severely impacted” by the temblor, Creel noted.

“As the situation unfolds, we will support and equip the 425th with the tools they need to pull through this together,” he wrote.

The U.S. Geological Survey reports that the quake struck just over 9 miles north/northeast of of Néon Karlovásion, Greece, at a depth of about 13 miles.

Editor’s Note: This story was updated on Oct. 31 at 6:53 a.m. EDT to include comment from USAFE-AFAFRICA.