Inspections Spread to All C-130s 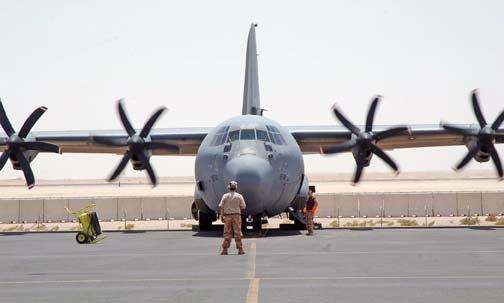 Air Force has expanded its inspection of C-130 upper-wing joint nuts to include all variants of the aircraft, meaning new J model are now being looked at in addition to older C-130 configurations, a service spokesman confirmed yesterday. Air Force spokesman Lt. Col. Tadd Sholtis told the Daily Report yesterday that nearly 600 C-130s across the fleet will now undergo the examination to determine how many of them have cracked nuts like those first discovered on an older model C-130 undergoing depot maintenance at Robins AFB, Ga. This discovery prompted a time compliance technical order calling for the inspection initially of older model C-130s, but now includes all models across the active duty, Air National Guard, and Air Force Reserve Command. Sholtis said, as of March 6, only about one quarter of the fleet had been examined. He characterized the TCTO as “one level below grounding” since C-130s are still allowed to fly if in support of high-priority, time-sensitive missions, such as in Afghanistan and Iraq. (For more, read yesterday’s Montgomery Advertiser report.)