Skip to content
​USAF Gen. John Hyten is sworn in as vice chairman of the Joint Chiefs of Staff on Nov. 21, 2019. Defense Department photo by Army Sgt. James K. McCann via the Joint Staff on Facebook.
Expand Photo 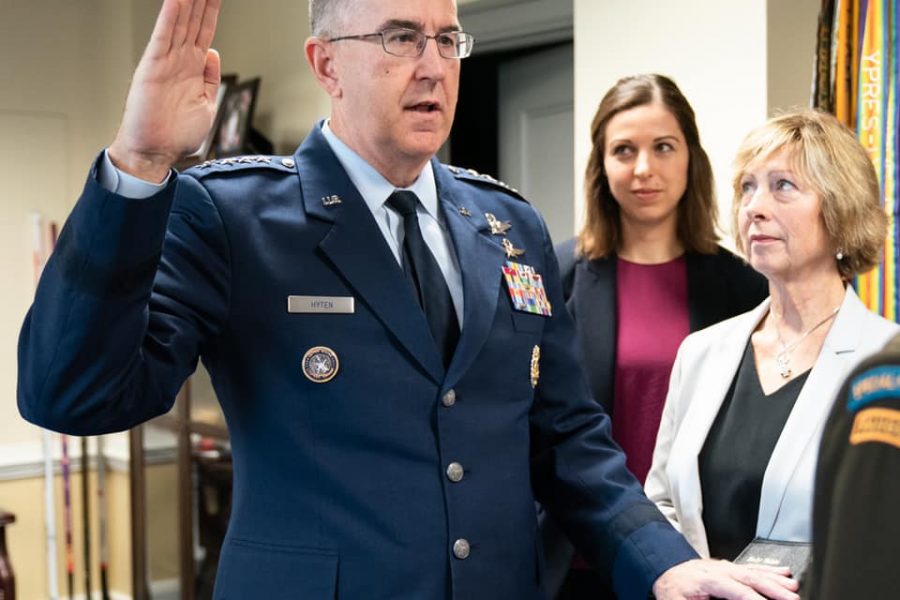 USAF Gen. John Hyten on Nov. 21 officially became the 11th vice chairman of the Joint Chiefs of Staff during a swearing in ceremony at the Pentagon.

Hyten previously was the commander of US Strategic Command, and handed over that position to Navy Adm. Charles Richard during a Nov. 18 ceremony at Offutt AFB, Neb.

He was first nominated for the vice chairman position in April, and faced a tumultuous confirmation process after an accusation of sexual assault emerged, following an Air Force investigation that cleared him.

Hyten, with an extensive background in space and nuclear operations, is expected to be a key leader in the stand up of US Space Command and in the possible creation of the new Space Force.