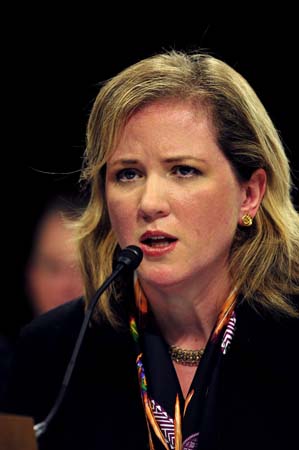 Is there a hold on the confirmation of Erin Conaton to be the Air Force undersecretary? We’ve heard rumblings that one Southern Senator may indeed be delaying her confirmation vote over concerns with the final language of the KC-X tanker solicitation and whether Northrop Grumman’s team will decide to offer a bid based on its reading of that document. Senators do not have to publicly disclose placing a nomination on hold. Conaton’s nomination hearing took place on Nov. 19 before the Senate Armed Services Committee. The panel approved her nomination on Dec. 2, but the full Senate has still not taken up her vote. One Air Force official told the Daily Report that the service is hopeful that Conaton will be confirmed by Dec. 18—before the Congressional holiday recess. This official didn’t think there was a hold in place.