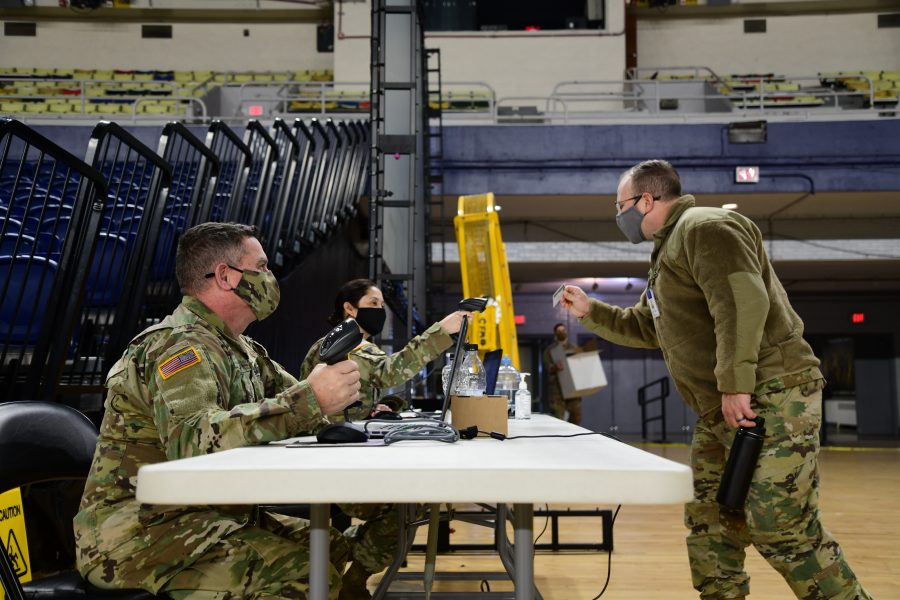 National Guard Bureau Chief Army Gen. Daniel R. Hokanson on Jan. 14 told government leaders to expect 21,000 Guard troops to be on the ground within the National Capital Region by Inauguration Day—an approximately threefold increase over the number of troops mobilized in Washington, D.C., as of Jan. 14.

“Right now we have approximately 7,000 National Guard Soldiers and Airmen on the ground in support of the federal lead agency [the U.S. Secret Service], and we’re building to 21,000 for the upcoming inauguration,” he said during a briefing led by Vice President Mike Pence at the Federal Emergency Management Agency’s Washington headquarters. “They’re under the command and control of Maj. Gen. William Walker, the commanding general of the D.C. National Guard and are …. providing security, communications, logistics in coordination with all supported agencies.”

Hokanson said the troops have been authorized to carry weapons “commensurate with the missions they have been asked to do.”

“I visit with these men and women every night and they understand the importance of this mission,” he said. “They’re also proven, prepared, and proud to do their part to ensure a peaceful and safe inauguration of our 46th commander in chief.”

A day earlier, Metropolitan Police Department Police Chief Robert J. Contee III during a joint press briefing with D.C. Mayor Muriel Bowser said it was safe to anticipate that “beyond 20,000” Guard forces would be inside city limits by Inauguration Day on Jan. 20. The number has risen steadily in recent days, up from an expected 15,000 announced on Jan. 11.

About 7,000 troops from 13 states and Washington, D.C. are now mobilized in the District as it braces for potential violence, after supporters of President Donald J. Trump trashed the U.S. Capitol building during a deadly Jan. 6 riot over the 2020 presidential election results.

Requests for additional Guard forces must come from the D.C. or federal government and would need approval from the Army secretary and other military officials.

The National Guard Bureau anticipates additional troops from states including Oklahoma, Maine, Nebraska, and Wisconsin will arrive in D.C. ahead of Inauguration Day, according to a press release. They would join Guardsmen from the District, Arizona, Colorado, Delaware, Illinois, Maryland, New Jersey, New Mexico, New York, Ohio, Pennsylvania, Utah, Virginia, and Washington state.

Those Army and Air National Guardsmen can be tasked for missions including security, communications with law enforcement entities, medical evacuation, and other support to federal lands and municipal infrastructure.

NGB spokesman Wayne V. Hall noted that more states may join the effort, as the overall Guard response “is still being coordinated and is changing.”