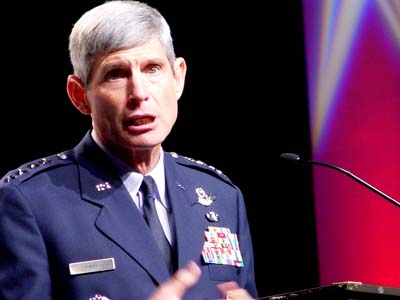 Emphasizing the team effort of modern warfare, Gen. Norton Schwartz, USAF Chief of Staff, said Sept. 15 at AFA’s Air & Space Conference that there is no victory or defeat in war for the Air Force—only success or “stumbles” for the United States. There is, however, a growing need for Air Force capabilities in areas such as mobility and intelligence. The Air Force must therefore look for the most promising future capabilities it can adopt, the Chief said. Missions such as long range strike and reconnaissance may be especially dependent upon next generation capabilities. The Air Force must continue to embrace technology, he said, and mindsets must change as quickly as the technology. For instance, USAF must now reconsider whether future combat and support aircraft should be manned or unmanned, Schwartz added.