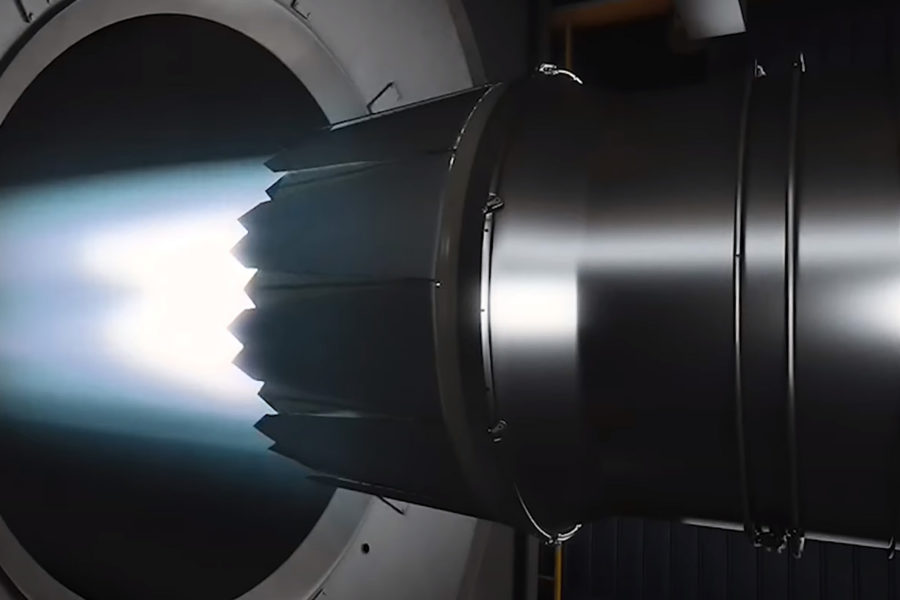 GE Aviation announced that it completed milestone tests for the engine it hopes will power Air Force fighters well into the future.

The Air Force launched the Adaptive Engine Transition Program (AETP) in 2016 to field a new generation of jet power plants, awarding development contracts to GE Aviation and Pratt & Whitney. GE calls its offering the XA100, which the company hopes the Air Force will soon select for the F-35A. That would open up the possibility of the engine entering service in the Navy’s F-35C.

The Block 4 upgrades to the F-35A may draw too much power for the current engine, Pratt & Whitney’s F135, to handle.

The completed tests on the XA100, which were done at the Air Force’s Arnold Engineering Development Complex (AEDC), Tenn., from March to August, simulated flight conditions. It is one of the final steps before the acquisition process.

“We now stand ready to transition to an engineering and manufacturing development program and bring this engine to the field with the F-35 before the end of this decade,” GE’s David Tweedie said in a statement.

The adaptive engines under development use new technology, such as a third stream of air. This enables the engine to operate in a high-thrust mode and high-efficiency mode that can increase both speed and range, and provide better heat management.

“This engine isn’t a concept, proposal, or research program,” Tweedie said. “This is a flight-weight, highly product-relevant engine that would provide the F-35 with 30% more range, greater than 20% faster acceleration, and significant mission systems growth to harness the F-35’s full capabilities for Block 4 upgrades, and beyond. The XA100 is the only F-35 propulsion modernization option that has been built, fully tested, and evaluated against Air Force performance targets, and the only option that provides the Air Force the capability it needs to outpace its adversaries for decades to come.”

Pratt & Whitney responded to the news, saying in a statement that its AETP engine, the XA101, remains on schedule in its development. It also includes advanced features present in GE’s engine, but Pratt & Whitney thinks that rather than the F-35, its AETP engine is best suited to the future fighters of the Next Generation Air Dominance (NGAD) program. Accordingly, its engine technologies will likely be folded into an early-stage program called Next Generation Adaptive Propulsion (NGAP) for use in NGAD.

Instead of an entirely new engine for future F-35s, Pratt & Whitney is offering an upgrade to its existing F135 power plant, the Enhanced Engine Package (EEP).

Pratt & Whitney argues that putting GE’s XA100 into an existing, single-engine aircraft is too risky and costly.

GE insists that its new engine has already proven itself and points to past experience re-engining a single-engine aircraft: The company originally lost out to Pratt & Whitney on the F-16’s power plant before providing GE propulsion in some later variants.

But during a Defense News conference, Air Force Secretary Frank Kendall said continuing the AETP program could bring it to over $6 billion in total, forcing the Air Force to buy fewer F-35s in a time of constrained budgets.

“I don’t want to continue to spend money on an engine that we’re not going to develop and take into production,” Kendall added. “We just need to make a decision, decide what to do, and get on with it.”

Meeting with reporters, industry leaders, and military officials from across the world at the Farnborough International Airshow, engine-makers Pratt & Whitney and GE Aviation laid out their competing visions for the future of F-35 propulsion. While executives from both companies agreed that the fifth-gen fighter’s engine program needs a change,…

The Pentagon handed out more than $80 million in contracts for work on the F-35’s engines and weapons integration as well as another $25 million to support the development of a joint simulation environment for the F-22. The largest of the deals handed out went to engine-maker Pratt & Whitney.…

Raytheon Technologies Corp.’s Pratt & Whitney military engines unit received a $4.385 billion Naval Air Systems Command contract for 178 of its F135 engines to power all variants of the F-35 fighter. The eventual contract value could be as much as $8 billion. The contract is a not-to-exceed, undefinitized modification…