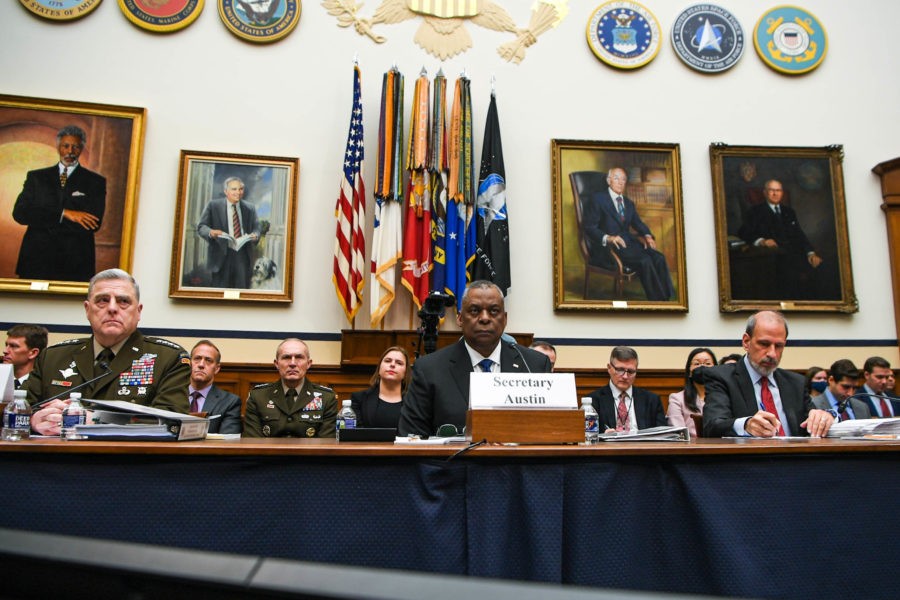 The Pentagon budget would need to increase by at least $42 billion to discount the cost of inflation, three former Defense Department comptrollers warn in a report released Sept. 13 by the National Defense Industrial Association.

The report came out as the Bureau of Labor Statistics announced that prices rose 8.3 percent year-over-year in August, and as the chances of Congress completing a defense bill by the start of the next fiscal year on Oct. 1 look increasingly unlikely. Without an approved spending bill, the Pentagon will once again have to rely on stopgap spending measures known as continuing resolutions.

The President’s 2023 budget request sought $773 billion for defense, an increase of $30.7 billion, or 4.1 percent, over the 2022 enacted budget. However, continuing inflation has made that increase look outdated.

“What happens in the upcoming months, of course, is uncertain, so we all have to be prepared to adjust if we need to,” said Christopher Sherwood, a Department of Defense spokesman, in an email. “Our budget was finalized in mid-January, before Putin’s brutal invasion of Ukraine spiked energy prices, wheat prices, and further disrupted global supply chains. We worked closely with the Office of Management and Budget on this issue, and agreed that protecting our buying power is important.”

But even before the 2023 budget, price hikes following the COVID-19 pandemic had dented Pentagon budgets. While DOD saw increased investment in 2022, inflation ate away all of the increase.

The NDIA report, authored by former Pentagon comptrollers John E. Whitley, David L. Norquist, and Lisa S. Disbrow, said Congress would need to approve a budget of at least $815 billion for fiscal 2023 to make up for lost buying power as a result of inflation.

Inflation was also higher than forecasted in 2021.

After years of low inflation of around 2 percent per year, the actual inflation rate has run 9 percent over what Pentagon predicted for the past two years, according to the report. All told, inflation will cost DOD over $110 billion in buying power from fiscal 2021 to 2023.

“Whether the cost is initially born by DOD or industry will depend on how the contract is written, but left unfunded, the inevitable consequence for national defense is the same,” the report states.

If Congress fails to pass a budget by the end of the month, a CR would avert a government shutdown. But CRs typically freeze spending at current levels, halting “new starts”—projects or activities that were not previously funded or authorized in the prior year’s budget and delaying planned increases.

“These stopgap measures cause substantial and widespread disruptions across national security, impacting operations and readiness,” NDIA, the Aerospace Industries Association, and Professional Services Council wrote in a letter to the leadership of the Senate and House appropriations committees on Sept. 12.

The NDIA report and association’s letter to Congressional leadership acknowledge the likelihood of a CR, but say harm to the nation’s defense and industry could be mitigated if Congress allowed new starts and procurement quantity changes to be included.

“The best inflation buster we have is on-time appropriations,” said Deputy Defense Secretary Kathleen Hicks at the Reagan Institute in May. “What we don’t want is an added topline that’s filled with new programs that we can’t support or afford in the out-years, and that doesn’t cover inflation.”

The latest inflation and budgetary concerns come at the same time as the Defense Department and its contractors struggle to overcome supply chain and labor market shortages that have also affected the broader economy.

“The Department continues to assess the impacts of inflation and will continue to work with both the Administration and the Congress to address resource implications,” said Sherwood, the DOD spokesman.

Airmen and Guardians in more than 30 communities across the Department of the Air Force will see their special duty pay reduced in the coming months. All told, 22 groups have been tabbed for a reduction in Special Duty Assignment Pay, given to Airmen with extremely difficult duties that may…

With concerns growing that Congress will once again fail to pass a spending bill in time for the start of the new fiscal year, one Air Force program in particular could suffer—the E-7 Wedgetail. While it’s likely that lawmakers would pass a continuing resolution to keep the Pentagon and the…