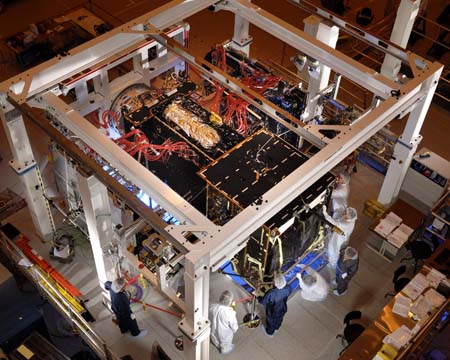 Lockheed Martin announced Feb. 16 that the second Space Based Infrared System geosynchronous orbit, known as GEO-2, has passed a key milestone—its first phase of baseline integrated system test, which “characterizes the overall performance of the satellite and establishes a performance baseline for the remainder of the test program.” Dave Sheridan, Lockheed’s SBIRS GEO program manager, called the achievement an example of the government/industry team’s “commitment to operational excellence and successful execution.” A couple of issues discovered during testing of GEO-1 put that satellite behind schedule, but Lockheed says it is now on the road toward final integration for its launch next year. GEO-2 is slated for launch in 2012. USAF has requested funding for GEO-4 and GEO-5 in Fiscal 2011.