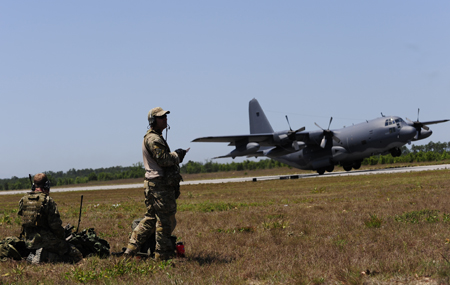 many air commandos racking up to 20 deployments to Iraq and Afghanistan over the last 10 years, Air Force Special Operations Command leaders are taking a hard look at resiliency. The command began placing mental health experts, known as “operational psychologists,” inside the 720th Special Tactics Group about a year ago. The unit, headquartered at Hurlburt Field, Fla., includes some of AFSOC’s most stressed career fields, such as combat weathermen and pararescue jumpers, who consistently operate outside the wire. “When I grew up, it was always taboo to go see a mental health specialist because you thought, ‘Hey, I might lose my clearance,'” Lt. Gen. Eric Fiel, AFSOC commander, told the Daily Report in an interview. “People just weren’t comfortable. But they were comfortable talking to chaplains. We sort of turned it around.” By placing the psychologists inside the group, the hope is that air commandos will feel more comfortable discussing their problems. Fiel said the “jury is still out” as to whether the stigma actually has been lifted, but he said the command is working to assign psychologists to the rest of its units. “We are going full force, trying to tackle that issue,” he said. The first operational psychologist will be assigned to a squadron-level unit this summer. “They will progressively fill units,” said Capt. Kristen Duncan, AFSOC spokeswoman. “It will take a while to reach all of the units because the career field is very small, but they are also exploring bridging it with civilians.”