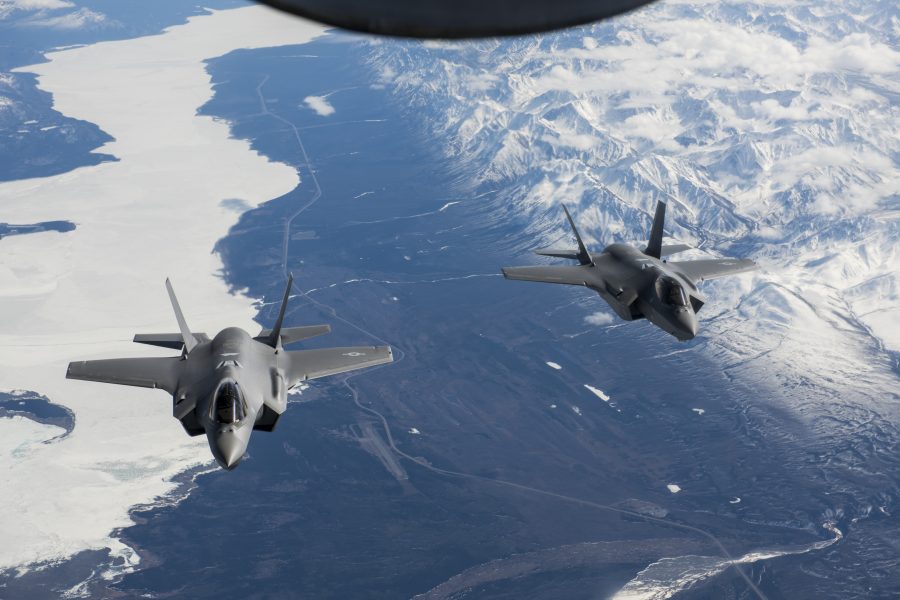 The release of the Air Force’s Arctic Strategy comes at a “pivotal time on the timeline of the Arctic,” as global powers exert their influence in an increasingly important region where climate change is also taking its toll, the head of Alaskan Command said Oct. 5.

The service in July released its first-ever strategy on the Arctic, which argues the Air Force is the most active and invested U.S. military department in the region. Airmen must remain vigilant, project military power, cooperate with allies, and prepare for possible conflict in the area, the strategy said.

Lt. Gen. David A. Krumm, commander of Alaskan Command and 11th Air Force, said Oct. 5 during an online event hosted by the Wilson Center that the Arctic is a “demanding environment, and it’s changing rapidly.”

“There’s a global demand for natural resources located in the Arctic, made available by some of the physical changes,” he said. “There’s increasing military and commercial presence and activities.”

The region is warming faster than the rest of the globe, and the Arctic’s melting icy barrier is giving way to more navigable waters and new pathways to approach America, Krumm said. More countries are staking claims over parts of the region, sometimes in ways that “stretch the definition of things like the continental shelf,” he added.

Krumm called into question China’s argument that it is a “near-Arctic” nation, saying anyone who looks at a map can see it’s a bit of a stretch.

Russia is also increasing its presence in its neighboring body of water, forming new military units focused on the Arctic while refurbishing old infrastructure and building new bases.

The U.S. wants to ensure the two nations, which have both flouted international norms in recent years as Russia entered the Crimea region of Ukraine and as China militarizes disputed areas of the South China Sea, don’t show the same disregard in the Arctic, Krumm said. It’s one aspect of the Pentagon’s National Defense Strategy that aims to take on Russia and China as competing global powers trying to establish their future dominance in new ways.

The Air Force is sending a message of its strength in the region by basing various advanced aircraft in Alaska, such as the new F-35s at Eielson Air Force Base alongside F-22s at Joint Base Elmendorf-Richardson. But military needs are growing as the waterways open.

North American Aerospace Defense Command needs more sensors that can track objects on and under water, and improve its awareness of aircraft and other objects entering Arctic airspace, Krumm said. While the U.S. military is closely allied with most Arctic nations, the general said he sees an opportunity to broaden those relationships—and forge new ones with Russia—on issues such as search and rescue in the region.

“There are areas of potential dispute,” Krumm said. “I think there are also areas that we can cooperate in.”

“America’s economic, environmental, and security interests will become even more closely tied to the Arctic in the future,” he added. “I think it’s exactly the right time to work on it together.”