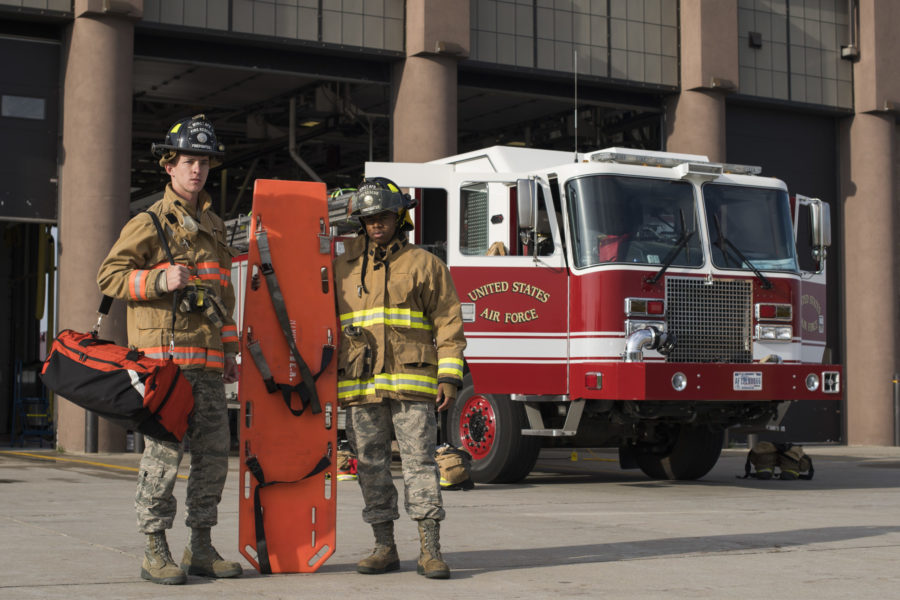 The Air Force is bringing a new dedicated broadband communications system for first responders to its bases and installations, making it easier for police, firefighters, and paramedics to talk to each other as well as to Air Force security and operations personnel.

AT&T will install the FirstNet network on 15 bases while the Air Force weighs a broader rollout, the company announced.

Once up and running, FirstNet will provide interoperable data and voice communications, plus streaming video, to first responders with specially equipped mobile phones or handhelds—whether they work for the Department of Defense, federal law enforcement, or state and local police, fire service, or emergency medical service agencies.

“When off-base first responders support on-base responses, they will benefit from these coverage enhancements,” retired USAF Col. Lance Spencer, the client executive vice president for defense at AT&T Public Sector and FirstNet, told Air Force Magazine by email. “Key command and operations positions will also be able to access this network,” he added.

AT&T manages the nationwide FirstNet network in a public-private partnership with the First Responder Network Authority, an independent federal agency. Originally conceived following the disastrous events of 9/11, when firefighters’ inability to hear police communications resulted in dozens of fatalities, FirstNet provides dedicated broadband cellular communications to first responders and public safety personnel in more than 17,000 organizations across the country. Because only authorized personnel use the system, and because of a nationwide network of more than 100 mobile cell towers that can be deployed to affected areas in an emergency, FirstNet is designed to keep working when conventional cell systems fail. It also offers end-to-end encryption.

The company declined to identify the 15 pilot locations or to make a dollar amount public, but Spencer told Air Force Magazine that AT&T is doing the work at its own expense.

“To mitigate existing gaps in coverage on military bases and provide FirstNet capabilities on bases, AT&T delivers infrastructure using its own capital investment,” Spencer said. “Each installation undergoes its own infrastructure design that is fine-tuned by our … engineers to provide optimized base-wide coverage. The infrastructure install takes place after we have a signed lease with the installation commander.”

The deal commits AT&T to provide FirstNet for 21 years—the length of AT&T’s contract with the federal government to manage the network.

“Ultimately, we expect to deliver FirstNet to all Air Force and Space Force bases,” Spencer added.