Fiel Nominated for Order of the Sword 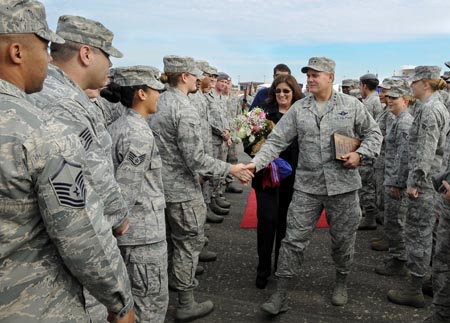 Air Force Special Operations Command’s enlisted force nominated Lt. Gen. Eric Fiel, AFSOC commander, for its highest honor: induction into the command’s Order of the Sword. Enlisted air commandos on Dec. 13 surprised Fiel with the nomination as they gathered on the flight line at Hurlburt Field, Fla., according to a base release. “I know I cannot do my job without the enlisted folks,” said Fiel, whose induction ceremony is slated for April 18, 2014. “Everything we do, we try to do for you guys. [The airmen here] have the highest ops tempo in the United States Air Force and you never say no,” he said. Fiel, who has led AFSOC since June 2011, oversees some 16,000 Active Duty, Air National Guard, Air Force Reserve, and civilian personnel. He will be the ninth inductee into the command’s Order of the Sword, states the release. (Hurlburt report by SrA. Michelle Vickers)