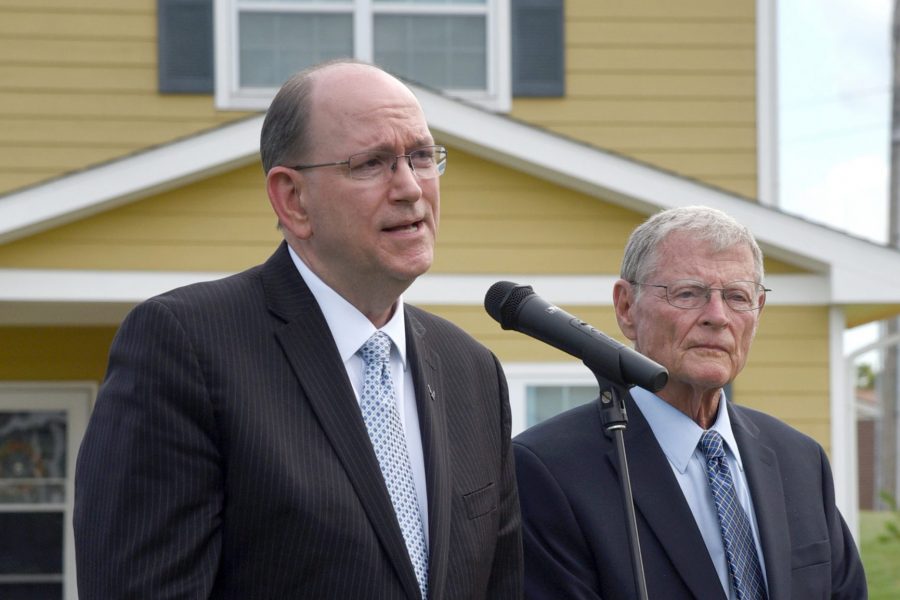 “Balfour Beatty Communities has received a subpoena issued on behalf the Environmental Protection Agency relating to Tinker AFB,” a company spokesman said in an email. “The investigation is connected to the matter of asbestos flooring removal that was reported in September 2019. When that event occurred, BBC promptly and voluntarily reported the incident to the local Oklahoma Department of Environmental Quality. The company will continue to cooperate fully with the investigation.”

The search, conducted under a court order in conjunction with the Justice Department, marks a new turn in the Air Force’s attempts to remedy Balfour Beatty’s neglect of privatized military housing.

“I thank federal law enforcement for doing their part to investigate any alleged wrongdoing, and I encourage Balfour Beatty Communities to cooperate fully with the investigation,” Inhofe said in a Jan. 14 release. “While this matter is still very much under investigation, should these or any of the other ongoing federal investigations be substantiated, Balfour Beatty and those who perpetrated any wrongdoing against our military families must be held accountable to the fullest extent of the law.”

Air Force spokeswoman Ann Stefanek said USAF is aware of the investigation but would not discuss details. AFOSI and the EPA did not return a request for comment, and a spokesman for the Department of Justice’s Western District of Oklahoma declined to provide additional information.

Balfour Beatty has been a source of frustration for the Air Force, which last year threatened to launch a formal dispute if the housing manager didn’t improve. A Balfour Beatty official testified before Congress in December as the company works through its own fraud investigation. The contractor has earned millions of extra dollars after faking home improvement records, Reuters and CBS News previously reported.

All of the landlord’s nearly 300 Tinker properties need repairs, according to Inhofe’s office.

“The Air Force recently discovered an issue at Tinker AFB caused by a flooring subcontractor failing to test for asbestos as required prior to disturbing floor tiles in occupied homes,” John Henderson, the Air Force’s assistant secretary for installations, environment, and energy, wrote to the company in September. “This follows upon the earlier discovery in July of 2019 that (Balfour Beatty) failed to construct firewalls as required in certain duplex housing units at Tinker AFB.”

The service told Balfour Beatty to submit an action plan by the end of 2019 to improve its management and address mold, rodents, and other dangerous substances across 21 housing projects. The service has not confirmed whether it received that report.