Skip to content
An F-35A in flight above the Mojave Desert in California, Jan. 6, 2023. A developmental test team from the 461st Flight Test Squadron conducted the first flight of an F-35 in the Technology Refresh 3 (TR-3) configuration at Edwards Air Force Base, Calif. Courtesy photo/F-35 Joint Program Office
Expand Photo 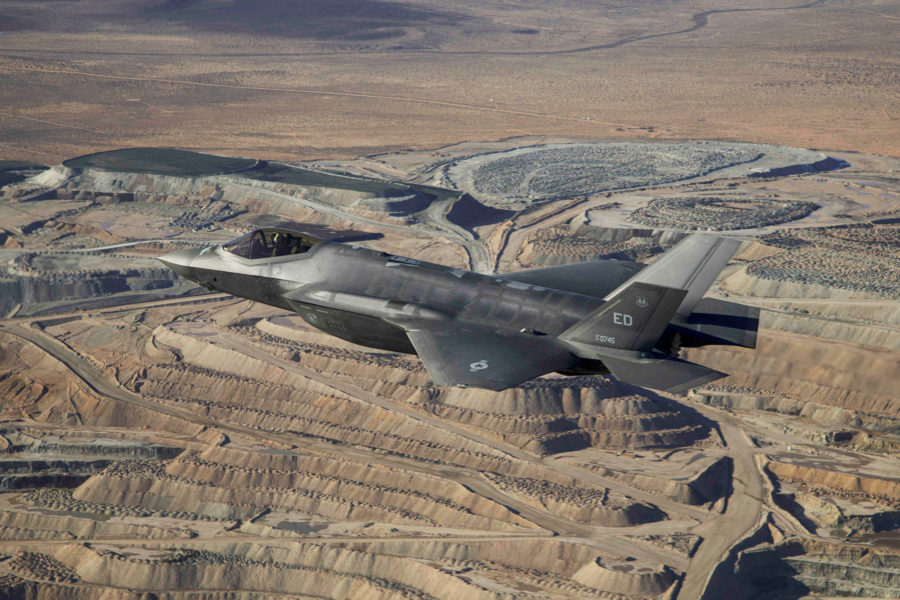 F-35 Flies for the First Time with Tech Refresh 3, Paving the Way for Block 4

The first F-35A fitted with the Tech Refresh 3 update flew Jan. 6 from Edwards Air Force Base, Calif., the Joint Program Office announced. The TR-3 suite of more powerful processors and memory is the enabling upgrade on which most of the planned F-35 Block 4 improvements rely.

The Block 4 version of the F-35 will have new electronic warfare capabilities, new sensors, and capabilities for new weapons, as well as improved interoperability with fourth-generation fighters, the fifth-generation F-22, and other parts of the Joint Forces.

The Air Force has reduced its request for F-35s in recent years, with officials saying they prefer to wait for the more advanced Block 4 version of the jet and want to avoid having to retrofit as many of its existing F-35 fleet to the Block 4 standard as possible.

But Block 4 has been delayed by trouble getting the TR-3 flight ready. In fact, delays and technical problems with the TR-3 account for a $330 million increase in the F-35’s development costs, according to a report from the Government Accountability Office. Development of Block 4 is now three years late and will continue until 2029, the GAO said in April 2022.

The first production-model version of the F-35 with TR-3 installed—but not the full Block 4 suite—will come in Lot 15, now under construction. The government struck a deal for Lots 15 and 16, with options for Lot 17, with Lockheed Martin on Dec. 30.

In a press release, Air Force Lt. Gen. Michael Schmidt, program executive officer for the F-35, hailed the first flight of TR-3 as a “significant achievement” for the program.

The “TR-3 is the F-35’s critical computer processing electronics upgrade that will continue to provide all our pilots with the capability they need to be successful against any adversary,” Schmidt said, adding that there’s “still a lot of work to do and I am confident that our industry partners and government team will get the job done.”

Regarding the challenges in its development, the JPO acknowledged that “the TR-3 program has overcome technical complexity challenges with hardware and software and is now on-track to deliver capability to the U.S. and its allies starting in 2023,” when the first Lot 15 jets will roll off the production line. The government-industry team continues “to find innovative ways to ensure delivery of critical capabilities to defeat future threats. Lessons learned in the execution of the TR-3 program will be applied across the entire Block 4 modernization program.”

The JPO did not immediately respond to a query from Air & Space Forces Magazines about how long TR-3 flight testing will take, but in its release, the office said the flight marked the beginning of “an extensive flight test campaign,” with developmental and operational test flights continuing “through 2023 to ensure safety and warfighting capabilities.”

Government and industry officials have said the system has been heavily tested on the ground to ensure that everything will work together properly on the actual flying aircraft.

A developmental test team from the 461st Flight Test Squadron conducted the first flight of the TR-3-equipped aircraft at Edwards Air Force Base, Calif. The aircraft was AF-7, one of the designated F-35 test airplanes for the Air Force, instrumented to record actual performance, which will be compared with computer predictions.

Maj. Ryan Luerson, an Air Force test pilot, flew the 50-minute hop, which reached an altitude of 35,000 feet and a speed just below Mach 1, to test airworthiness and stability of the software.

Air Force Lt. Col. Christopher Campbell, commander of the 461st Flight Test Squadron and director of the F-35 Integrated Test Force, said TR-3 “modernizes the computational core of the F-35 air vehicle. Therefore, new TR-3 hardware and software affect nearly every aircraft feature. Today’s event was just the start of a comprehensive flight test campaign that will both verify and improve the safety, stability, and performance of the whole F-35 weapon system in this new configuration.”

Lockheed Martin aeronautics F-35 VP and general manager Bridget Lauderdale said the flight “is an important step in enabling future capabilities to ensure F-35 remains unrivaled across the globe. We look forward to continued collaboration with the JPO and industry partners to deliver TR-3.”