End of a Mighty Hunter 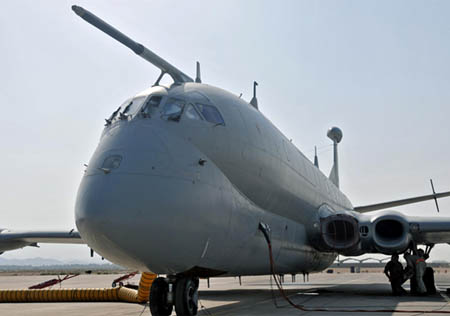 final two Nimrod R1 electronics intelligence aircraft, Royal Air Force assets based at RAF Waddington in Lincolnshire, went into retirement, ending 37 years of service for the aircraft type. Slated for early phaseout in March under Britain’s 2010 defense review, the Ministry of Defence granted the Nimrods a stay of execution to support NATO air operations over Libya. Until the Nimrods’ replacements—three RC-135 Rivet Joints that the RAF is acquiring from the US Air Force—enter service in 2014, “we’re not going to get the same quality, but we can still do the job,” said Air Chief Marshal Stephen Dalton at the Nimrod retirement ceremony at Waddington on June 28. In the interim, RAF crews are co-manning USAF RC-135s. The R1 was one of several Nimrod variants that Britain operated. (British Forces News report by Kaija Larke) (See also MOD release and RAF release.)