Efficiency Visionaries or Heads in the Clouds? 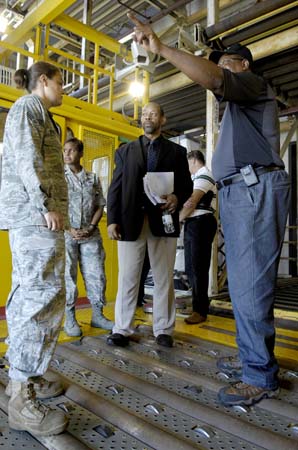 far, it’s been no contest. Airmen and Air Force civilians have far surpassed their counterparts across the Defense Department in responding to Defense Secretary Robert Gates’ call for creative ideas on improving efficiency. Of the 10,464 total submittals as of mid-day Tuesday, a whopping 6,944 of them—or two-thirds—had come from Air Force personnel, according to DOD’s tracking figures. Here’s the remaining breakdown: Army, 1,428 (14 percent); OSD/Joint Staff/Defense agencies, 904 (9 percent); Navy, 869 (8 percent); and Marine Corps, 319 (3 percent). Sept. 24 is the deadline for proposals. Gates launched the INVEST initiative last month to give uniformed military and civilian defense personnel the chance to offer their thoughts on how DOD could become more efficient and shed overhead. OSD plans to award tiered $500 and $1,000 prizes to the ideas judged best.