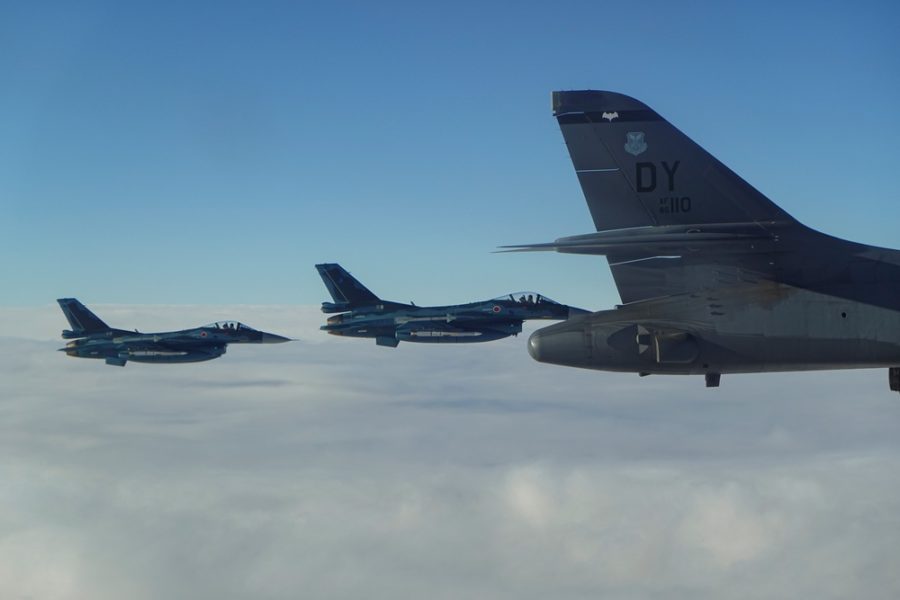 Editor’s note: This article was updated on Jan. 25 to correct the number of B-1Bs that participated in the exercise and the length of the mission.

Two B-1Bs from the 7th Bomb Wing flew over the Indo-Pacific alongside Japanese F-16s as part of a joint large force exercise.

The mission began and ended in the continental U.S. The Lancer bombers from Dyess Air Force Base, Texas, flew 30 hours and landed Jan. 11.

“A CONUS-to-CONUS mission is proof in the pudding that we can take off from home and make it anywhere around the world to deliver support whenever we’re called upon,” Capt. Carlie Gantar, a 9th Bomb Squadron weapons system officer who took part in the exercise, said in an Air Force press release.

The exercise also served as an opportunity for the B-1 crews to practice integrating with allied assets and a demonstration of U.S. commitment to partners in the region.

“Any chance that we get to work with the from the [Japanese Air Self-Defense Force, or JASDF] is an amazing opportunity,” Gantar said. “The experience the crew members receive, in every aircraft, and the training accomplished speaks to how well we can work together as a team, whether it’s a training sortie or the real deal.”

The mission to integrate with the JASDF comes a little more than a year after a similar exercise in January 2021, during which crews from the 345th Bomb Squadron flew B-1Bs to the Indo-Pacific, integrated with JASDF aircraft, and flew back, staying in the air for more than 30 hours.