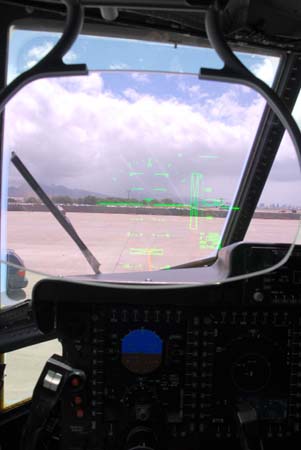 of the three C-130 avionics modernization program test aircraft sporting its new digital cockpit dropped by Hickam AFB, Hawaii, last week on a Pacific region tour designed to provide an evaluation of its integrated systems as it flew across international datelines. Testing with the third AMP-Herk began ahead of schedule this spring, and USAF already had given Boeing a low rate initial production contract last fall for the first two LRIP AMP kits. However, there is some question at this point whether Congress will continue to fund the C-130 AMP, in which USAF planned to upgrade about 221 Hercules (the three test aircraft and 218 others currently in H2, H2.5, and H3 configurations). Continue