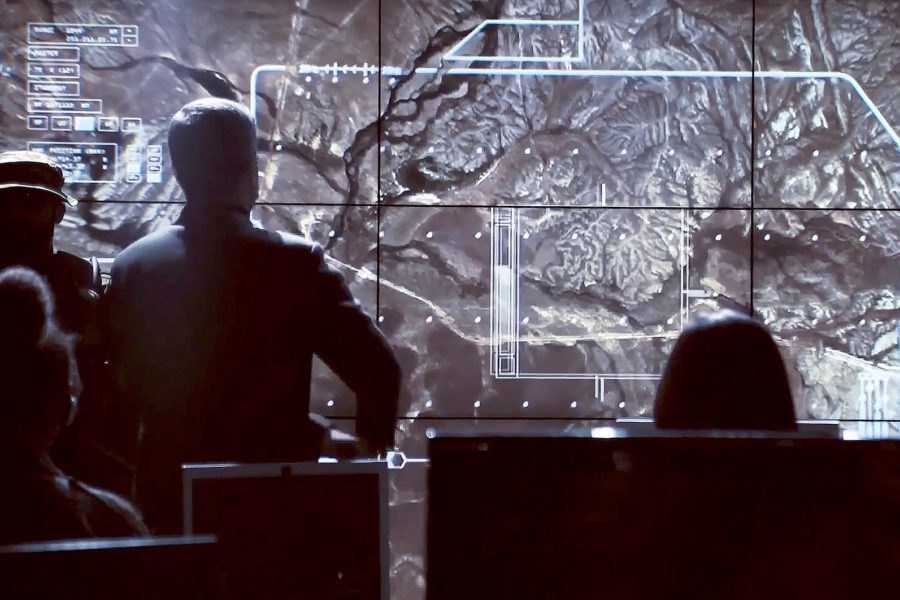 The Pentagon’s head of research and engineering is prioritizing technologies that can penetrate and operate inside highly contested enemy territory. Top among the tech priorities are artificial intelligence and autonomy.

Heidi Shyu, undersecretary of defense for research and engineering, also said the time is now to create the technology and standards for “6G and 7G,” which will advance beyond today’s state of the art for cyber connectivity.

“To do that I believe that we need a trusted AI and trusted autonomy, [and] to be able to operate without GPS,” she said, adding that she wants companies to be able to develop the means to operate “a whole wave” of unmanned systems in contested battle space. Hand in hand with that will be disparate platforms “able to network, and command and control and talk to each other.”

Shyu made the remarks as the final draft of a document stating her tech priorities was being reviewed; she forecast its release the week of Jan. 17 and told the audience they could “hold your breath” for it.

Shyu told defense reporters Jan. 13 that the priorities include AI, integrated networks, hypersonics, and microelectronics. Other of her tech priorities include modular open systems, she said, with an automatic ability to connect with other systems. She will seek commercial, off-the-shelf systems wherever possible both for cost and speed, “rather than designing exquisite systems. … We have to pivot much faster.” She will also move to adapt commercial space technology to military applications.

Shyu has received pressure from Capitol Hill, she said, to address the fact that “70 percent of our chips come from Asia,” which “poses a supply chain risk.” The lawmakers want her to “onshore” those manufacturing capabilities. She previously said she would work with the Department of Commerce and chip foundry companies on this initiative.

Another initiative will be making defense systems easier to use in order to reduce training time and improve operator proficiency. Making machine interfaces more intuitive will be another technology push, she said.

Accelerating hypersonics is on the list of tech priorities.

“We started this activity back in the ‘90s,” Shyu said, but “had a lot of starts and stops.” That focus has been renewed, but “I would say we’re running a little behind” competitors in other countries. “I do know that we’re paying a lot of attention trying to accelerate the activities within the hypersonics world.”

Shyu said that despite delays in hypersonic programs stemming from the COVID-19 pandemic and resulting supply chain issues, “we’re still putting the pedal to the metal and not easing up on the goals.” The Army and Navy are “on track this year to do a full stack flyout” of the booster and glide body, and “will be fielding it this year,” Shyu said. “I’m very happy with what the Army and Navy [are] doing.” She did not comment on the Air Force’s Air-launched Rapid Response Weapon (ARRW) hypersonic missile program.

After “30 years” of effort, Shyu said the U.S. is “finally at the cusp of developing laser technology” for offensive military applications, saying that both the Army and Navy are fielding laser systems.

Shyu suggested that quantum computing is on her list. While about 100 U.S. companies are pursuing quantum computing, China is nearing its goal of having 2,000 “quantum computer researchers. So, they’re close … and we must not take our eyes off that.” Her office is also interested in quantum sensing and quantum communications.

Noting that the Defense Advanced Research Projects Agency last year demonstrated the ability to “develop a helicopter landing pad within 48 hours in Guam,” Shyu said this will be a key enabler for areas “like contested logistics.”

In materials, Shyu said she’s interested in advanced alloys and structures that can handle the intense heat of hypersonic flight yet are stronger but lighter in weight than the materials available today. This, too, will reduce the strain on the logistics enterprise, she said. She is also interested in materials that can “potentially change [their] properties.”

Shyu said it’s time for “Next-G … beyond 5G.” She said she doesn’t want the U.S. to “take our eye off the ball and play catch-up,” then have to adapt to another country’s standard. The U.S. should create that new standard, she said.

“So, I’m interested in making sure we’re developing technologies on 6G and 7G.”

She noted that the Defense Department is doing an experiment with 5G at Hill Air Force Base, Utah, “making sure we can field 5G and not interfere with the military communications … and radar systems.”

Shyu said she’s been tasked by Deputy Defense Secretary Kathleen H. Hicks to assess the health of the department’s and individual services’ laboratory and test infrastructure. “We’ll be giving a presentation … at the end of this month” on shortfalls and what “we need to invest in,” Shyu said.

In later questions and answers, Shyu said the shortfall in lab infrastructure amounts to about $5 billion and that she’s looking for ways to take advantage of private, industry, or university capabilities in order to put money toward the “most critical” gaps in test infrastructure.

Shyu said it’s become “very, very difficult to figure out what we’ve gotten for our money” through an array of small-business and reach-out organizations tasked with soliciting innovations from small businesses. She’s been tasked to rationalize “over 20 different innovative organizations,” such as AFWERX, SOFWERX, and the Army’s Rapid Capabilities and Critical Technologies Office.

“We’re trying to get a better understanding of what their roles and responsibilities and missions are” with the goal of knowing “what has been procured, … the budget, … the processes they’re going through to select contractors,” and the capabilities of the products and services being developed. Another objective is to create links on government websites that will direct companies how best to connect with the organizations that can make use of their innovations.

She also needs “a mechanism for me to track” where these innovation projects are and whether the businesses are transitioning to Tier 2, 3, or 4 suppliers.

“If we don’t have a contracting mechanism with them by then, it’s very hard to pull” an idea into becoming a program of record, she said.

Another “push” area within the tech priorities is the Rapid Defense Experimentation Reserve aimed at joint experimentation, Shyu said.

“We are initiating two different ‘sprints’ per year that will start in FY ’23,” with the intent of moving prototypes “into rapid experimentation to fulfill a joint operational gap,” she said. These have been chosen in coordination with the Joint Staff and will draw on “200 white papers” from across the services, of which some 30 have been selected as having the most merit “and can close the capability gaps.”

These initiatives address four “scenarios,” she said, without giving more details, because they are classified. She said her office is working with regional combatant commanders “responsible for a particular scenario.” Shyu said Gen. John E. Hyten, recently retired vice chairman of the Joint Chiefs of Staff and head of the Joint Requirements Oversight Council, was “very excited” about this activity because “it was the first time fulfilling a COCOM’s capability shortfall at the joint level rather than a service-specific shortfall,” she noted.