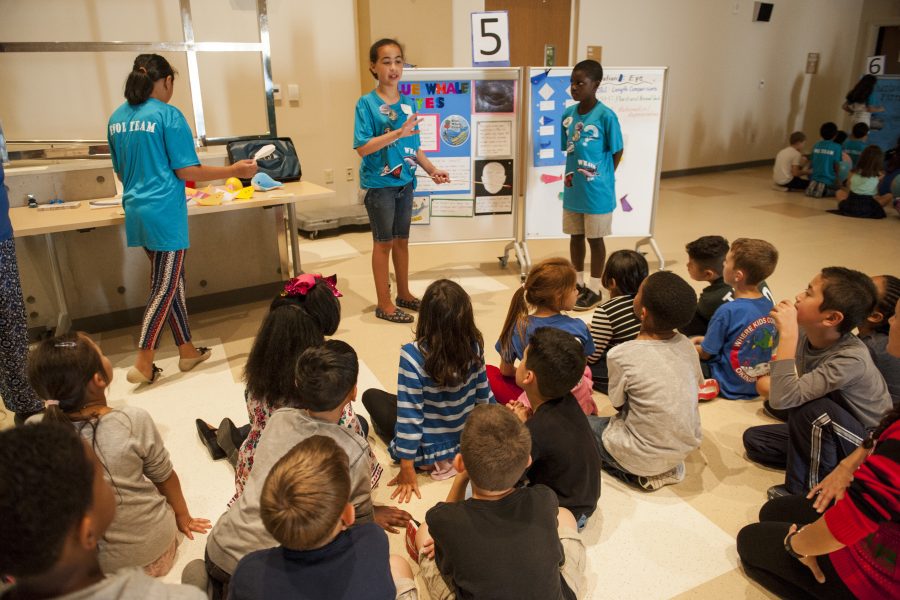 DoDEA Schools at Kadena, Maxwell Will Start School Remotely Due to COVID

Forty-six of the 159 brick-and-mortar Department of Defense Education Activity institutions will begin the school year remotely due to the COVID-19 pandemic, according to a document obtained by Air Force Magazine.

Though many of these institutions are on Army bases, that includes elementary and middle schools at Maxwell Air Force Base, Ala., as well as several schools on Kadena Air Base, South Korea, the Defense Department said on Aug. 13.

As of Aug. 12, the following schools at Kadena are planning to begin classes online:

At an Aug. 13 Pentagon press briefing, DoDEA Director Thomas M. Brady said remote learning will still be a “classroom-oriented” experience where children whose schools are closed due to Health Protection Condition Level concerns are taught online until those institutions can safely reopen. Their teachers and classmates would be the same as if they were in their physical school building, and students will receive modified “instruction based on what would have happened in the classroom,” he said.

“The remote is a short-term answer to keeping students and teachers together while they’re pending return to the brick and mortar,” Brady said.

DoDEA is also offering a second alternative to in-person studies: the DoDEA Virtual School, which runs on a semester basis, Brady explained. Under this option, he said, students follow a curriculum that’s specifically engineered to be completed online, rather than being adapted from in-person lessons.

“We’ve had a virtual school for 10 years,” he said. “It was aimed primarily for high school students who are in remote locations who can’t take particular courses—for example, AP chemistry would be difficult to do if we don’t have the staff and the equipment at a remote high school—so they’re allowed to do it through virtual schools, where the curriculum is designed for computers.”

Students who pursue this option will have the freedom to determine their own schedules, though classes will kick off on Aug. 24. and will follow the DoDEA Virtual High School academic calendar. Their studies won’t be interrupted even if their home bases’ HPCON levels change, according to a DoDEA webpage about the virtual option.

For the upcoming academic year, the virtual option is available for children in grades K-12, but parents had to commit to finishing the entire first semester online “with an option for the entire year,” according to the webpage.

The virtual enrollment deadline has come and gone, but DoDEA advised parents who’d like their children to be considered for virtual studies to reach out to their “local school registrar or district office.”

“Exceptions will be considered by the superintendent in coordination with the regional DoDEA Virtual School Assistant Principal,” the webpage stated.

DoDEA hasn’t encountered connectivity problems, Brady added, noting that DoDEA provides WiFi hotspots to students, as needed, and has given out more than “7,000 Chromebooks, which are the connectivity to the Virtual School.”

Despite the existence of these study-from-home options, DoDEA’s ultimate goal is to get kids back in the classroom, Brady said.

“The best education is face to face, in a classroom, and so our priority is to open every classroom that we can safely, … because there’s a remarkable myriad of situations that we’re facing around the world, and unless we are flexible in our approach, we won’t be successful,” Brady told reporters. “And to date, I think that we’ve been remarkably flexible and cooperative.”

DoDEA worked guidance from DOD and the Centers for Disease Control and Prevention into its planning process for reopening schools, he noted. A PowerPoint slide about this process that was shown during the briefing identifies COVID-related opening requirements such as social distancing, personal protective equipment rules for staff and students, and medical surveillance protocols among the requirements for operating schools in the new abnormal.

According to Brady, if a child falls ill at school and tests positive for the COVID-19 virus, the school will close for two to three days so the child can be cared for and the school can be sanitized, he said. If the school has to stay closed for five days or less, DoDEA will clean the school and bring back students, he continued. If a school is forced to close for six or more days, however, that school will switch from in-person to remote instruction, he explained.

But, DoDEA won’t preventatively test students for the virus, he emphasized.

“We work with the local commanders and the local medical experts, and that is not an option that appeared viable or necessary according to the CDC,” Brady said.

While DoDEA is still enrolling students for the coming academic year, as of Aug. 12, 35,989 students in grades K-12 had signed up to study in brick-and-mortar classrooms, while 15,540 were slated to start the school year remotely and 10,028 were registered for DoDEA’s virtual school, a Defense Department spokesperson said in an Aug. 13 email to reporters. About 2,000 other students were signed up to attend in-person pre-K, they added.