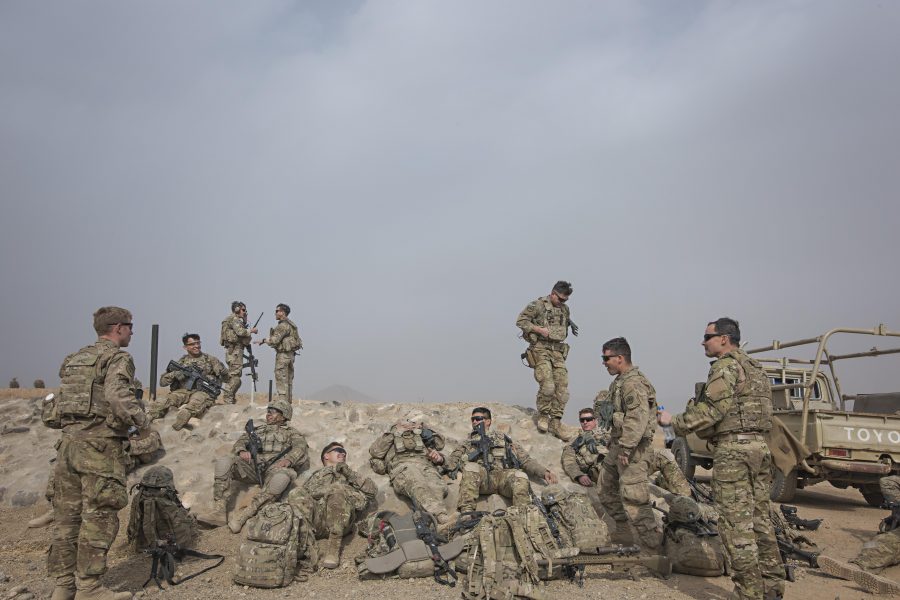 A newly published summary of an annex to the 2018 National Defense Strategy argues despite decades of asymmetric conflict—wars where enemies have exploited weaknesses in U.S. technology and tactics—the Pentagon is still underprepared for that kind of combat.

The Defense Department says the entire military must get better at irregular warfare not just to fend off the rise of nonstate terror groups and cyber attackers, but to stymie Russia and China as well. The National Defense Strategy pivots the Pentagon to focus on potential conflict with those countries and other advanced militaries instead of lower-tech militants in the Middle East and Africa.

The summary, released Oct. 2, points to China, Russia, and Iran as “willing practitioners of campaigns of disinformation, deception, sabotage, and economic coercion, as well as proxy, guerrilla, and covert operations.” Those types of fights don’t fit neatly into the physical “great power competition” the U.S. expects to wage with complex new fighter jets, hypersonic weapons, and other high-tech assets.

“Our department’s shift towards great power competition does not signal an abandonment of the critical competencies we have developed to prosecute irregular warfare,” the summary said. “Instead, this shift gives us a vital opportunity to update our approach to irregular warfare and meet the full range of challenges posed by our adversaries and competitors today.”

Irregular warfare refers to conflict with enemies like the Islamic State group that have less-advanced technology than the U.S., that are generally not part of formal state-run militaries, and that sow disinformation and propaganda to achieve their goals. Rather than relying on traditional military action such as airstrikes and ground invasions, irregular warfare leans more heavily on digital deception and weapons that exploit holes in an adversary’s abilities.

Irregular warfare has long fallen in the court of special operations troops, whose approach can be more flexible and unconventional than their conventional counterparts. The military must rethink how the joint force will use forces for counterterrorism and counterinsurgency missions as well as digital ventures like cyber and information warfare, DOD said.

To address the issue, the Pentagon advised more consistent investment in irregular warfare capabilities that are easily upgradable and cost-effective, to prepare for “gray area” conflict, like that in cyberspace, to escalate into the physical realm, and to put forth unified effort across the DOD and other federal agencies and allied and partner countries.

Troops should have a “widespread understanding and sufficient expertise in IW,” the summary said.

The Air Force is overhauling how it organizes, trains, and equips offensive and defensive cyber forces and its intelligence-collection units to meet some of these demands. But while the service touts advances in areas such as artificial intelligence, it faces a significant struggle to maintain an inventory that can take on a world power and non-state actors with different resources and aspirations.

“As we seek to rebuild our own lethality in traditional warfare, our adversaries will become more likely to emphasize irregular approaches in their competitive strategies to negate our advantages and exploit our disadvantages,” DOD said. “Their intent will be to achieve their objectives without resorting to direct armed conflict against the United States, or buy time until they are better postured to challenge us directly.”