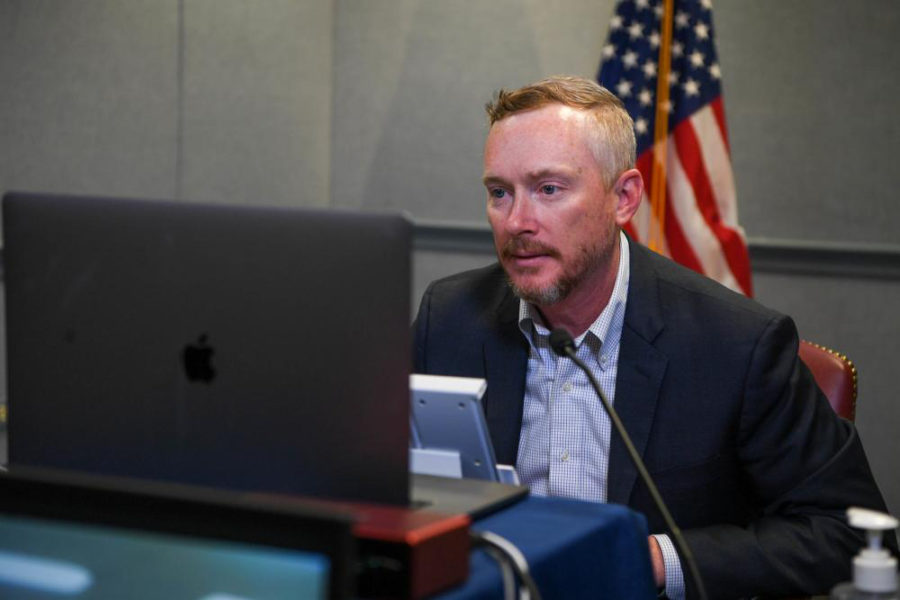 The Defense Department’s most advanced and successful initiatives leveraging its huge troves of data involve back-office or support functions—not warfighting, according to the department’s chief data officer. But DOD is pushing ahead with a recent program to bring data management capabilities to front-line combatant commands.

“We’ve moved to a place now where regularly in the senior-most decision-making forums led by [Deputy Secretary of Defense Kathleen H. Hicks], we are bringing up live data, instead of PowerPoint slides, to drive the conversation … to make decisions that typically would have taken hours if not days, in minutes,” Pentagon Chief Data Officer David Spirk told the George Washington University Cyber Media Forum on Jan 5.

Spirk spoke in the wake of an announcement Dec. 8 that his CDO office would become part of the office of a new chief digital and artificial intelligence officer (CDAIO). Upon stand-up Feb. 1, the new CDAIO office will also serve as the “successor organization” to the Joint Artificial Intelligence Center, the announcement said, and manage the Defense Digital Service. The CDO will continue to report to Hicks through the chief information officer as required by law but be “operationally aligned” to the new CDAIO.

The changes were designed to reduce the bureaucratic burden by bringing all these technological transformation efforts together “under one vision that a CEO can come in and lead,” explained Spirk. “It’s about speed. And if you don’t organize your data, if you can’t create repeatable, testable, and trusted data workflows from the tactical edge, all the way up to your senior-most decision-making boardroom activities, then you will just lag behind,” he said.

Advana was developed in the DOD comptroller’s office, Spirk noted, adding, “When I first arrived [as CDO], everybody assumed I would build a competitor to Advana or try and bring it into the CDO, but I saw no need to. I saw a lot of promise in what they were doing and in their ability to scale to other types of [data] that weren’t just comptroller-related.”

Expanding, Spirk said, amounted to a current total of about 45,000 daily users across DOD, and Advana could form the heart of a huge effort to discover, list, and describe all DOD data sources in a single “federated data catalog.”

“Every PSA [principal staff assistant—presidentially appointed senior officials reporting directly to the Secretary or deputy secretary] is in the executive analytics realm and leveraging data and establishing their goals and monitoring those [goals] based on live data in the [Advana] system,” he said.

But Advana provided much more than just business analytics, Spirk added. “It’s an opportunity to transform how the principal staff assistants can prioritize their data requirements and how we can go ahead and begin leveraging [Advana] to gain access to those data requirements as we build the first-ever federated data catalog, with Advana’s data catalog being the hub of that.”

On the warfighting side, Spirk said his office was moving ahead with a program Hicks launched last year to push data management capabilities out to the combatant commands. The DOD AI and Data Acceleration initiative, or ADA initiative, aimed to provide a five-person team of data specialists to all the U.S. combatant commands to help them make use of Advana, Project Maven, and other big data platforms. Spirk said his deputy CDO, Clark Cully, was visiting each of the 11 combatant commands, “spending two days discussing what decisions they want to make—not the data management platform, not the tools, but really focusing on the unique decisions that each combatant command needs to make … based on geographic or functional missions.”

Those discussions—eight already completed and the other three slated for January—will lay the groundwork for the deployment of specialist teams that could bring the capabilities of Advana to front line warfighters, Spirk said.

But he added that the real value is in fusing “boardroom data” such as that provided by Advana with traditional warfighting data from sources such as intelligence collection platforms. He highlighted a series of exercises championed by Air Force Gen. Glen D. VanHerck, commander of NORAD and U.S. Northern Command, dubbed the Global Information Dominance Experiments, or GIDE.

“The magic really happens when we bring the boardroom data and the battlespace data together in real time,” Spirk explained. “And we could go into that single pane of glass, understand availability of resources—where those resources were associated with a threat, indication, and warning. So we could conduct an interdiction … before it became a problem,” he concluded.