The F-22 and F-35 are teaching each other new tricks and helping each other become more operationally and cost-effective. The F-35 is using tactics developed with the F-22, while the small F-22 fleet is starting to take advantage of economy-of-scale parts buys for the massive F-35 program. The goal for both the Air Force and Lockheed Martin is to find ways the two programs can align and get two-for-one wherever possible, whether it be in software, weapons, or sensor upgrades. Read the full story by John A. Tirpak, which appears in our February issues of Air Force Magazine.

DOD Focused on Improving Space Mission, Rather than Restructuring It

The military should look at how it meets the demands for space capabilities rather than restructuring the space mission, the Pentagon’s new undersecretary said. Some lawmakers, led by Rep. Mike Rogers (R-Ala.) have pushed for a separate service, or a “Space Corps,” to handle the mission instead of the Air Force taking that role. That move has been loudly opposed by Air Force and Pentagon leadership, said Deputy Defense Secretary Patrick Shanahan who said there are a “couple of reports” in the works inside the Pentagon that will outline how the department can improve its effort and grow as space becomes more important. While the Defense Department and some lawmakers disagree on the details, the work has been “really collegial about ‘How do you do this better, and faster, and really get at some of the new capabilities that we know will make us very competitive?’” Shanahan said. President Trump on Dec. 4 announced his intent to nominate Mike Griffin, a former NASA administrator, as the Pentagon’s new principal deputy under secretary of defense for acquisition. Shanahan said it’s “possible” that if confirmed Griffin might take over as principal defense department space advisor—a role currently served by Air Force Secretary Heather Wilson. —Brian Everstine

Deputy Defense Secretary Patrick Shanahan is pushing for the F-35’s production line and program office to work on the “mindset” that the jet is at full-rate production, even though that milestone won’t come until 2023. “If we wanted to wait until 2020 to start behaving differently, I think we’ve missed an opportunity,” Shanahan told reporters just before the holidays. Read the full story by Brian Everstine.

Anticipating a growing need for contracted adversary air, Tactical Air Support recently purchased 21 F-5E/Fs from the Royal Jordanian Air Force. The aircraft, most of which were broken down and arrived by ship in May, are being put back together at the company’s St. Augustine, Fla., facility. The first aircraft from the new fleet is expected to arrive in Reno “just prior to Christmas” with the first flight shortly after its arrival. The company is still evaluating different upgrades for the aircraft, noting the final decisions on modifications will be made after the US Air Force releases its final request for proposals in January. The Air Force is planning to contract out nearly 40,000 hours of adversary air in an effort to free up pilots for operational missions. The multi-award contract announcement is expected around April 2018. Read the full story by Amy McCullough, who recently flew in a TacAir CF-5D in Reno.

Retired Capt. Jerry Yellin, the Army Air Forces pilot who flew the final combat mission of World War II in 1945, died Dec. 21 in Orlando. He was 93. Yellin joined the Army Air Forces in 1942 on his 18th birthday, two months after the Pearl Harbor attacks. On Aug. 15, 1945, Yellin and his wingman 1st Lt. Philip Schlamberg took off in P-51 Mustangs for a strafing mission over Tokyo. During the flight, the airmen took anti-aircraft fire ultimately felling Schlamberg, who was one of the final casualties of the war. Read the full story by Brian Everstine. 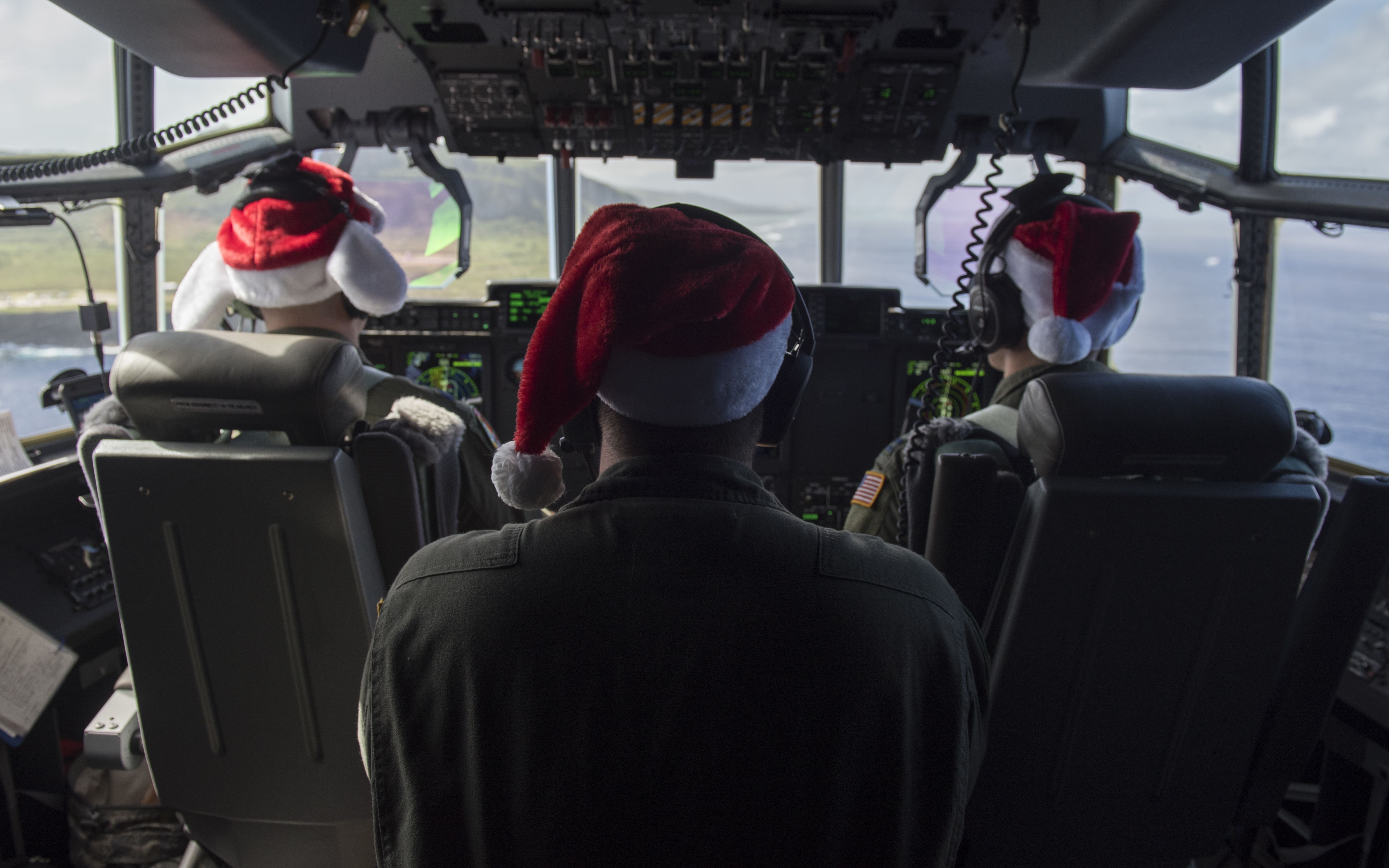 The Air Force’s newest tactical airlifter made its debut in Pacific Air Force’s biggest holiday cheer operation. C-130Js that recently arrived at Yokota AB, Japan, began flying as part of Operation Christmas Drop in early December. Previously C-130Hs from bases across the Pacific flew in the operation, and USAF airmen built on experience from the Royal Australian Air Force, which flew C-130Js as part of the operation before. Operation Christmas Drop, which dates back to 1952, is the military’s longest running humanitarian airlift operation. Airlifters from bases across Pacific Air Forces, along with aircraft from Australia, the Philippines, and Japan, airdrop food, supplies, educational materials, and toys to islanders in locations such as Palau, Mariana, and Micronesia, according to the Air Force. “OCD is great training for the aircrew,” 36th Airlift Squadron evaluator pilot Maj. George Metros said in a release. “We get to practice technique, tactics, and procedures that we don’t necessarily get to practice on an everyday basis.” For this year’s operation, US and allied aircraft covered 1.8 million square nautical miles, dropping 25 tons of supplies on 56 islands, according to PACAF. Flights for the operation began Dec. 11 and ran through much of the month leading up to Christmas. —Brian Everstine

—The Air Force on Dec. 21 awarded Lockheed Martin $7 billion for continued F-22 sustainment, with the work under this contract expected to last through 2027: Pentagon announcement

—The Boeing 767-2C, the base for the Air Force’s KC-46 tanker, received FAA certification in late December stating that the aircraft is “safe and reliable:” Boeing release.