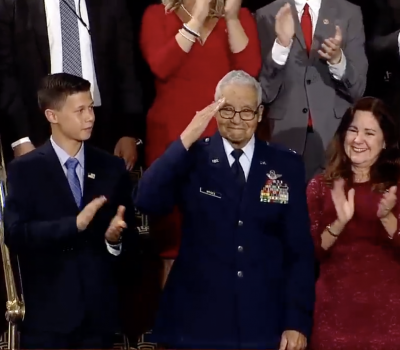 By Amy Hudson
One of the last surviving members of the Tuskegee Airmen, retired Brig. Gen. Charles McGee, who flew 409 combat missions in World War II, Korea, and Vietnam, died Jan. 16. He was 102. 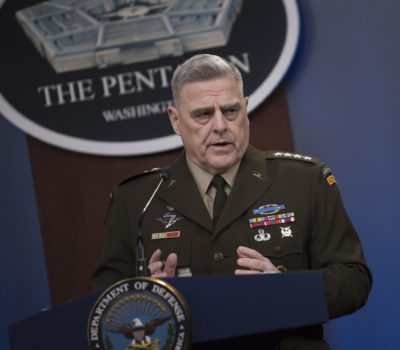 By Abraham Mahshie
Coronavirus struck senior Pentagon leaders over the Martin Luther King Jr. holiday weekend, with Chairman of the Joint Chiefs of Staff Army Gen. Mark A. Milley and Marine Corps Commandant David H. Berger testing positive. Milley is vaccinated and has had a booster shot, a spokesperson said. Vaccinations remain a requirement, and the military services have begun to discharge thousands of members who have declined the shots and failed to receive a medical or religious waiver. 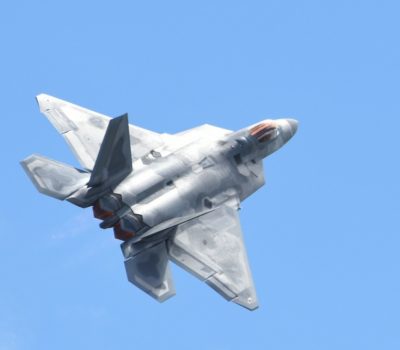 USAF Looks to Small Businesses for Some F-22 Upgrades

By John A. Tirpak
The Air Force Research Laboratory is looking for small businesses to help upgrade the F-22 Raptor. The stealth jet would get new helmet-mounted weapon cuing systems, artificial intelligence systems to help plot optimum intercepts and drive escort drones, and predictive maintenance gear, among a list of 14 potential opportunities, but the list is marked as a draft. 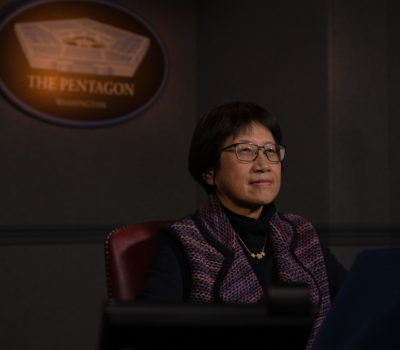 By John A. Tirpak
A new list of Pentagon research and engineering priorities is coming soon, and highly placed on the list will be artificial intelligence, integrated networks, hypersonics, and microelectronics, said Heidi Shyu, undersecretary of defense for research and engineering. Shyu also said a major exercise will take place in February showcasing progress in joint all-domain command and control efforts between the services. She also said Congress is highly supportive of her portfolio, with a large research budget expected in fiscal 2023. 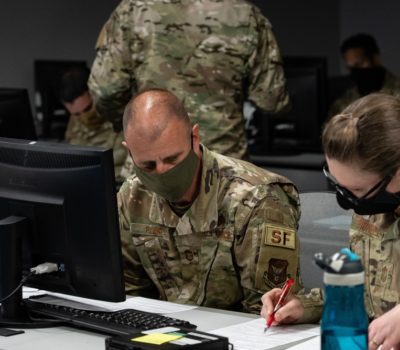 By Greg Hadley
Airmen and Guardians will get to familiarize themselves with the Department of the Air Force’s new enlisted and officer evaluation system application starting Jan. 18, as the department continues its overhaul of talent management. 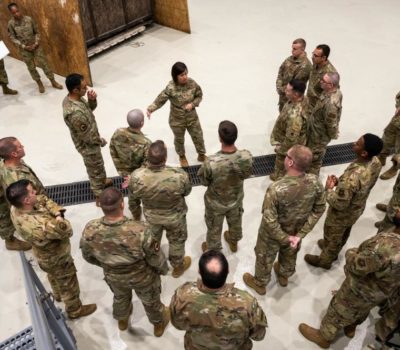 By Greg Hadley
Airmen, joint service members, and civilians stationed in Germany have complained for months that local officials have sought to tax their pay or collect penalties, sometimes for amounts in the tens of thousands of dollars. Now, in order to effectively advocate, the Air Force needs more data and more stories of families being affected, Chief Master Sgt. of the Air Force JoAnne S. Bass said.

Is the Space Force Doing What It’s Supposed to?

Breaking Defense polled almost 500 space professionals on a variety of topics, including the greatest threats to America’s space ambitions, the growing role of the Space Force, and which space capabilities need the most investment going forward—including a number of questions about America’s youngest military branch and how well it plays with others.

Lisa Costa, chief technology and innovation officer of the Space Force, said the service is eyeing investments in edge computing, data centers in space, and other technologies needed to build a digital infrastructure. “Clearly, the imperative for data-driven, threat-informed decisions is No. 1, and that means that we need computational and storage power in space and high-speed resilient communications on orbit,” Costa said Jan. 13 at a virtual event hosted by GovConWire.

A female captain who may become the Air Force’s first woman to complete its elite special tactics training raised concerns about the program’s shifting standards as early as April 2021, Air Force Times has learned. Multiple documents obtained by Air Force Times—including performance forms, score charts, and a report the woman wrote shortly after dropping out of a land navigation event—illustrate how she was allowed to return to training after she quit and how physical training metrics were lowered just as she arrived at a challenging schoolhouse last spring.

US 5th Fleet Commander: ‘Dramatic Uptick’ in Iran’s Drone Use

Over the past few years, Iran has “significantly” increased its use of unmanned aerial vehicles, the U.S. Navy’s 5th Fleet Commander said. Vice Adm. Brad Cooper said unsafe naval encounters with the Iranian military remain relatively flat, but, “what is different, though, is a dramatic uptick in the UAV activity in the region, both in terms of their capability, their profiles, and the density of activity. ... It is significantly different."

How Silicon Valley Is Helping the Pentagon Automate Finding Targets

The contracts reveal a desire to increase the fundamental tempo of intelligence collection and, with it, targeting. The promise is time savings from algorithms taking a first sweep for potential targets. The possible follow-on effects are impenetrable targeting tools, with errors as classified as airstrikes and harder to attribute.

Melvin Bowling, a retired Air Force major general, Silver Star recipient, and one of the creators of the original Early Bird compilation of military-themed stories in the media, passed away Jan. 10. He was 88.

The night vision glasses would be smaller and more powerful than the optics troops have now.