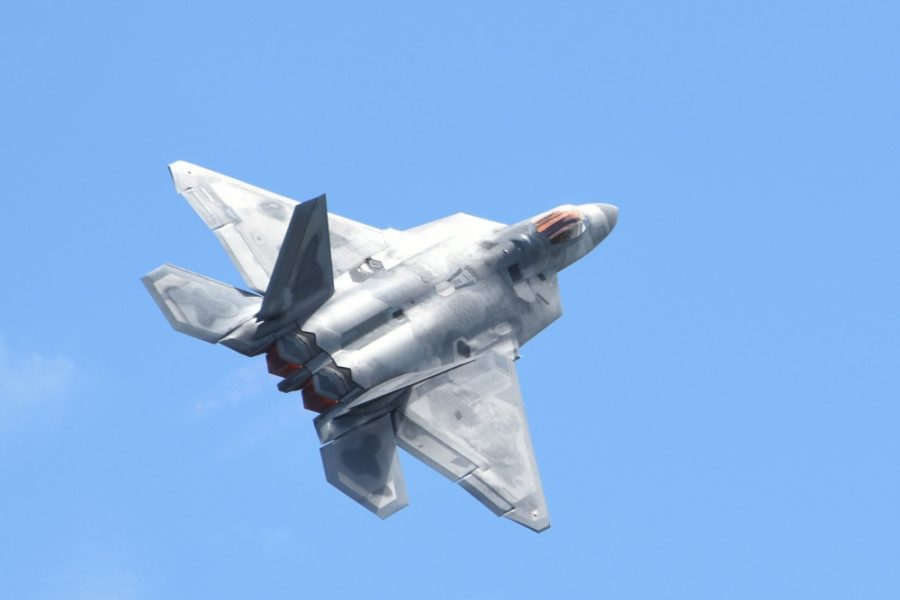 USAF Looks to Small Businesses for Some F-22 Upgrades

The Air Force is looking for a host of F-22 Raptor upgrades and will seek small businesses to offer potential solutions, according to a draft “open topic” on the AFVentures Small Business Innovation Research (SBIR) page. No timing was stated for the upgrades.

According to a recent but undated “Focus Topics” summary in the AFVentures system, which is run by the Air Force Research Laboratory, the Air Force is looking at 14 potential F-22 upgrades, including:

For various reasons—mostly budgetary, but also due to the size of the helmet hampering pilot movements under the F-22 canopy—the helmet system has been consistently deleted from planned F-22 upgrades over the years.

The AFVentures announcement says the service is willing to entertain small business proposals to process aircraft data and provide an interface to the Scorpion helmet, not to provide the helmet itself. The “desired functionality” is to include “displays of threats, battlespace lines, aircraft state information, weapon information, and navigation information.” The overall goal is to improve battlespace situational awareness; “usability and processing intensity are considerations.”

Another longtime Air Force goal is to equip the F-22 with an infrared search and track system (IRST), but using one of those available for the F-15 and F-16 has been problematic because of the challenge of integrating them with the jet’s stealth profile. The F-35 uses a stealthy faceted aperture under its nose for various infrared sensing functions. The AFVentures draft didn’t give many specifics, saying only that it’s looking for “novel hardware and software solutions” that would work at long ranges.

An IRST is considered a key sensing capability now that adversary air forces are employing stealth aircraft that have greatly reduced radar cross sections. An IRST would have to be integrated with the F-22’s other sensors—mainly its active electronically scanned array (AESA) radar—to provide a holistic view of the battlespace. The AFVentures “improved sensing” subject area speaks to this, saying “methods of interest include machine learning for radar systems, cognitive radar algorithms, radar waveform modernization, sparse sensing, and more.”

In a 2017 interview with Air Force Magazine, Ken Merchant, who was at the time Lockheed Martin’s vice president for the F-22, and more recently headed F-35 sustainment and now has his own company, Life Cycle Solutions, said the F-22’s internal layout does not have the necessary “real estate” available to accommodate an F-35-style electro-optical system. However, he suggested that if the F-22’s early-generation flat panel displays—which are thick and heavy—were swapped out for the latest slim and light versions, then space in the cockpit area might be found for an IRST. At the time, Merchant said only that the Air Force was looking at “other options.”

The F-22 could not use the Lockheed Martin “Legion Pod,” which flies with the F-15 and has been fitted to the F-16 and various drones, because it would require external carriage and defeat the F-22’s low observable features. If the F-22 carried an IRST in its “cheek” internal weapon station, where short-range AIM-9X missiles are carried, it would still require the station doors to open, also negating the jet’s stealth profile and creating asymmetric drag for extended use.

For manned-unmanned teaming, AFVentures is looking for a system to help the F-22 pilot with “monitoring and control” of an unmanned escort aircraft. The application is to take in all available information and provide the pilot with a “god’s eye view of the battlespace;” package and send commands over certain data links; and employ a touchscreen tablet as the user interface.

Likewise, the “pilot assisted autonomy” system would help the pilot by “suggestion actions” based on inputs from sensors, identify immediate risks, “reason about intentions,” and alert the pilot to hazardous situations.

For the GPS alternative, AFVentures said only that it wants “a more layered approach” to navigation and position that can provide “accurate and real-time” position without using GPS. Recent Air Force technology discussions have speculated about using extremely sensitive, nano-scale inertial measurement systems for this purpose.

The “predictive maintenance” system sounds like the F-35’s Autonomic Logistics Information System/Operational Data Integration Network (ALIS/ODIN), and would automatically monitor all the maintenance calls and aircraft condition reports on the F-22 fleet while providing predictive maintenance recommendations. The product will be evaluated on “accuracy, usability, and effectiveness in improving F-22 maintenance.”

For “optimized intercept,” the Air Force wants a system that will take in all the data available to the F-22 pilot and plot “an optimized pathway to intercept adversary aircraft,” presumably avoiding ground- and air-based radars and threats. The AFRL wants a system that could be flown “by a single Blue fighter against many Red fighters,” with the ability to expand to a four-ship of Blue aircraft. The pilots would need to see a display with a three-dimensional route, which is constantly updated based on sensor inputs.

“Real Time Debriefing” is described as being able to give the pilot immediate feedback on performance during Basic Fighter Maneuver training, rather than having to land and debrief. The envisaged system would compare the pilot’s actions against what the computer calculates as the best tactics to employ.

The Air Force has said it does not plan to retain the F-22 beyond around 2030, due to the advance of counter-stealth systems and the F-22’s small fleet size, but it will continue to upgrade the aircraft to keep it relevant against the toughest threats until the Next Generation Air Dominance system is fielded.