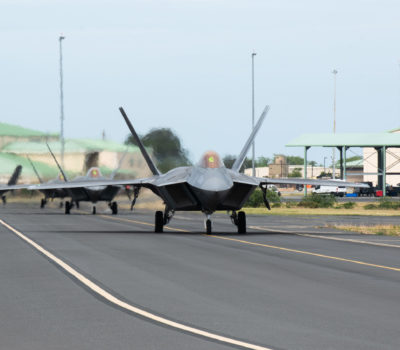 By Abraham Mahshie
The Pentagon completed its Global Posture Review, which it said will include a framework for “coherent” force posture decisions, including key movements in the Indo-Pacific region and Europe. In a Nov. 29 press briefing, Mara Karlin, who is performing the duties of deputy undersecretary of defense for policy, said the Indo-Pacific will be the Defense Department’s priority theater with more rotations, investments, and exercises, while the U.S. will enhance its “combat credible deterrent” to Russia in Europe. 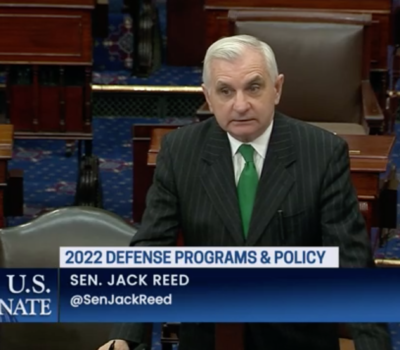 By Greg Hadley
Back from a Thanksgiving week recess, the push to pass the 2022 National Defense Authorization Act hit another snag Nov. 29, as the Senate voted against ending debate on its version of the bill. At the same time, Congress is staring down a Dec. 3 expiration date for its continuing resolution to keep the government funded. 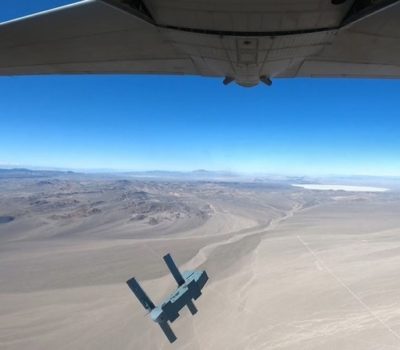 By Amanda Miller
The company Silent Arrow will scale down its 1-ton cargo delivery drone to fulfill an order by the Air Force for 15 of the smaller vehicles, which will be redesigned under the new name Silent Arrow Precision Guided Bundle. The drones will be used for tactical and humanitarian roles, the company announced Nov. 29. 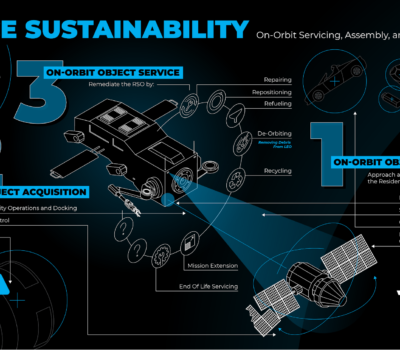 Russia said Nov. 29 it had carried out another successful test launch of its Zircon hypersonic cruise missile, hailed by President Vladimir Putin as part of a new generation of unrivaled arms systems. The missile was fired from the Admiral Gorshkov warship in the White Sea and hit a naval target more than 250 miles away, the defense ministry said, in its second test in a fortnight.

Defense Secretary Lloyd J. Austin III on Monday rejected a request by Oklahoma Gov. Kevin Stitt that his state’s National Guard be exempt from a Pentagon requirement that all military members be vaccinated against COVID-19. Stitt, a Republican, had asked Austin in early November to suspend the mandate for members of the Oklahoma Guard.

OPINION: As Space Activity—and Its Debris—Increases, the US Works to Establish International Norms and Rules

“Space is a burgeoning economic engine and an essential part of global civil, commercial, and military operations, but the current space environment looks something like the early eras of driving or flying, with rapid growth in the number of cars, planes, and operators, yet only the most basic traffic laws. Space has its own considerations that increase complexity—including growing congestion and debris, laws of physics that define motion very differently than on Earth, and a lack of international borders,” writes Space Force Chief of Space Operations Gen. John W. “Jay” Raymond.

In an effort to streamline processes and create a cohesive approach to the use of artificial intelligence and data, the Pentagon is considering a reorganization of three key technological offices, multiple sources tell Breaking Defense. Under the proposed plan, the three offices in question—the Defense Digital Service, the Joint Artificial Intelligence Center, and the office of the Chief Data Officer—would remain largely independent, but would all report up to a new individual, tentatively named the chief data and AI officer.

OPINION: A Small Step Toward an ASAT Ban

“Each of these demonstrations of ASAT weapons capabilities is destabilizing. If these and other potentially hostile activities in space are not stopped, an acceleration of a space arms race is all but certain. The 1967 Outer Space Treaty prohibits the placement of nuclear weapons in space, but there are no restrictions on other types of weapons in that domain. Efforts to launch talks that might produce new understandings on maintaining the peaceful use of space have been stymied for years,” writes Daryl G. Kimball, executive director of the Arms Control Association.

The Air Force has spent millions on licenses from encrypted chat platform Wickr, according to Air Force documents and public procurement records reviewed by Motherboard. The documents further solidify Wickr’s position as a preferred tool of the U.S. government and military. Although Wickr is well known for its free-to-download app, it also sells products based on the same technology to businesses and agencies.

Some Fear China Could Win From US Spat With Marshall Islands

For decades, the tiny Marshall Islands has been a stalwart American ally. Its location in the middle of the Pacific Ocean has made it a key strategic outpost for the U.S. military. But that loyalty is being tested amid a dispute with Washington over the terms of its “Compact of Free Association” agreement, which expires soon. The U.S. is refusing to engage the Marshallese on claims for environmental and health damage caused by dozens of nuclear tests it carried out in the 1940s and '50s, including a huge thermonuclear blast on Bikini Atoll. On the Marshall Islands, the U.S. has developed military, intelligence, and aerospace facilities in a region where China is particularly active.

Big Plans With a Big Runway: Historic Airport and Former Air Force Base Seeks to Transform Itself

It's been a Cold War air base, a deserted strip used for drag races and driving lessons, and more recently a site for training flights and plane maintenance, including for Donald Trump's jet. Now there are hopes to turn it into a money-maker, or at least more of one. Officials want to transform Chennault International Airport and its two-mile runway on the eastern edge of Lake Charles, La., into an economic engine for the region.

Taliban Covert Operatives Seized Kabul, Other Afghan Cities From Within

Undercover Taliban agents—often clean-shaven, dressed in jeans, and sporting sunglasses—spent years infiltrating Afghan government ministries, universities, businesses, and aid organizations. Then, as U.S. forces were completing their withdrawal in August, these operatives stepped out of the shadows in Kabul and other big cities across Afghanistan, surprising their neighbors and colleagues. Pulling their weapons from hiding, they helped the Taliban rapidly seize control from the inside.

‘Expressions of America’ at the WW2 Museum

On Veterans Day 2022, the National WWII Museum in New Orleans will launch “Expressions of America,” a first-of-its-kind nighttime sound and light experience celebrating the power of individual Americans to affect the world around them during a time of monumental conflict. The program will immerse audiences in written words, songs, and personal reflections of the men and women who served during World War II. Presented by the Bob & Dolores Hope Foundation, “Expressions of America” will combine outdoor projection technology with wartime letters and oral histories from the Museum’s collection.