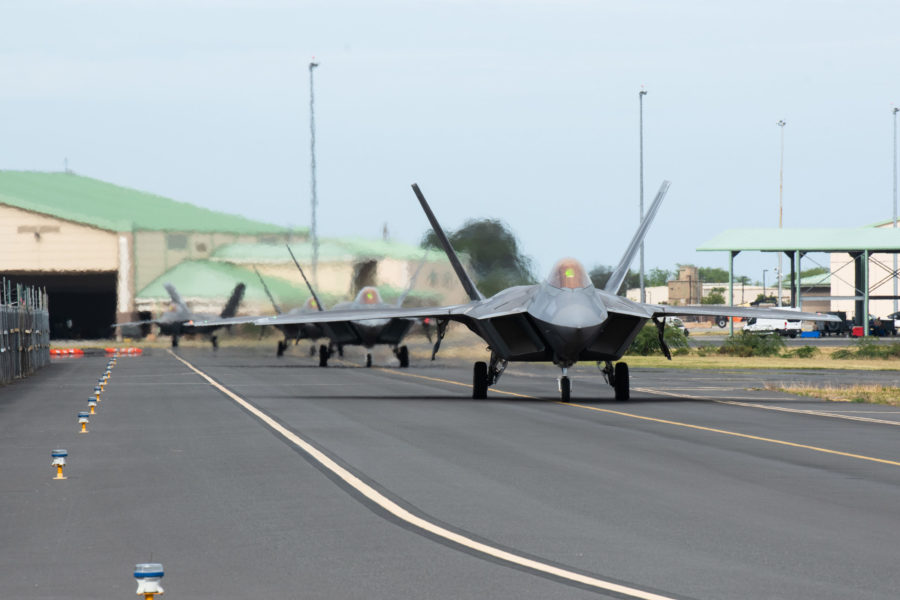 The Pentagon completed its Global Posture Review (GPR), which it said will include a framework for “coherent” force posture decisions, including key movements in the Indo-Pacific region and Europe.

In a Nov. 29 press briefing, Mara Karlin, who is performing the duties of deputy undersecretary of defense for policy, said the Indo-Pacific will be the Defense Department’s priority theater with more rotations, investments, and exercises, while the U.S. will enhance its “combat credible deterrent” to Russia in Europe.

DOD has held close to the vest its decision-making regarding the overdue force posture review, but it confirmed that President Joe Biden’s decision to rescind former President Donald Trump’s troop cap in Germany and share nuclear submarine technology with Australia are part of larger strategic shifts that will eventually lead to troop reductions in other regions.

Biden in February reversed a Trump decision to withdraw 12,500 troops from Germany after that country failed to meet a NATO goal of spending 2 percent of its gross domestic product on defense, hitting pause on the previous administration’s plan to pull USAF F-16s from Spangdahlem Air Base and move them to Aviano Air Base in Italy. The F-16 squadron is the base’s only flying unit and U.S. Air Forces in Europe’s only Suppression of Enemy Air Defenses fighter squadron. In July 2020, then-Defense Secretary Mark T. Esper said the U.S. also was cancelling plans to move tankers and special operations forces to Spangdahelm.

The Spangdahlem moves did not come up in a background briefing with reporters or an on-the-record discussion in the Pentagon briefing room Nov. 29, and the U.S. Air Force could not confirm whether the review permanently reversed those moves.

However, the force posture review did keep 500 troops who are part of a U.S. Army Multi-Domain Task Force and Theater Fires Command in Wiesbaden, Germany, officials said. Also, seven military sites in Germany and Belgium previously slated for return to host country will remain in DOD hands.

One official who spoke on the condition of anonymity to discuss the classified posture review said the new administration in January “sought to re-establish a strategy-informed, coherent posture decision-making process and restore healthy civil-military relations in the department.” The official later explained that meant strengthening civilian oversight of posture decisions.

The Defense Department has previously expressed a desire to expand basing and access across the Indo-Pacific, including for the Air Force’s agile combat employment concept of operations, which distributes forces to smaller, more austere operating locations and decreases reliance on large, traditional air bases. Military construction projects will also increase in the region, and there will be new fighter and bomber rotational deployments to Australia, Karlin said.

Some of the initiatives had already been announced, with $2.2 billion in fiscal year 2021 funding approved for the Pacific Deterrence Initiative that would benefit Guam and an announcement that Australia would become part of an agreement with the United Kingdom, known as AUKUS, to share nuclear submarine and other defense technology.

“I do have an aspiration to make sure that we can increase the numbers of troops. Through the rotations, the air capability will be enhanced, our maritime capability enhanced, and certainly the force posture enhanced,” Dutton said during a State Department briefing alongside Defense Secretary Lloyd J. Austin III. “And if that includes basing and includes the storage of different ordnances, I think that is in Australia’s best interest.”

Karlin said the U.S. “continues to remain concerned” about North Korea’s “problematic and irresponsible behavior,” noting Austin is heading to South Korea on Nov. 30 where he will discuss “changes to our extended deterrence” in the region. She said the review made the U.S. Army rotational attack helicopter squadron and artillery division headquarters in South Korea permanent.

The official emphasized that the GPR involved interagency discussion and consultation with NATO allies, Australia, South Korea, and a dozen Middle East and African partners.

Excluded from the force posture review were decisions regarding Afghanistan and functional areas, including nuclear, space, and cyber. The rationale for the exclusions were that the Afghanistan withdrawal was a National Security Council-led process and that the functional areas of high importance to national security should be treated separately.

The official said that rather than immediate troop movements in the Middle East, Austin ordered a review of the posture in the region. To deter Iran and to provide protection from Iran’s proxies in Yemen and elsewhere, Patriot missile defense systems will remain in place, and maritime assets will be repositioned.

In Africa, no specifics were revealed other than a recommendation to continue fighting violent extremist organizations. Terrorist groups have expanded in the sub-Saharan region known as the Sahel, where France has led counterterrorism efforts with American air support since 2014. French President Emmanuel Macron, facing mounting public pressure, promised to withdraw his 5,000 troops. After a joint meeting in October, President Biden committed to provide additional assets to Macron, but the White House and DOD have not provided further details.

In December 2020, then-President Trump ordered all U.S. forces out of Somalia, hindering training efforts with local forces fighting the terrorist group al-Shabab. Despite U.S. Africa Command’s complicated maneuvers to fly troops into Somalia for training missions, no announcement was made regarding the repositioning of forces or intelligence, surveillance, and reconnaissance assets in the country.

In Central and South America and the Caribbean, the GPR recommended continuing the humanitarian and disaster relief mission and fighting drug trafficking, but no mention was made of force movements.