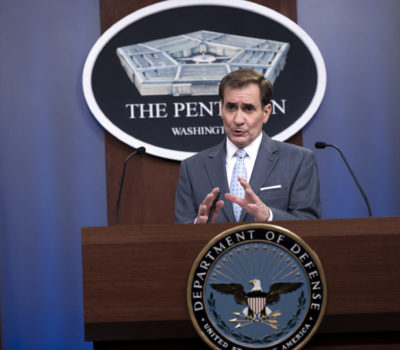 By Abraham Mahshie
The state news agency of North Korea confirmed the successful tests Sept. 11-12 of long-range cruise missiles it claims can carry a nuclear warhead, prompting the Pentagon to condemn the north’s military program. The North Korean news release called the long-range cruise missile a "strategic weapon," necessary for deterrence, and said it hit targets 1,500 kilometers (932 miles) away. 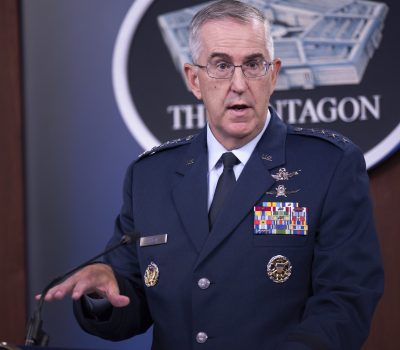 China’s Expedited ICBM Program Has Been a Top US Secret, Shows Need for Speed, Hyten Says

By John A. Tirpak
The rapid pace of China's intercontinental ballistic missile construction program has been known to the U.S. for at least two years, but it's been a top secret, Vice Chairman of the Joint Chiefs of Staff Gen. John E. Hyten said Sep. 13. The revelation of China's fast push to build and populate missile silos is his top concern and illustrates why the U.S. must find faster ways to modernize its military. So far, it's not doing so, he said. 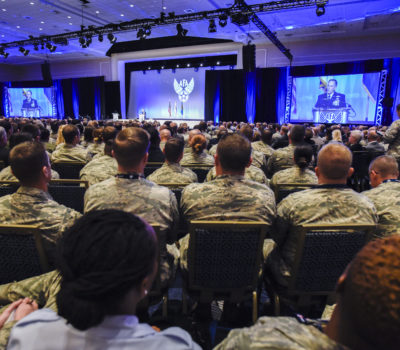 By Scott King
Attendees to the Air Force Association's 2021 Air, Space & Cyber Conference must present proof of vaccination or a negative COVID-19 test taken within the prior three days to attend the conference in person Sept. 20-22. After two consecutive virtual conferences, AFA's Air, Space & Cyber Conference returns next week live and in person at the Gaylord National Resort and Convention Center in National Harbor, Md. In addition to the vaccination or test mandate, masks must be worn indoors during the conference, except while eating or drinking, according to Prince George's County, Md., rules. 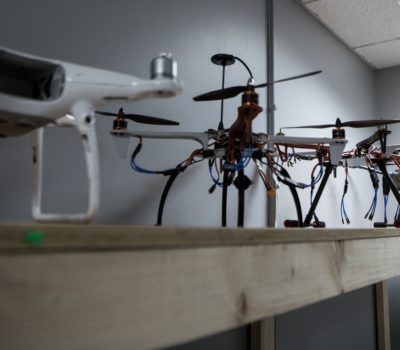 By Abraham Mahshie
The Defense Department on Sept. 10 announced new guidance to control which commercial unmanned aircraft systems (UASs) DOD organizations can acquire, with the intent of making it easier to buy approved commercial UASs of all sizes while ensuring such systems do not become a vector for data breaches to foreign adversaries such as China. DOD indicated in July that UAS products from China's Da Jiang Innovations posed a national security threat. 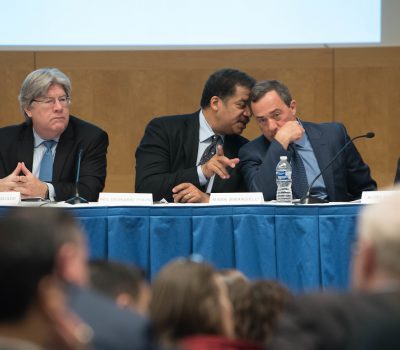 DOD is Accepting Inquiries for Civilian Advisory Board Roles

By Amanda Miller
Subject-matter experts can begin to inquire with the appropriate Biden administration officials about serving on the Defense Department’s volunteer federal advisory boards. Some past members whose terms were ended early in February may be invited to rejoin. 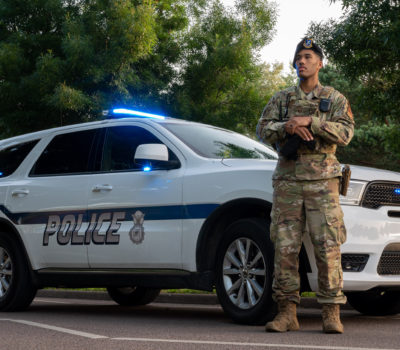 The Air Force’s 12 Outstanding Airmen of the Year for 2021 will be formally recognized at AFA’s Air, Space & Cyber Conference from Sept. 20 to 22 in National Harbor, Md. Air Force Magazine is highlighting one each workday from now until the conference begins. Today, we honor Tech. Sgt. Justin Bennett, an anti-terrorism program manager at RAF Lakenheath, U.K. Bennett is the embodiment of success professionally, and he also grows Airmen personally and professionally, by helping them out in terms of their personal life, said Alex Higdon, 48th Security Forces Squadron anti-terrorism officer chief, in a USAF release. "He's the go-to guy if you want to get an answer, and get it quickly.”

The United Kingdom is circulating a draft UN resolution that calls for new discussions designed to create international norms and principles for responsible behavior for military activities in space. The proposal, obtained by Breaking Defense, would set up what is called an Open Ended Working Group to meet twice in 2022 and 2023 in the hopes of reaching consensus on voluntary measures to restrain actions in orbit likely to be seen as threatening by other nations.

The Defense Digital Service (DDS) is planning to transfer its technologies to sense and detect small unmanned aerial systems (sUAS) to the Air Force Research Lab at the end of the month, FedScoop has learned. AFRL’s NINJA counter-sUAS program will absorb DDS’s drone-sensing capabilities, including its high-fidelity long-range sensor and user interface for integrating sensors, by Sept. 30, a DDS spokesperson said.

The Missile Defense Agency successfully launched a mockup of a kill vehicle with a new three-stage booster designed to enhance the performance of the interceptors that make up the Ground-Based Midcourse Defense System in a Sept. 12 flight test, according to an agency statement. The GMD system is designed to protect the homeland from intercontinental ballistic missiles from Iran and North Korea.

IT Modernization: Transforming Everything from Your Desktop to JADC2

Air Force families—and other military families stationed at Air Force joint bases—have new information on key quality-of-life issues at installations, with a base-by-base rating for public education services and military spouse licensure portability. This is the second year the Air Force has conducted this comprehensive assessment of these issues in the communities around all 157 Air Force bases. The first, released in 2020, was based on 2019 data. This assessment is based on public data available as of May 2021.

The United Kingdom has announced almost 400 million pounds ($553 million) in additional funding to boost the heavy airlift capabilities of the Royal Air Force (RAF). The investment announced by the Ministry of Defense on Sept. 12 covers enhancements to the RAF's rotary- and fixed-wing heavy transport fleets, with both the Boeing CH-47 Chinook and the Boeing C-17 Globemaster III earmarked for upgrades over the coming five years.

Air Force Secretary Frank Kendall has ordered an investigation into cases involving alleged domestic violence following a two-year investigation by CBS News anchor and managing editor Norah O'Donnell and the investigative unit into the military's handling of such cases. “I am extremely troubled by the claims of inappropriate handling of domestic violence complaints highlighted in your broadcast and have directed the Department of the Air Force Inspector General to conduct a comprehensive review of those cases,” Kendall said in a statement.

In episode 39 of the Mitchell Institute's Aerospace Advantage podcast, host John “Slick” Baum speaks to three individuals who found themselves thrust into crisis, which none could have imagined, as they began their day. Retired USAF Gen. John Jumper came to the Pentagon that Tuesday to serve his first full day as Chief of Staff of the Air Force. Retired USAF Lt. Gen. David A. Deptula was working on the Quadrennial Defense Review in his Pentagon office two corridors away from where American Airlines Flight 77 impacted. Heather Penney was a young lieutenant who launched in her F-16 to provide air defense of the capital region and escorted Air Force One back to Andrews Air Force Base later that evening.

U.S.-trained Afghan pilots and other personnel held in an Uzbek camp for about a month began leaving the country Sept. 12, one of the pilots told Reuters, under a U.S. deal that came despite Taliban demands for the return of the Afghans and their aircraft. The first group is at least initially heading to the United Arab Emirates, the pilot said, speaking on condition of anonymity. The transfer was expected to take place in several waves, starting Sept. 12 and ending in the next day or so.

No, F-22 Pilots Aren’t ‘Walking Off the Job’ to Avoid the COVID-19 Vaccine

An unidentified man’s viral video, which was viewed on Twitter over 460,000 times and caused the term “F-22” to trend on the social media platform Sept. 10, spread false information about the effects of the Department of Defense mandate that service members take COVID-19 vaccines. Specifically, the man falsely claimed that Defense Secretary Lloyd J. Austin III had texted the entire Department of Defense and said that all Active-duty service members must be vaccinated by 10 a.m. Sept. 10 or they would be court-martialed. He also falsely claimed that, because of the mandate, 12 F-22 Raptor pilots “walked off the job.”

This year marks the 20th anniversary of the world-changing 9/11 terrorist attacks in New York City and Washington, D.C. It is always a solemn occasion that is often fraught with conflicting emotions. It is also typically a time for very personal reflections on the attacks, the immediate aftermath, and the far-reaching impacts that continue to be felt today. Every American who is old enough to remember has a story about where they were when it happened. Only one American, though, former NASA astronaut Frank Culbertson, was not on Earth at the time and bore witness to the tragedy from the International Space Station, not always knowing exactly what was going on.