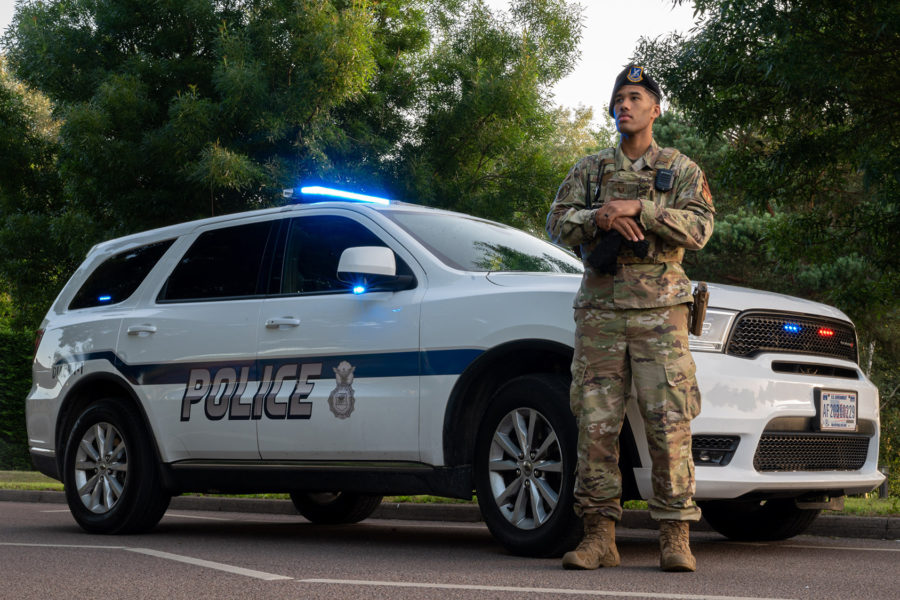 The Air Force’s 12 Outstanding Airmen of the Year for 2021 will be formally recognized at AFA’s Air, Space & Cyber Conference from Sept. 20 to 22 in National Harbor, Md. Air Force Magazine is highlighting one each workday from now until the conference begins. Today, we honor Tech. Sgt. Justin Bennett an anti-terrorism program manager at RAF Lakenheath, U.K.

Bennett superbly managed the United Kingdom’s largest anti-terrorism program by directly contributing to 42 force protection projects valued at over $22 million, while being the wing’s focal point for anti-terrorism measures for the Chief of Staff’s initiative of accelerating change through agile combat employment.

Bennett’s commitment to excellence, personally and professionally, led to his selection by his peers to be the wing’s 5/6 vice president. A 5/6 council is a group that supports and mentors junior enlisted Airmen. In this role, Bennett mentored 2,000 peers and piloted six professional development courses while completing 18 credit hours to finalize his master’s degree in intelligence studies.

“In only a couple of years he’s been a staff sergeant, achieved technical sergeant on his first try, and now he’s a master sergeant select,” said Alex Higdon, 48th Security Forces Squadron anti-terrorism officer chief, in a USAF release. “He’s the embodiment of success professionally, and he also grows Airmen personally and professionally, by helping them out in terms of their personal life. He’s the go-to guy if you want to get an answer, and get it quickly.”