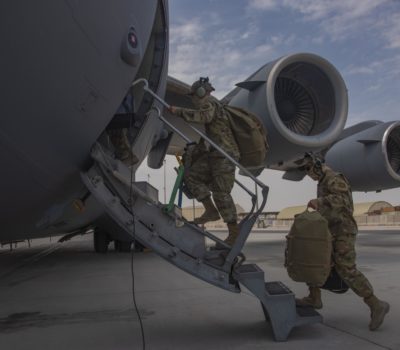 After 20 Years of War, Afghanistan Withdrawal is Officially Complete 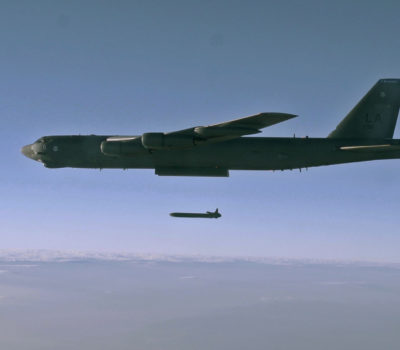 By Greg Hadley
The chairman of the House Armed Services Committee is looking to stop the Air Force’s procurement of the nuclear Long-Range Standoff weapon system, at least until he gets some more information. Rep. Adam Smith (D-Wash.) released his chairman’s markup of the 2022 National Defense Authorization Act on Aug. 30, and included in it were a number of provisions related to the LRSO, the Air Force’s replacement for the nuclear AGM-86B Air-Launched Cruise Missile. 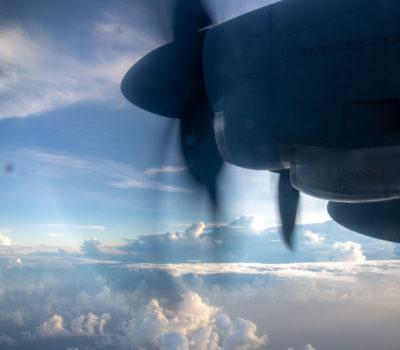 By John A. Tirpak
Air Force bases in the Gulf of Mexico region reported minimal damage and no impact on mission as a result of Hurricane Ida, the largest hurricane ever to make landfall in the region. Maxwell Air Force Base, Ala., is serving as a relief staging area for the Federal Emergency Management Agency. 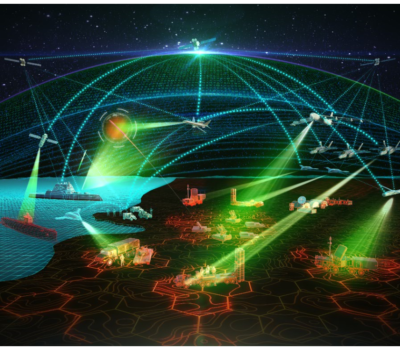 By John Dolan
"The Department of Defense recently declared it now has a 'North Star,' with Secretary of Defense Lloyd J. Austin III’s signing of the joint all-domain command and control (JADC2) strategy. To be clear, JADC2 is not a singular program but instead a strategy designed to accelerate decision-making in an increasingly complex threat environment. The big idea is that if our military commanders can decide faster, then our armed forces can act faster, giving them a clear advantage over the adversaries of our country and its allies. Industry will play a critical role in developing the underlying systems and architectures needed to make JADC2 a reality. While dozens of capabilities will ultimately contribute to the success of JADC2, three stand to shape its very foundation—artificial intelligence, resilient communications, and universal translation," writes John Dolan, vice president of Air and Space Dominance at Raytheon Intelligence & Space.

The Pentagon used a special Hellfire missile that packs no explosives to strike Islamic State militants in Afghanistan on Aug. 28 in retaliation for a suicide bomb attack at the Kabul airport last week, according to two U.S. officials. The airstrike, carried out by a Reaper drone flown from the Persian Gulf region, killed two militants associated with the Afghanistan offshoot of the Islamic State extremist group and injured a third individual.

Iraq Closes In on Drones, Helicopters, and EW From Turkey

The Taliban Reportedly Have Control of US Biometric Devices

In the wake of the Taliban’s takeover of Kabul and the ouster of the Afghan national government, alarming reports indicate that the insurgents could potentially access biometric data collected by the U.S. to track Afghans, including people who worked for U.S. and coalition forces. Afghans who once supported the U.S. have been attempting to hide or destroy physical and digital evidence of their identities. Many Afghans fear that the identity documents and databases storing personally identifiable data could be transformed into death warrants in the hands of the Taliban.

For the first time in its history, the Air Force Technical Applications Center has a Space Force colonel as the vice commander. Col. Richard R. Beckman took the oath of office Aug. 20, officially swearing him into the U.S. Space Force at a ceremony held at the nuclear treaty monitoring center. The colonel arrived at Patrick Space Force Base, Fla., in July and waited until August to transfer from one branch to another after receiving full Senate confirmation to do so.

A woman who cradled a baby in her arms at the airport and posted on social media that she loved her job. A young husband with a child on the way. Another man who always wanted to be in the military. A man who planned to become a sheriff’s deputy when his deployment ended. Heart-wrenching details have emerged about some of the 13 U.S. troops killed in a horrific suicide bombing at Afghanistan’s Kabul airport, which also claimed the lives of more than 160 Afghans.

One of the keys to an agile Space Force acquisition system is to remove barriers between operators and buyers and treat acquisition as a core function of the newest military branch, a study from the RAND Corp. suggests. The study lists other recommendations, including increasing the volume of information that is shared with industry and giving decision-making subordinates more autonomy.

Are we there yet? The next-generation James Webb Space Telescope—the powerful successor to the famous (and famously old) Hubble Space Telescope—has finally finished testing and is ready to be packed up and shipped to its launch site. That’s a big checkmark on the to-do list for the much-delayed observatory. “Webb’s many tests and checkpoints were designed to ensure that the world’s most complex space science observatory will operate as designed once in space,” NASA said.