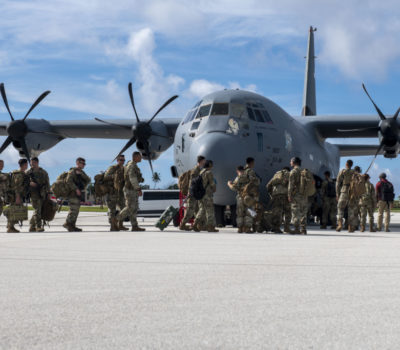 By Brian W. Everstine
The Air Force is overhauling its force generation and deployment model. The aim is to provide a standardized schedule that both Airmen and combatant commands can understand while also providing enough down time for rest and training. Air Force Chief of Staff Gen. Charles Q. Brown Jr., in an exclusive interview with Air Force Magazine, outlined the new “four-bin” model, which he said will be “better aligned with how we present Airmen and airpower to support the joint operations" while also preserving readiness, "not only for today, but for the future.” The Air Force Force Generation (AFFORGEN) model, which is expected to reach initial operational capability in fiscal 2023, is broken down into four “bins,” each lasting six months for a total 24-month cycle. 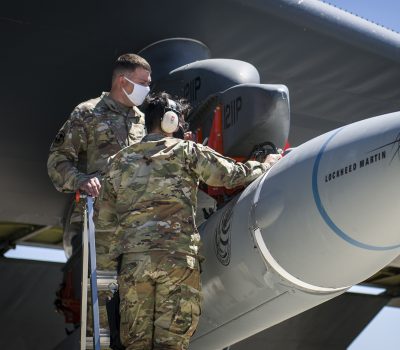 By John A. Tirpak
Getting the Air-launched Rapid Response Weapon hypersonic missile into production before the end of fiscal 2022 depends on quick resolution of last week's failure of the missile to make its first flight, the Air Force's program executive officer for weapons said Aug. 4. He also said it's possible the service could resurrect the cancelled Hypersonic Conventional Strike Weapon, but the Air Force is sticking with ARRW for now. 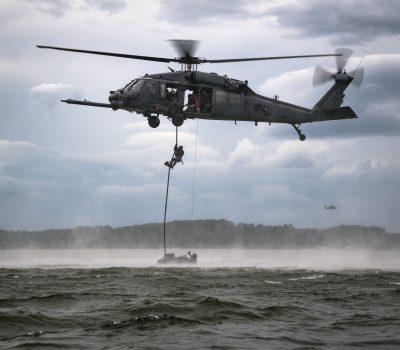 Kelly: Downed Airmen May Have to Get Themselves to Safe Areas

By John A. Tirpak
The combat search-and-rescue mission will be extremely challenging in a fight against a peer adversary, and the focus may have to shift to downed Airmen finding their own way to safety, Air Combat Command boss Gen. Mark D. Kelly said Aug. 3. The future of CSAR is “a tough, tough equation,” Kelly said during a Life Cycle Industry Days seminar run by the Air Force Life Cycle Management Center. The mission may have to change given the long distances and enormous expanses of water in the Indo-Pacific theater and the “speed, the vulnerability, and the range of our current rescue platforms.” 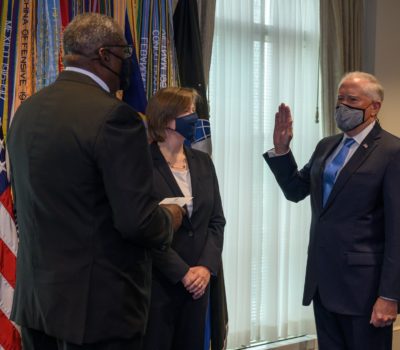 By Greg Hadley
Secretary of the Air Force Frank Kendall has been on the job for a week, but on Aug. 4, he made his ceremonial entrance to the office, getting sworn in by Defense Secretary Lloyd J. Austin III at the Pentagon. In a letter addressed to Airmen and Guardians, released shortly after he arrived on the job, Kendall revealed his mantra as "One Team, One Fight." 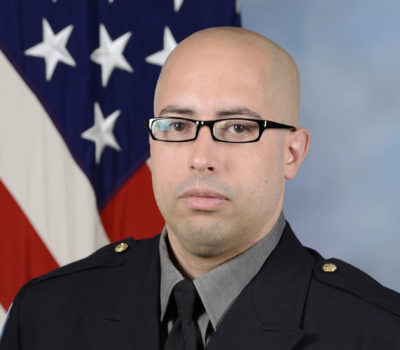 By Greg Hadley
Law enforcement officials identified both the officer killed and the suspect who died in the Aug. 3 attack at a bus stop outside the Pentagon. Officials also announced that a civilian bystander was injured during the incident.

Senate appropriators on Aug. 4 backed White House plans for another substantial boost in funding for the Department of Veterans Affairs next year, signaling strong support for the idea across congressional chambers. The committee also supported plans from the administration and House appropriators to spend about $11 billion in military construction projects next year, even as lawmakers continue to argue over the total level of defense spending for fiscal 2022.

The possibility of taking the decision to prosecute nonmilitary and sex crimes out of the chain of command has dominated headlines and gotten the most attention of military officials, but members of the Independent Review Commission on Sexual Assault in the Military are warning that adjudication is just one small piece of the puzzle. Congressional attention has largely been focused on just one section of the commission’s nearly 300-page report, but members of the panel say that without implementing other recommendations, the military’s response to sexual assault and harassment will fall flat.

Working to strengthen the United States' relationship with Central and South American countries will be central to stemming off growing Chinese and Russian influence in the region, U.S. Army Lt. Gen. Laura J. Richardson told lawmakers during her confirmation hearing to be the next U.S. Southern Command commander.

Defense titan Lockheed Martin named a longtime company veteran as its acting chief financial officer Aug. 3 after Kenneth Possenriede suddenly retired. Treasurer and Vice President John Mollard will temporarily take over for Possenriede, who became CFO in 2019. Possenriede decided to immediately retire due to personal reasons, the company said in a news release. Mollard worked for Lockheed Martin for nearly four decades including as the corporate treasurer for the past five years.

Ahead of putting experimental directed energy weapons onto its fighter jets, the Air Force is testing how these systems will operate at high speed and high altitude by trialing them in wind tunnels. Equipping fighters with directed energy, or DE, weapons, which use high-energy lasers or microwaves to engage threats, is a long-standing Air Force ambition, but one that has suffered from some well documented delays. The latest wind tunnel work may help address some of the problems encountered so far.

The University of North Dakota is set to become the first university to partner with the U.S. Space Force, through the agency’s University Partnership Program. UND administrators and Space Force officials will sign a memorandum of understanding Aug. 9, that will mark the beginning of an official relationship, according to a news release. The partnership is meant to harness educational and research capabilities of top universities and address workforce development skills for those working in, or wishing to work in, the space sector.

Lawmakers got their first look Aug. 2 at Afghans moved to Fort Lee, Va., the first wave of immigrants who had helped U.S. forces and are fleeing the country as the Taliban continues to conquer large swathes of territory. In an interview with Military.com on Aug. 3, Rep. Michael Waltz, R-Fla., described the conditions for the Afghans, who have been waiting for visas to be processed under a special program designed to help protect those who had worked with coalition forces and were facing threats from those opposing the U.S. presence in Afghanistan.

The Grey Wolf helicopter needs some design changes before it can achieve Federal Aviation Administration certification, which will delay the helicopter’s progress to Milestone C, the move to production for a major weapon system. Boeing and the Air Force made erroneous assumptions about what certifications would be required for the helicopter, Col. William Rogers, the service’s program executive for intelligence, surveillance, reconnaissance, and special operations forces, told reporters Aug. 3.

For Air Force Staff Sgt. Kyle Johnson, his bond with his 9-year-old German Shepherd is a special one. "He never leaves my side, no matter where we go," Johnson said. He's not just Chickel's owner, but also his former partner. In January 2020, Johnson was stationed in South Korea, leaving behind his wife and two children. Leaving his family was a hard transition, but then he met Chickel.