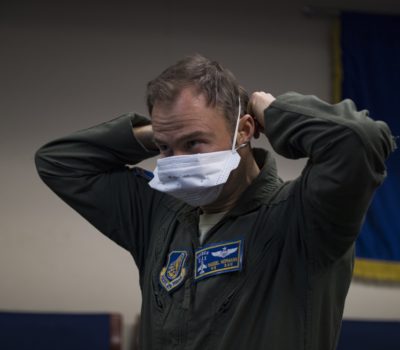 By Brian W. Everstine
The Defense Department is directing the return of masks for all personnel in areas with increasing COVID-19 cases following updated Centers for Disease Control and Prevention guidance. Deputy Defense Secretary Kathleen H. Hicks on July 28 issued a memo to all Defense Department personnel directing everyone, regardless of vaccination status, to wear masks while in indoor settings at DOD installations and other facilities “in areas of substantial or high community transmission” as outlined by the CDC. “Today’s announcement applies to all service members, federal personnel, contractors, and visitors when indoors at all properties owned by the department in those areas, in accordance with updated CDC guidelines,” the Pentagon said in a statement. 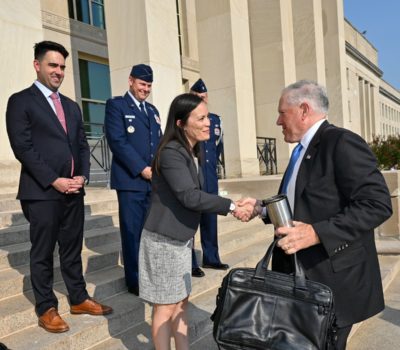 By Brian W. Everstine
Frank Kendall arrived at the Pentagon and administratively swore in as the 26th Air Force Secretary on July 28, giving the department its first permanent civilian leader since January. The Senate confirmed Kendall two days earlier, following a drawn-out confirmation process that included holds from multiple senators. On July 27, John P. Roth, who had held the role of acting Air Force Secretary since Jan. 20, stepped down from the position. In a letter to Airmen and Guardians, Roth wrote that serving for the past six months has been “the honor of a lifetime.” 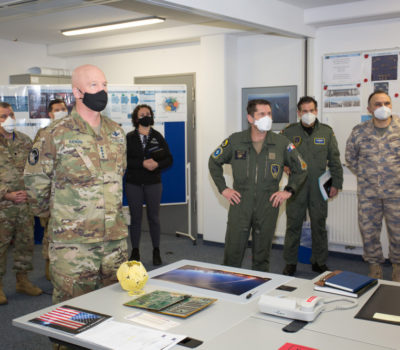 By Abraham Mahshie
America’s partners and allies will increasingly help foot the bill and strengthen U.S. Space Force capabilities, Vice Chief of Space Operations Space Force Gen. David D. Thompson said during a virtual Mitchell Institute for Aerospace Studies event July 28. “That has changed dramatically in the last several years, in large part due to the activities of potential adversaries,” said Thompson, noting that countries once hesitant to cooperate militarily in space are now asking where they can make investments. 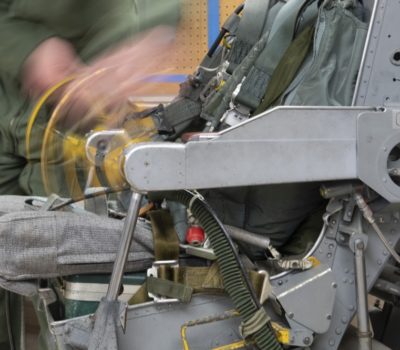 By Greg Hadley
A pair of House Armed Services subcommittees, in markups of the 2022 National Defense Authorization Act, pushed back on some Air Force efforts to divest of legacy platforms while also pressing the service to examine the issue of ejection seat safety. On July 27, the seapower and projection forces subcommittee released its markup, which includes a provision requiring the Air Force to retain a minimum of 287 C-130 aircraft. In its 2022 budget request, USAF had said it planned to gradually reduce the fleet from just over 300 to 255 airframes while it looked to the future of tactical airlift. 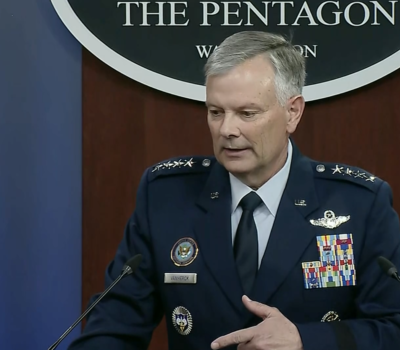 By Abraham Mahshie
U.S. Northern Command boss Air Force Gen. Glen D. VanHerck said U.S. Space Command played a critical role in a recently completed exercise that used artificial intelligence across all 11 combatant commands to provide deterrence options in a logistics-restricted environment. The experiment, the third in a series, used software technology available now to take in vast amounts of raw data and intelligence, analyze it, and provide solutions for decision-makers within seconds instead of days. “I don't want to be shooting down cruise missiles over the National Capital Region or in our country,” VanHerck said. 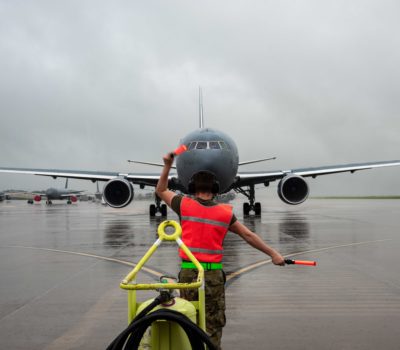 Boeing Back to Profitability, Takes No Charge on KC-46 in Second Quarter

By John A. Tirpak
After six straight quarterly losses, Boeing reported profits of $755 million in the second quarter of 2021, a year after posting a $3.32 billion loss. Company officials reported no new loss on the KC-46 tanker, on which the company has lost $5 billion so far. Defense programs led the recovery.

Lockheed Martin has been awarded a $62.2 million contract to supply the Air Force with parachute and drag chute systems for its F-35 Lightning II fighters. The contract includes 190 parachutes and 56 drag chute systems to be delivered on or before September 2025. Similar to conventional parachutes, a drag chute system slows the F-35A on landing, providing control and stability for pilots. The wind force employed allows the aircraft to land safely on short, wet, or icy runways.

California National Guard members will be ordered to get vaccinated against COVID-19 by early August or face regular testing, Military.com has learned. The mandate comes despite the fact that the Defense Department does not have a vaccination requirement for the rest of the force. Gov. Gavin Newsom on Monday announced California will require all state employees to be vaccinated or face weekly testing. That will include the state’s National Guard, for which Newsom serves as commander-in-chief, a spokesperson for the Guard confirmed July 27.

A House panel is recommending some large changes to military policies that deal with issues such as sexual assault, military hunger and child care—but it’s acquiescing two of this year’s blockbuster issues to the full House Armed Services Committee. The House Armed Services military personnel subcommittee is suggesting a 2.7 percent pay increase for service members and expanding parental leave for troops to 12 weeks.

President Joe Biden on July 28 issued a national security memorandum on improving the cybersecurity of critical infrastructure, with the goal of encouraging critical infrastructure owners and operators to voluntarily adopt better cybersecurity standards. The memorandum is intended to address what a senior administration official described Tuesday evening as the nation’s “woefully insufficient” cybersecurity posture; it also comes less than 24 hours after Biden stated that a cyberattack could someday lead to a “real shooting war.”

OPINION: Peace in the Era of Weaponized Space

“We are on the verge of a new era in space security: the age of diverse and highly capable dual-use space systems that can serve both peaceful and anti-satellite (ASAT) purposes. These new systems, such as spacecraft capable of undertaking rendezvous and proximity operations (RPOs), ground-based lasers capable of interacting with space objects, and actions in cyberspace, cannot feasibly be banned; nor should they be, as they promise immense civil and commercial benefits. Instead, we must find ways to maintain peace despite their presence,” write Brian Chow, an independent policy analyst, and Brandon Kelley, director of debate at Georgetown University and a graduate student in the Security Studies Program.

The First XQ-58A Valkyrie is Already Headed to a Museum

The first of the U.S. Air Force’s XQ-58A Valkyrie stealthy, affordable unmanned aircraft is being prepared as a museum exhibit after completing its flight-test career after just four public missions. Originally developed by drone-maker Kratos under the Low Cost Attritable Aircraft Technology program, or LCAAT, the XQ-58A in question suffered a mishap in late 2019 while completing its third flight but was subsequently repaired and flew again.

Chief Master Sgt. of the Air Force JoAnne S. Bass may be good at slaying trolls on Facebook and leading pro-women uniform changes in her branch, but one thing she’s not good at is playing Mario Kart, as Airmen found out in a very public fashion July 26.