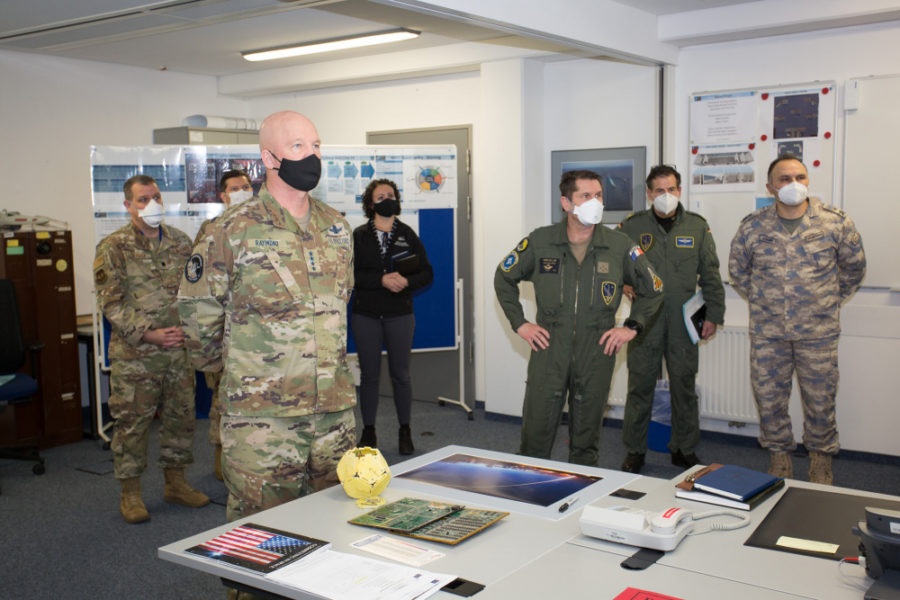 “That has changed dramatically in the last several years in large part due to the activities of potential adversaries,” said Thompson, during a virtual Mitchell Institute for Aerospace Studies event, noting that countries once hesitant to cooperate militarily in space are now asking where they can make investments.

“These countries have been asking for several years, and we’ve been effective to some extent, ineffective in total,” he added. “They’ve been much more excited about, ‘Where can we help?’ and ‘What should we be doing?’”

Thompson said immediate areas where cooperation can happen are in communications, data relay, and space domain awareness, plus “a whole host of other things we can share and partner with that they’re ready to move out with immediately,” he said.

Thompson said those partner nations that are warming to military space cooperation are coming to realize the implications of an inability to operate in space. The allies and partners, in turn, have asked the United States to help them understand where they should invest.

In 2020, a partnership with Norway to put two communications satellites in orbit years earlier than planned will save the Space Force $900 million.

A deal with Japan will allow the U.S. to launch two payloads on Japan’s Quasi-Zenith Satellite System in 2023 and 2024 with optical sensors to improve space domain awareness.

A former senior Pentagon official who worked on national security space told Air Force Magazine that the agreements give partners access to and a stake in vital space intelligence used to defend and protect American and partner assets. Geographically dispersing terrestrial assets is also necessary.

“To do [space domain awareness] well and effectively you’d have a mixture of sensors spread across the globe,” the former official explained. “So, radars, telescopes, etc.”

One of America’s top space allies, the United Kingdom, still has a global footprint with areas close to the equator, prime for viewing the geostationary belt, the former official said. Another space partner, Australia, has a large radar in an important part of the world. U.S. companies are now launching from New Zealand, too.

“There’s continued interest in other countries developing more spaceports,” the former official said. “From a resiliency perspective, the more places around the world that we can launch from, the better.”

Many partners and allies have also increased their participation in the Schriever Wargame space training event, Thompson said.

“In the last decade, [we have] certainly focused much, much more on [wargames] with our partners,” Thompson said, noting cooperation on the operational and policy level that has helped partners and allies to understand threats, challenges and needs in the space domain.

“In the past, we owned it all. We did it all. We had this culture that basically says, ‘We’re our own independent, self-contained enclave, and whatever we need, we build, we field, and we operate, and we use,” he said. “We can’t afford to do that anymore.”