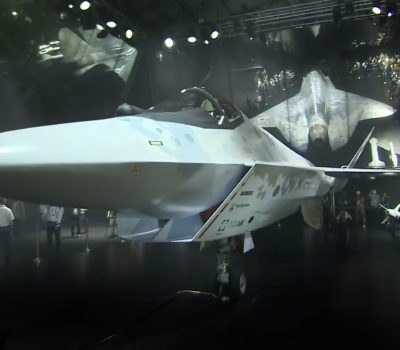 By John A. Tirpak
Russia officially unveiled its new Checkmate fighter at the MAKS airshow July 20, offering a series of ambitious performance claims about the jet, which it is clearly promoting as a low-cost, single-engined alternative to the F-35 in the world market. Company officials said an unmanned version may become available. Yury Slyusar, general director of United Aircraft Corp.—parent company for all of Russia's aircraft makers—said Checkmate will be capable of defeating “fifth-generation foreign aircraft” and will be able to “withstand sixth-generation systems that may appear in coming decades." The company did not say whether the article on display was a mockup or prototype. 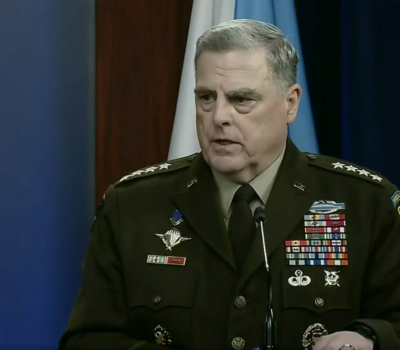 Milley: Taliban Has Momentum, but ‘Endgame’ Not Decided in Afghanistan

By Brian W. Everstine
The Taliban controls approximately half of all district centers in Afghanistan, but the Afghan military is consolidating its forces to protect population centers and the “endgame” is not yet written, the U.S. military’s top general said July 21. Chairman of the Joint Chiefs of Staff Gen. Mark A. Milley, during a briefing at the Pentagon, said the Taliban takeover is not a “foregone conclusion” as Afghan forces are still well-trained and equipped. The Taliban controls about 213 district centers, about half of the total 419, and is fighting to cut off population centers, such as provincial capitals and Kabul. While the Taliban has encroached on them, the group has not captured any of the 34 provincial capitals. 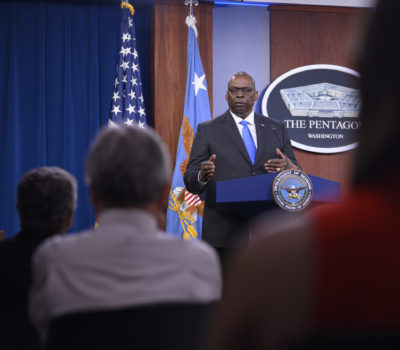 By Brian W. Everstine
Senior Pentagon leaders would “like to see more” nominations and confirmations for top Defense Department civilian positions as several key spots remain vacant, but Defense Secretary Lloyd J. Austin III played down concerns regarding the impact of the slow pace of picks. “This is something … all of my leadership [team] remains focused on each and every day, and we continue to work with the White House to make sure that we have quality and qualified applicants to fill these seats,” Austin said during a July 21 briefing. 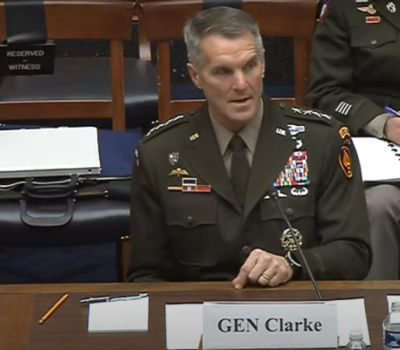 By Brian W. Everstine
U.S. Special Operations Command expects a future armed overwatch fleet to quickly reach full utilization, including one squadron deployed at all times, to meet a growing global need for intelligence, surveillance, and reconnaissance. SOCOM wants to buy 75 of the aircraft, and Air Force Special Operations Command has said it wants procurement to start in fiscal 2022. SOCOM boss Army Gen. Richard D. Clarke, in testimony to the House Armed Services subcommittee on intelligence and special operations, said the armed overwatch program is coming on as existing systems are aging out, showing the requirement for the aircraft procurement to continue. 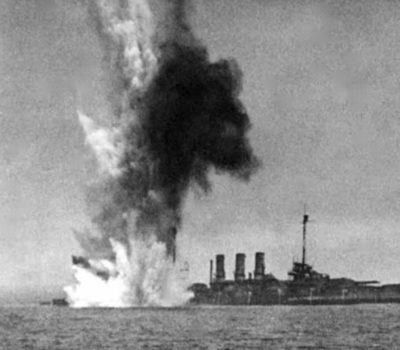 Billy Mitchell and the Battleships

By John T. Correll
July 21, 2021, marked the 100th anniversary of the sinking of the Ostfriesland, a former German battleship, by aerial bombardment from a brigade led by Brig. Gen. William Mitchell in a demonstration of the superiority of airpower. To commemorate the occasion, Air Force Magazine is republishing this 2008 magazine feature recounting the historic episode.

The Pentagon should start electronically connecting its most important weapons first as it builds a broader strategy to link everything on the battlefield, the head of the world’s largest defense contractor says. Lockheed Martin CEO James D. Taiclet also believes companies should help write the technical standards for the Pentagon’s effort, just as private industry did with mobile phone standards in the 1990s that laid the foundation for the current generation of commercial wireless.

The Air Force signed a new document solidifying the foundational concepts that underpin one of its highest priority technology modernization programs, the Advanced Battle Management System. The “JADC2 Supporting Concept” document will guide changes the Air Force will make in how it is connecting data from sensors across a battlefield through the ABMS. ABMS is essentially the Air Force’s internet of things for war, made within the broader framework of joint all-domain command and control (JADC2) that aims to get the entire military to link its sensors and platforms across all domains of battle.

The Air Force Research Laboratory at Kirtland Air Force Base, N.M., has released a new analysis of the Department of Defense’s investments into directed energy technologies, or DE. The report, titled “Directed Energy Futures 2060,” makes predictions about what the state of DE weapons and applications will be 40 years from now and offers a range of scenarios in which the United States might find itself either leading the field in DE or lagging behind peer-state adversaries. In examining the current state of the art of this relatively new class of weapons, the authors claim that the world has reached a “tipping point” in which directed energy is now critical to successful military operations.

Troops Younger Than 21 Could Again Buy, Use Tobacco Products Under Proposed Change

Service members under 21 years old would once again be allowed to buy and use tobacco products on military bases under a proposal being pushed by a Republican senator this week. Sen. Tom Cotton (R-Ark.), is expected to offer language to make the change as part of the Senate Armed Services Committee’s debate on the annual defense authorization bill.

Peterson, Schriever, and Cheyenne Mountain to Get New Names

According to Pentagon planners, networked capabilities—like joint all-domain command and control (JADC2), the Army’s Project Convergence, and the Air Force’s Advanced Battle Management System (ABMS)—are among the keys to the new American way of war. All of them depend on software and networks—and many of them don’t communicate well with each other. It seems like a problem that should be solvable. But Heather Penney, the famed F-16 pilot ordered to ram Flight 93 on 9/11, is concerned that the department’s “bean counters” and “lawyers” who often stifle innovation and slow the development of critical and complex software might make All Domain Operations unachievable.

Safe deployment of satellites by governments and commercial companies is going to be increasingly difficult in the absence of globally accepted rules and incentives to make space a sustainable environment, executives said. Current efforts to develop “norms of behavior” for safe space operations are fragmented and not well coordinated, said Jennifer Warren, vice president of civil and regulatory affairs at Lockheed Martin.

How Japan Chose Where to Base its F-35s

Japan’s defense minister has confirmed that the U.S. ally will base its Lockheed-Martin F-35B Lightning II Short Take off and Vertical Landing, or STOVL, fighter jets at the southernmost of Japan’s four main islands. Nobuo Kishi, the Japanese minister of defense, said July 16 that the Japan Air Self-Defense Force base of Nyutabaru on the east coast of the island of Kyushu was “the best fit” to deploy the stealthy fifth-generation fighter. The base is currently home to an operational and a training squadron of JASDF Mitsubishi F-15J/DJ Eagle interceptors and is the southernmost JASDF combat base on Japan’s main islands.

Mahala Norris added a final first to her Air Force career on Tuesday, becoming the first Falcon to be named Mountain West Female Athlete of the Year. Norris' senior season included a national championship in the steeplechase at the NCAA Outdoor Track and Field Championships as well as Mountain West championships (and meet records) in cross country, the steeplechase, and the indoor 5,000-meter run. Norris' conference title in cross country was the first for an Air Force woman.