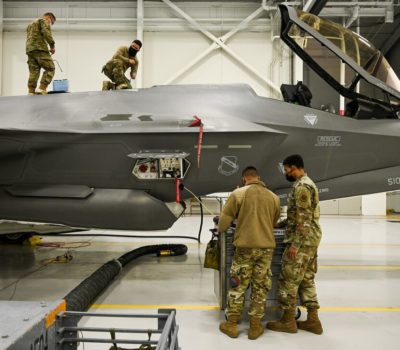 By John A. Tirpak
In the wake of threats by members of Congress to cut buys of the F-35 over its high sustainment costs, the Government Accountability Office is recommending that just such a course of action be considered until the fighter’s operating costs come under control. The GAO recommends that the Pentagon get realistic about “affordability constraints” in the F-35 program so that the services—particularly the Air Force—don’t buy more of the fighters than they can pay to operate. 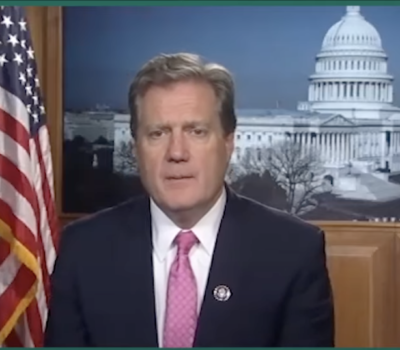 By Abraham Mahshie
The list of Russian “exotics”—its most modern nuclear weapons systems—is starting to worry members of Congress. Skyfall is a nuclear cruise missile that can orbit the Earth. Poseidon is a submarine-launched, nuclear-capable torpedo that can emerge from beneath the waves and strike coastal cities. And Russia is the only great power now fielding hypersonic weapons, with China close behind and the U.S. throwing billions of dollars behind an effort to catch up within a decade. Fundamental to protecting against these threats is fully funding America’s missile defense capabilities, argued the ranking member of the House Armed Services strategic forces subcommittee, Ohio Rep. Mike Turner, during a virtual Hudson Institute event July 7. 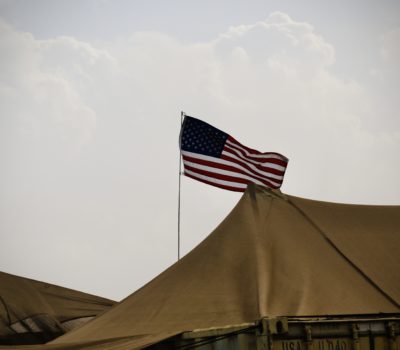 By Brian W. Everstine
Two U.S. troops were injured when rockets hit al-Asad Air Base, Iraq, on July 7, the latest in a series of rocket and small drone attacks on American positions inside the country. Fourteen rockets impacted the base and its perimeter and “force protection defensive measures were activated,” Operation Inherent Resolve spokesman Col. Wayne Marotto said in a statement. After a full accounting, two personnel sustained minor injuries as the damage was being assessed, he said. 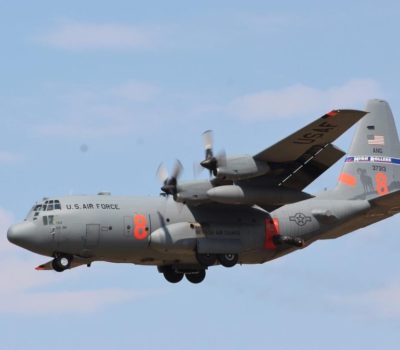 By Brian W. Everstine
A third specially equipped Air Force C-130 joined firefighting efforts in California this week as flames burn in five large fires in northern California. The Modular Airborne Firefighting System-equipped C-130H from the Nevada Air National Guard’s 152nd Airlift Wing began operating out of the former McLellan Air Force Base in Sacramento, Calif., on July 5. The C-130 flew three of the 13 total MAFFS retardant drops that day. As of July 6, three aircraft have dropped more than 152,000 gallons of fire retardant on the fires. 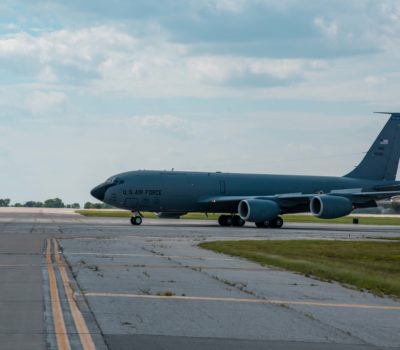 By Brian W. Everstine
MacDill Air Force Base, Fla., cleaned up limited flooding and debris after Hurricane Elsa passed through early July 6 and headed north into Georgia and South Carolina. After the storm passed the Gulf Coast base, MacDill said it moved to “recovery operations” for several hours to clean up before lifting its hurricane condition and fully reopening. The base had sent its KC-135s to McConnell Air Force Base, Kan., in anticipation of the storm. The storm passed through Moody Air Force Base, Ga., during the afternoon of July 7. The base was expecting strong winds and heavy rain, with a flood watch for the area.

Defense Department senior leaders have had “preliminary discussions” about making the COVID-19 vaccine mandatory for all U.S. troops once the vaccines receive full approval from the Food and Drug Administration, Pentagon spokesperson John Kirby said during a Tuesday afternoon press briefing. Kirby was adamant that the vaccine remains voluntary — for now.

A federal judge wrote that the Air Force was “60% responsible" for the deaths and injuries at First Baptist Church in Sutherland Springs.

A Pentagon watchdog is raising the alarm about the military’s prolonged exploration into 3D printing, after discovering officials at several agencies are failing to manage crucial cybersecurity controls necessary for operating the technology safely. As a result, Defense Department components working with the technology, formally known as additive manufacturing, are “unaware of existing AM system vulnerabilities that exposed the DoD Information Network to unnecessary cybersecurity risks,” according to a new report published by the Defense Department inspector general today.

The Air Force is building a plan to move promotion tests for enlisted airmen online, a change in the works after the service recently lost dozens of completed paper exams en route to Texas. “It’s 2021, and the fact that we’re not electronic testing, I think, makes all of us as senior leaders absolutely crazy,” Lt. Gen. Brian Kelly, deputy chief of staff for manpower, personnel and services, said during a June 28 Facebook town hall.

The Air Force’s 67th Cyberspace Wing is experimenting with a new method for doling out tasks to defensive cyberspace operators.

How JEDI’s Ghost Will Bring Bitter Rivals Together

The death of the Pentagon’s controversial cloud computing mega-contract likely puts Amazon and Microsoft in a new sort of partnership.

The U.S. Navy refueled an aircraft using an unmanned drone for the first time. The MQ-25 Stingray, which uses the Navy’s probe and drogue refueling system, refueled an F/A-18 Super Hornet near Illinois.