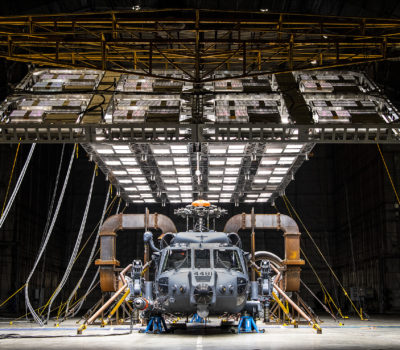 By Brian W. Everstine
The Air Force’s next combat rescue helicopter, the HH-60W Jolly Green II, concluded 23 months of developmental testing on April 13. Since its first flight in May 2019, a joint Air Force and Sikorsky team has flown more than 1,100 test hours in six aircraft, with the final test focused on the aircraft’s weapons systems, according to an Eglin Air Force Base, Fla., release. Next, the aircraft that were at Eglin will be modified and then move on to their units. Follow-on testing begins next year at the Combat Search and Rescue Combined Test Force at Nellis Air Force Base, Nev. 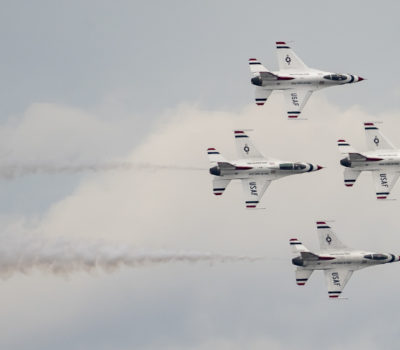 By Brian W. Everstine
The Thunderbirds will kick off their 2021 season on April 17, debuting an overhauled aerial performance routine following a 2020 air show season largely canceled because of the COVID-19 pandemic. The U.S. Air Force Demonstration Team will debut the new routine at the Cocoa Beach Air Show in Florida April 17-18, the first of more than 20 scheduled air shows on the calendar. Without a full season last year, the team focused on “enhancing” both aerial and on-the-ground demonstrations, according to a release, the first major update to the routine since 1983, when it began flying the F-16. 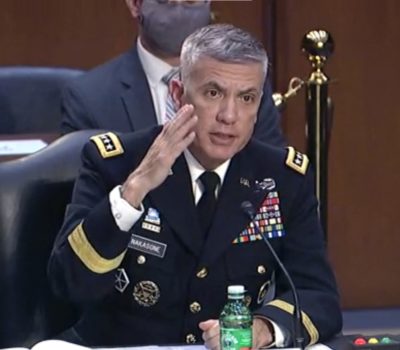 By Amanda Miller
At a hearing following the release of the 2021 Annual Threat Assessment of the U.S. Intelligence Community, Senators pressed U.S. intelligence chiefs on whether the United States is doing enough to deter and respond to foreign governments' hacking activities. U.S. Cyber Command boss Gen. Paul M. Nakasone countered that while rivals may not fear a U.S. response, they now know the U.S. is not “standing by on the sidelines, not being involved.” 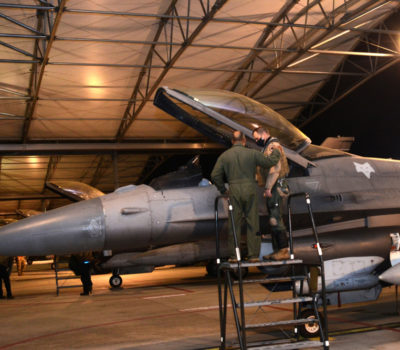 By Brian W. Everstine
About 300 Airmen and F-16s from the South Carolina Air National Guard’s 169th Fighter Wing deployed to Prince Sultan Air Base, Saudi Arabia, recently for an expeditionary force deployment. The F-16s, deployed to the 378th Air Expeditionary Wing, will “increase defensive capabilities against potential threats in the region,” the wing said in a release. The deployment is the largest for the wing since 2018, and will last “several months.” 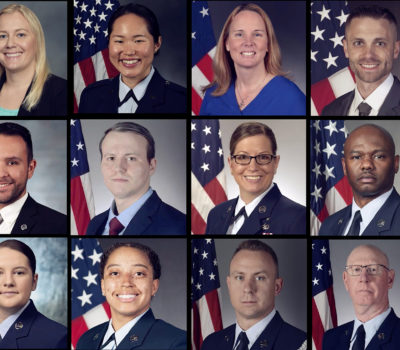 By Amy Hudson
Chief of Space Operations Gen. John W. “Jay” Raymond and Chief Master Sergeant of the Space Force Roger Towberman announced the 2019 USSF Outstanding Airmen, Guardians, and Civilians of the year in a video posted to social media on April 13. “The 12 of you form the very best of our nationally critical service. Your actions deliver advantages every day to the nation, to the joint force, and to the American people,” Raymond said. “… Thank you for pushing the limits of what's possible, for changing the status quo, for challenging us to rethink our assumptions, for orienting our actions in a warfighting domain. Each of you live our motto, you ensure our nation is ‘Always Above.’” 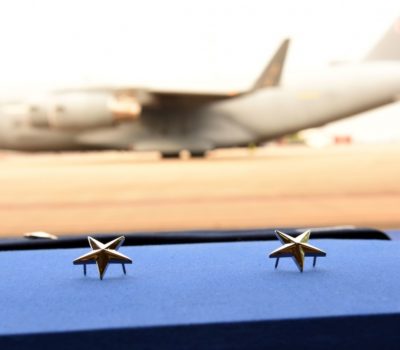 By Brian W. Everstine
The U.S. Space Force will get a new two-star general, and several USSF and USAF colonels have been nominated to receive their first star, in a slate of nominations announced April 15. Air Force Brig. Gen. David N. Miller Jr. has been nominated to the rank of major general. He is serving as the assistant deputy chief of space operations for operations, cyber, and nuclear for the Space Force at the Pentagon, according to a Defense Department release.

The military’s already slow rollout of the coronavirus vaccine in Europe looked likely to stall Wednesday after the Pentagon suspended use of the single-dose Johnson & Johnson vaccine amid reports that it may cause rare blood clots.

A curfew will go into effect in Kaiserslautern at the end of the week after the city saw a sharp rise in coronavirus infections, officials said Wednesday.

By several measures, the 48th annual Air Force Assistance Fund campaign at Wright-Patterson Air Force Base is already a success.

Space simulation and analytics solutions provider Slingshot Aerospace has secured a $1.2m contract to develop a missile warning visualisation tool for the US Space Force

Most parts of Jaime Alvarado’s daily duties have barely changed since he officially went from being a specialist in the Air Force to a guardian in the U.S. Space Force

The US lacks both the technology and the organizational coherence to ensure enough intelligence—and the right kind of intelligence—on space threats is being provided to military commanders, Intelligence Community officials say.

Leaders call for robust situational awareness and a highly trained space intelligence cadre for warfighting in the space domain.

“There is a significantly increased interest among our allies for the north and the Arctic,” said General Eirik Kristoffersen, head of the Norwegain Armed Forces in a phone interview with the Barents Observer.

A drone dropped explosives near U.S. forces stationed at Erbil airport in northern Iraq late on Wednesday, Kurdish officials said, with no immediate reports of casualties.

U.S. Air Force, in partnership with full-service creative agency, GSD&M, launches the largest virtual multiplayer puzzle for the entire world to solve together. “Million Piece Mission” was created with a 1.03 gigapixel image of the fourth building of the National Museum of the U.S. Air Force, taken shortly after the building’s opening in 2016 by photographer John Opie.