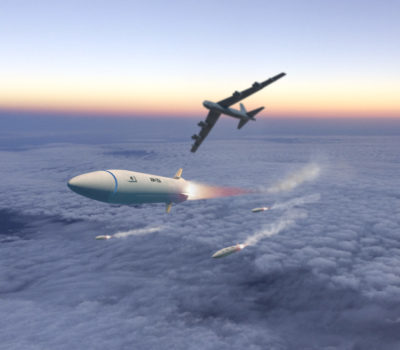 The U.S. Is Playing Catch-Up on Hypersonics. Here’s How.

By John A. Tirpak
The United States is on a crash course to field prototype hypersonic weapons within three years, with more elaborate and mature systems to follow soon after. Flight tests will ramp up quickly this year, with follow-on tests as frequently as every six weeks over the next four years. But before the weapons can go mainstream, the U.S. must build the human and physical infrastructure to support them, said Michael E. White, the assistant director for hypersonics in the office of the Undersecretary of Defense for Research and Engineering. 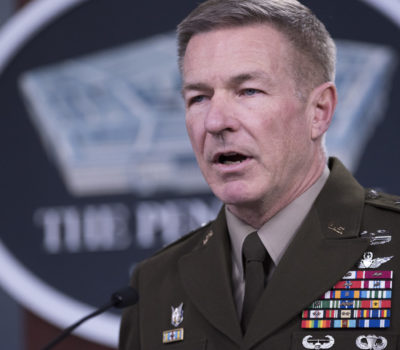 By John A. Tirpak
The Army's new vision dubs it an “All-Domain” Army and envisions “expanding … into the maritime, air, space, and cyber domains” while seizing new roles in long-range strike and suppressing enemy air defense. A new white paper released March 16 declares that, while part of the Joint force, the Army holds a pre-eminent role in combat by virtue of its size, and surmises that the other services should adopt its methodologies. Titled, “Army Multi-Domain Transformation: Ready to Win in Competition and Conflict,” and released by Army Chief of Staff Gen. James C. McConville, the paper envisions a “bold transformation” of Army organizations, weapons, and strategy, to “provide the Joint Force with the range, speed, and convergence of cutting-edge technologies that will be needed to provide future decision dominance and overmatch required to win the next fight.” 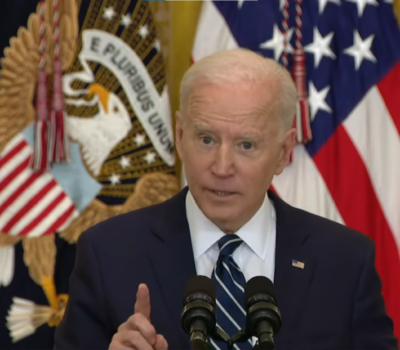 By Brian W. Everstine
President Joe Biden said the U.S. will “respond accordingly” if North Korea continues to escalate following the March 25 test launch of two short-range ballistic missiles, which he said violated a United Nations resolution. During his first press conference in office, he said the test launches show that North Korea is the top foreign policy crisis the U.S. faces. His administration is consulting with allies, and Biden said he is “prepared for some form of diplomacy, but it has to be conditioned upon the end result of denuclearization.” 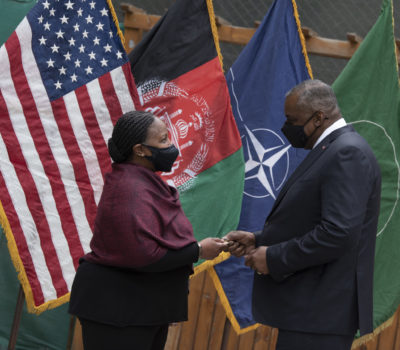 By Brian W. Everstine
President Joe Biden on March 25 reiterated that it will be difficult for U.S. forces to leave Afghanistan by the May 1 deadline, but said American troops will come home soon. “It’s hard to meet the May 1st withdrawal deadline,” Biden said during his first press conference in office. “We are working with our allies. We are not staying a long time. We will leave, the question is when we leave.” When asked if U.S. forces will remain in Afghanistan next year, Biden was definitive, saying, “I can’t picture that being the case.” 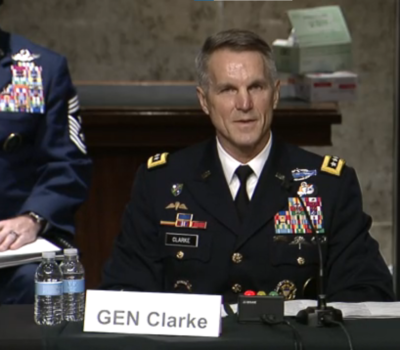 Training Base Evacuates T-38s to Florida Amid Severe Weather Threat

Columbus Air Force Base in Mississippi has evacuated some of its T-38 Talon training jets to Florida’s Space Coast as severe weather threatens to batter parts of the South this week.

EXPLAINER: What North Korean Missile Tests Mean for US Relations

New U.S. president, same old North Korean playbook. Almost. Two months after President Joe Biden took office, North Korea is again turning to weapons tests to wrest outside concessions. But the tests so far have been relatively small compared to past launches. That indicates Washington has a window of engagement before North Korea pursues bigger provocations.

Duped by Duffel Blog, a Congressman Claims that the VFW and American Legion Were Labeled Hate Groups

The military-centric satirical website was inadvertently cited during a March 24 hearing about extremism in the military, in which several Republican lawmakers argued that the Defense Department could end up infringing on troops’ First Amendment rights by trying to get rid of White supremacists from the ranks. Were Labeled Hate Groups

‘We Need to be Agile’: Spangdahlem Unit Trains for Smaller, Faster Deployments

U.S. Air Force units across Europe are training to rapidly deploy small units to foreign airfields during a crisis, using methods updated from the Cold War to deter potential Russian aggression on the Continent.

Turkish Foreign Minister Mevlut Cavusoglu said he told U.S. Secretary of State Antony Blinken on March 24 that Ankara’s purchase of Russian air defences was “a done deal,” adding that the NATO allies needed a roadmap to discuss their disagreements.

“The real differentiator here is the acquisition strategy, with a lot of competition—a lot of ‘fly before you buy’—built in,” CSIS' Tom Karako says. “The relatively longer NGI development timeline for homeland ballistic missile defense can be mitigated by near-term improvements” in ground missile defense.

A construction project designed to test the energy efficiency of barracks huts, or B-Huts, could ultimately result in saving lives.

A DARPA pilot program designed to hook U.S. investors up with startups developing emerging technology funded by the agency is set to expand, a senior official said March 24.

The Air Force and Space Force are making technology investments to prepare for current and future energy challenges.

North Korea test-fires ballistic missiles in message to US

A bill to improve healthcare and benefits of military personnel exposed to toxic substances was reintroduced in the U.S. Senate this week.

An F-35 pilot makes a video that looks to break down why he thinks the Joint Strike Fighter has garnered such “negative” attention lately.