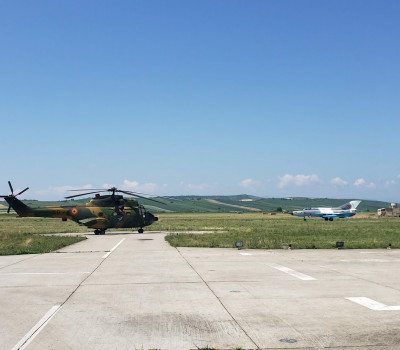 By Brian W. Everstine
Air Force MQ-9s have a new permanent home in Romania. U.S. Air Forces in Europe announced Jan. 4 that Reapers and about 90 Airmen are now based at Romanian Air Force Base 71 at Campia Turzii. The surveillance and attack drones are assigned to the 31st Expeditionary Operations Group, Detachment 1, under the 31st Fighter Wing at Aviano Air Base, Italy. “The forward and ready positioning of our MQ-9s at this key strategic location reassures our allies and partners, while also sending a message to our adversaries that we can quickly respond to any emergent threat,” Gen. Jeffrey L. Harrigian, the United States Air Forces in Europe and Air Forces Africa commander, said in a release. USAFE did not disclose the number of Reapers that will be assigned to the base, which houses a unit of Romanian Air Force MiG-23 fighter jets. 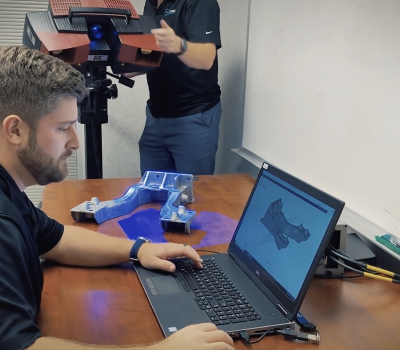 By Rachel S. Cohen
The Air Force’s Rapid Sustainment Office is again reaching out to industry for new approaches to three-dimensional scanning so it can replicate aircraft parts that are no longer in production. On Jan. 4, the RSO published a call for a “cutting-edge, automated 3D scanning system” that can create models to reproduce machine parts. That scanner should be able to gather the data for a blueprint showing complex, even hidden, geometry as well as color and reflectivity. A request for proposals is slated for release on Feb. 4, with ideas due March 5 and a contract on tap for March 31. 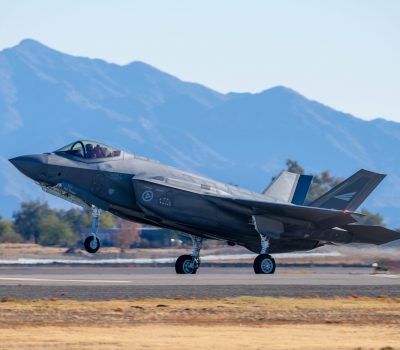 By John A. Tirpak
The F-35 will miss yet another deadline for completing final tests and being approved for full-scale production, according to a memo from Pentagon acquisition and sustainment chief Ellen Lord. The sticking point is integration of the F-35 with a wargaming simulation system. This has gone slowly because the programming must be done in secure facilities, challenged by the COVID pandemic. An independent entity will help set a new timetable for passing the milestone. 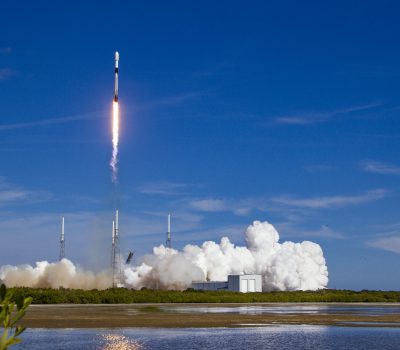 By Rachel S. Cohen
SpaceX will carry data-transport and missile-tracking satellites to orbit for the Space Development Agency, the Pentagon said Dec. 31. SpaceX won a $150.5 million contract for two launches from Vandenberg Air Force Base, Calif., starting in September 2022. The entire constellation of up to 28 initial satellites, known as “Tranche 0” of the transport and tracking layers, is slated to reach space by March 31, 2023. The launch contract is another boon for the firm owned by billionaire entrepreneur Elon Musk, which the Space Force recently selected to handle 40 percent of its rocket launches through 2024. 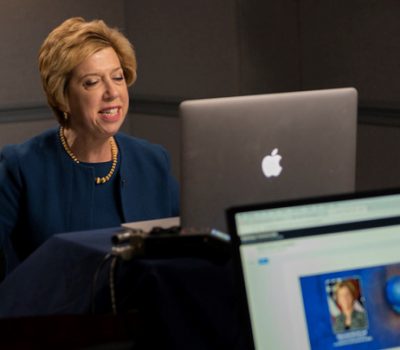 By Brian W. Everstine
The Pentagon has formally created a group of defense companies that can get broader access to classified programs, hoping that more insight will make contractors more efficient and cost-conscious. In a Dec. 15 memo to the defense industrial base, Pentagon acquisition boss Ellen M. Lord formalized the Special Access Program Contractor Portfolio, which ran as a pilot initiative for several years. The effort will help companies balance the need to understand technology development with the need to protect that information. “As the world sees a return to great power competition, the Department of Defense must strengthen its engagement with the defense industrial base in order to respond to the national security challenges facing the United States in a more responsive and cost efficient manner,” Lord wrote.

Airmen and Guardians—Active, Guard, Reserve and civilian: Join your Air Force Association today and get a 3-year membership free—a savings of $85! Act now—this offer ends tonight. Be a member of the only association totally dedicated to advancing Air and Space Power, Airmen, Guardians, their families, and the industries that support them.

“Due to the recent threats issued by Iranian leaders against President [Donald J.] Trump and other U.S. government officials, I have ordered the USS Nimitz to halt its routine redeployment,” said Acting Defense Secretary Christopher C. Miller in a statement released on Jan. 3.

“As former secretaries of defense, we hold a common view of the solemn obligations of the U.S. armed forces and the Defense Department,” write Ashton Carter, Dick Cheney, William Cohen, Mark Esper, Robert Gates, Chuck Hagel, James Mattis, Leon Panetta, William Perry, and Donald Rumsfeld—the 10 living former U.S. secretaries of defense. “Each of us swore an oath to support and defend the Constitution against all enemies, foreign and domestic. We did not swear it to an individual or a party.”

Joint all-domain command and control is driving change throughout the Air and Space Forces. Check out our latest on the quest for greater interconnectedness across the battlefield.

Boeing has secured a six-year, $189.3 million contract modification to procure kits, support equipment, and contractor services for all-digital electronic warfare technology that will be integrated into the U.S. Air Force's F-15 jets.

Air Force Will Employ ‘Influencers’ to Boost Recruitment in 2021

They're not social media stars like the Kardashians, but the U.S. Air Force has its own "influencers" working to engage the next generation of airmen, according to the service's head of recruiting.

Small satellite launches by the U.S. Space Force slowed considerably in 2020 due to the pandemic and technical setbacks. Small rocket missions that slipped to 2021 include launches by Virgin Orbit, Rocket Lab, and Space Vector.

A contract to oversee up to $12 billion in Space Force technology funds is being held up while the nascent military service evaluates fraud findings from an obscure Texas business dispute, casting fresh scrutiny on an emerging industry of nonprofit companies that handle acquisitions on the government’s behalf.

CMMC: The Dramatic Year of the Pentagon’s Contractor Cybersecurity Program

The Defense Department’s main effort to protect its supply chain from cyber threats charged ahead through the pandemic but not without controversy.

The former commander of the 39th Medical Group at Incirlik Air Base, Turkey, has been charged with sexual assault, and is scheduled to face a court-martial beginning in late March. Col. Sean McNamara, currently of the 316th Medical Support Squadron at Joint Base Andrews, Md., is facing three specifications of violating Article 120 of the Uniform Code of Military Justice.

This collection showcases the work of military photographers in 2020, when U.S. service members continued to conduct around-the-clock training and operations worldwide to ensure the nation's security, even while responding to the COVID-19 pandemic.