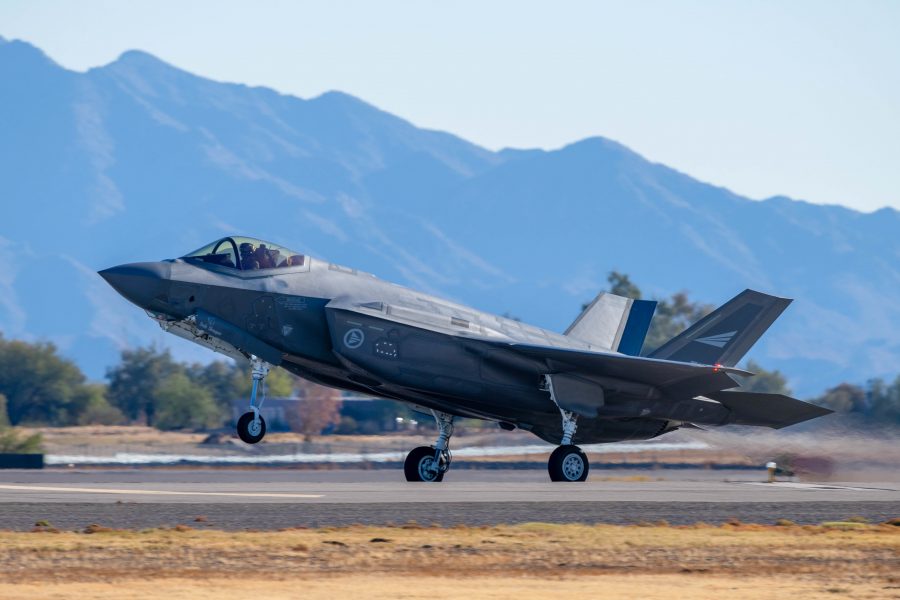 The F-35 will get yet another extension to complete development and be declared ready for full-rate production, Pentagon acquisition and sustainment czar Ellen M. Lord has directed.

Blaming technical challenges and the COVID-19 pandemic for the process continuing past the March deadline, Lord is also bringing in an independent technical review entity to help set a new schedule.

According to a Dec. 18 Acquisition Decision Memorandum signed by Lord, the Milestone C decision—which certifies the F-35 as having successfully completed initial operational test and evaluation and clears it for full-rate production—will be extended, though she did not set a new target date.

“Delays in maturing the Joint Simulation Environment—caused by technical challenges and the impact of COVID-19—will prevent the completion of F-35 Block 3F Milestone C,” Lord said in the memo.

It will be up to the F-35 Joint Program Office to set a new schedule for both benchmarks “based on an independent technical review and measured progress at JSE,” she said.

In October 2019, Lord extended the IOT&E completion and full rate decision from December 2019 to January 2020, and then to March 2020. She granted another extension in August to March 2021, saying she had “high confidence” of meeting that date because “we have the entire government/industry team focused on that.”

The obstacle, she said, was integrating the F-35 into the JSE, which is a virtual/synthetic wargaming capability that can assess the relative strengths of adding or subtracting certain kinds of capabilities from the overall U.S. military’s assets. The JSE is used to determine the optimum mix of ships, aircraft, missiles, and other platforms in the joint force.

Although the decision doesn’t have any immediate effect on production of F-35s for U.S. services and foreign partners and customers, the program can’t enter into a multi-year purchase agreement until it has passed both IOT&E and the full-rate decision. Some F-35 partners are already involved in a multi-year “block buy” of F-35s, but the U.S. has not been able to participate.

Pentagon officials have said the F-35 has completed all but a few flight tests and other demonstrations required under IOT&E. The main sticking point is the JSE. Integrating the F-35 with the JSE is software-intensive, and limitations on code writers congregating in secure facilities has slowed the process down.

Prime contractor Lockheed Martin said it has fulfilled its part of the JSE integration.

“The JSE is a U.S. government-led initiative that allows operators to complete tests under conditions that include those that cannot be replicated on open-air ranges,” the company spokesman said in a statement. “Lockheed Martin’s role was to work with [Naval Air System Command] to integrate digital models of the F-35. This work has been accomplished and we continue to assist the U.S. government in their integration efforts.”

Lockheed fell short of its 2020 goal of producing 142 F-35s by about 20 aircraft, citing delays from COVID. Michele A. Evans, the company’s aeronautics executive vice president who died Jan. 1, told Air Force Magazine in September that it would take until 2023 to catch up those missed deliveries because the company didn’t want to disrupt the workforce and suppliers with a quick surge followed by quick slowdown of production.

The Joint Program Office could not immediately explain who will conduct the independent review, or what the new timeline for completing IOT&E and approving full-rate production will be.