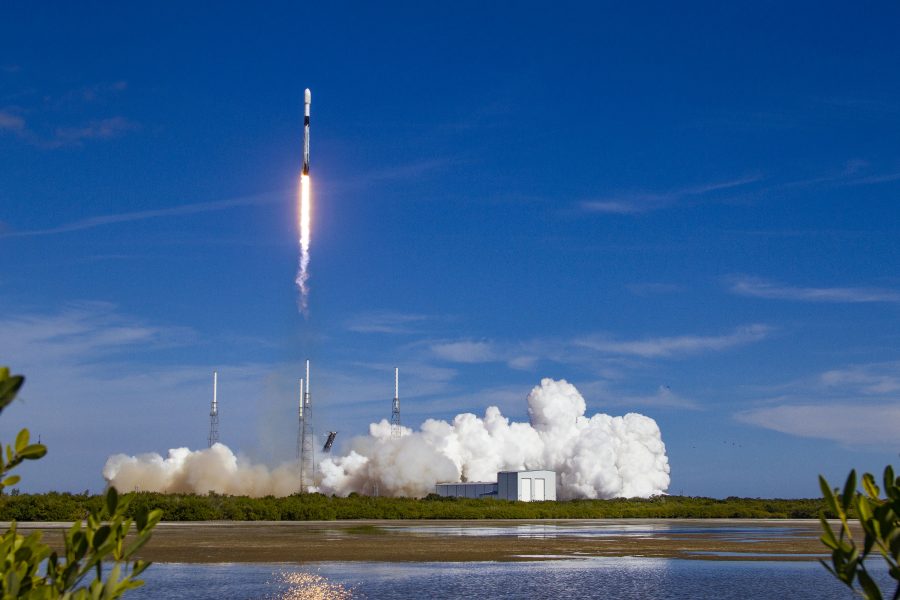 SpaceX will carry data-transport and missile-tracking satellites to orbit for the Space Development Agency, the Pentagon said Dec. 31.

SpaceX won a $150.5 million contract for two launches from Vandenberg Air Force Base, Calif., starting in September 2022. The entire constellation of up to 28 initial satellites, known as “Tranche 0” of the transport and tracking layers, is slated to reach space by March 31, 2023.

The launch contract is another boon for the firm owned by billionaire entrepreneur Elon Musk, which the Space Force recently selected to handle 40 percent of its rocket launches through 2024.

SpaceX was also tapped to build satellites with wide-view, overhead persistent infrared for SDA’s missile-tracking layer, alongside L3Harris. It received nearly $150 million for that effort as well. Lockheed Martin and York Space Systems are designing the data-sharing satellites SpaceX will ferry.

SDA is spearheading the creation of a vast network of satellites in low Earth orbit for military use that, if damaged, can be more easily replaced at a lower cost than the more complex, expensive systems of the past. The transport and tracking layers are two of the earliest efforts underway as part of that plan.

Another factor may throw the launch schedule into question, however. SpaceNews reported Dec. 22 that SDA will reconsider its options for missile-tracking satellite providers after Raytheon and Airbus protested their snubs to the Government Accountability Office. SDA is taking another look at the bids in order to resolve the protests.

The agency is “expeditiously implementing its corrective action plan for the Tracking Tranche 0 solicitation,” spokeswoman Jennifer Elzea told SpaceNews. In the meantime, SpaceX and L3Harris are stopping work on their respective four satellites. Elzea added to the publication that SDA will try to stay on track for a late 2022 launch.