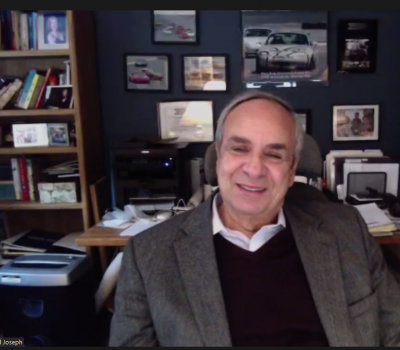 By John A. Tirpak
The Pentagon has so many hypersonics projects underway there aren't enough people to conduct them and not enough facilities to test them, Air Force chief scientist Richard J. Joseph said during a Dec. 17 Mitchell Institute for Aerospace Studies event. His comments came on the heels of Air Force Research Laboratory's announcement that it had tested an air-breathing hypersonic engine scaled up 10-times from the unit that powered the X-51 test vehicle. 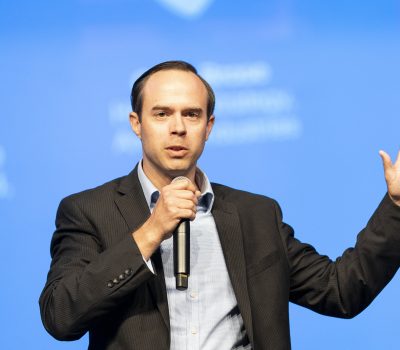 Dunlap Looks to the Future of ABMS

By Rachel S. Cohen
Nearly two years after he was named as the Air Force’s Advanced Battle Management System czar, Preston Dunlap is offering more details on how the lofty concept could become a reality that’s here to stay. He began the job of chief architect with a wide-ranging review of the Air Force’s programs to see where the breakdowns in communication, technology, and culture were happening. That team then laid out a blueprint for the various tools and processes it needed to better connect the force and shake up combat roles. After a year of tech demonstrations across the country alongside the other military services, the ABMS team now has a clearer vision of which tools the Department of the Air Force can roll out the soonest that would immediately benefit troops. 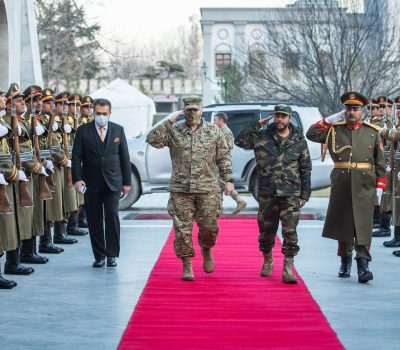 By Brian W. Everstine
Chairman of the Joint Chiefs of Staff Gen. Mark A. Milley met with Taliban negotiators on Dec. 15, before moving on to Afghanistan to speak with local leaders regarding the ongoing and fragile peace process aimed at ending the 19-year-old war. The meeting marked the second time Milley met with representatives of the group the U.S. has been fighting with in Afghanistan since 2001. Milley previously met with the group in June, a meeting that was not announced until Dec. 17. Milley met with Taliban representatives for about two hours in Doha, Qatar, before flying to Afghanistan to meet with Afghan President Ashraf Ghani and U.S. military leaders, according to The Associated Press. 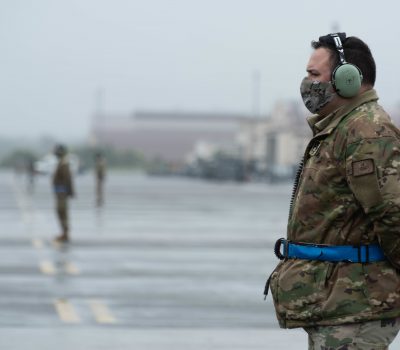 By Jennifer-Leigh Oprihory
Col. Andrew J. Campbell, commander of the 374th Airlift Wing, declared a public health emergency at Yokota Air Base, Japan, on Dec. 16, and rolled out an extensive set of mandatory COVID-19 mitigation measures for U.S. and host-nation personnel—including mandatory contact-tracing for U.S. troops, DOD civilians, and their families. Also on Dec. 16, Travis AFB raised its Health Protection Condition Level to Charlie—the third-highest on the scale—and U.S. Forces-Korea spokesperson Col. Lee Peters said the organization would do the same at all of its installations as of 12:01 a.m. local time on Dec. 19. 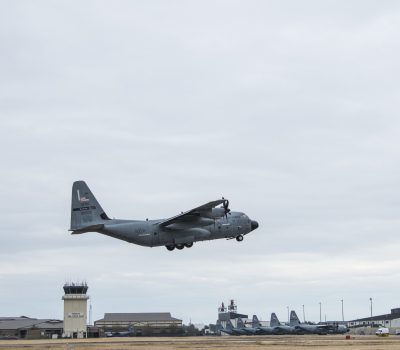 By Brian W. Everstine
The Hurricane Hunters of the 53rd Weather Reconnaissance Squadron flew their first sortie of the winter storm season, just weeks after wrapping their busiest hurricane season on record. The WC-130Js are tasked by the National Centers for Environmental Prediction, part of the National Oceanic and Atmospheric Administration, to collect data such as dew point, barometric pressure, and wind speed to help with forecasts, the release states. “For winter storms we don’t fly through the system; we fly in front of the system,” said Lt. Col. Kaitlyn Woods, the chief aerial weather reconnaissance officer with the squadron, in the release. “This particular one we are doing these next two days is a storm they believe is going to generate off the Gulf Stream off the East Coast, so we want to get ahead of the system to collect what the atmosphere currently looks like and how it will affect the incoming system.”

“The COVID-19 pandemic has brought even greater scrutiny to the security and reliability of the defense industrial base. Digging deeper to understand the source of components and subcomponents reveals the fragility of our access to the products and services needed to defend the country. That examination also highlights how few suppliers exist for certain things and how the lack of stable and reliable defense funding from Congress has put many of them in jeopardy,” writes Rep. Mac Thornberry (R-Texas), Ranking Member of the House Armed Services Committee, in a Dec. 16 op-ed.

The U.S. Space Force is celebrating its one year anniversary on Dec. 20. Bloomberg's David Westin spoke to its first commander, Chief of Space Operations Gen. John W. “Jay” Raymond to find out what they have accomplished this year and what lies ahead.

The Air Force Association is your voice to elected officials to ensure you receive the pay and benefits you deserve. Airmen and Space Professional—Active, Guard, Reserve and civilian: Join AFA today for free and receive a 3-year membership!

Defense officials should delay collecting deferred payroll taxes from military members until October, wrote Sen. Joni Ernst (R-Iowa) in a Dec. 17 letter to acting Defense Secretary Chris Miller. Service members and their families “may be about to face further financial strains” because of the collection of these deferred taxes, which starts in January, she wrote, noting that the pandemic has already presented many challenges for military families across the country.

Congress approved a bill on Dec. 16 that increases resources for homeless veterans, creates a Department of Veterans Affairs advisory committee for Native American veterans, and mandates that every VA hospital hire a dedicated women's health provider, among dozens of other measures.

“It should be more like an Apple Store experience," said Lauren Knausenberger, Deputy CIO for the Air Force.

A small plane crash occurred early this morning on the East Reservation of Barksdale Air Force Base. Two people died at the scene. Next-of-kin notifications had not been completed as of Wednesday afternoon, according to Barksdale authorities, so no further details on the victims have been released.

Army and Air Force will play at a neutral site for the first time in more than a half-century when the rivalry game moves next year to the Texas Rangers baseball stadium that hosted the last World Series.