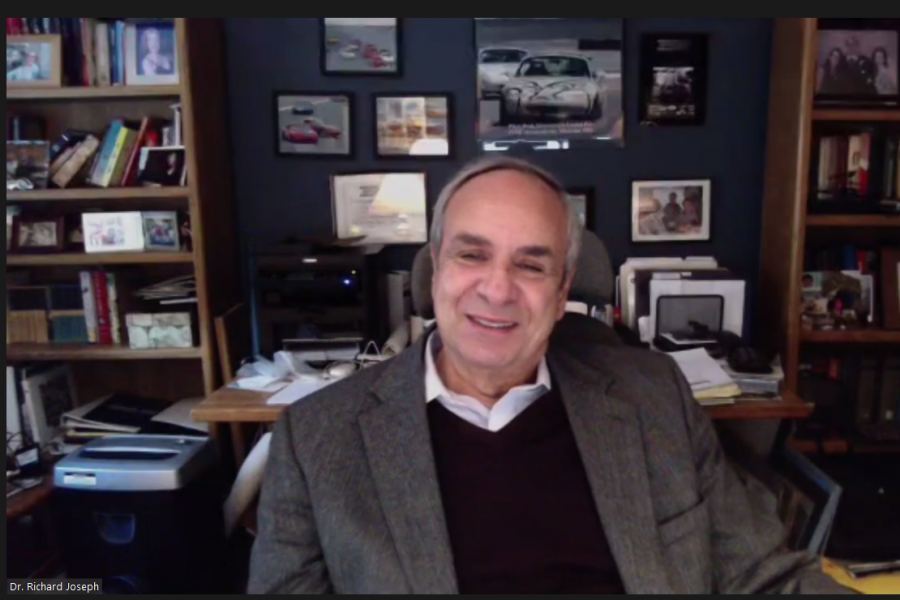 There aren’t enough experts or wind tunnel capacity for all the hypersonics development and testing currently underway, suggesting existing programs might need to be consolidated, the Air Force’s chief scientist said Dec. 17.

Richard J. Joseph asked the head of Air Force hypersonics projects less than three weeks ago what is the top obstacle in accomplishing program objectives, and was told, “People. It’s having enough people who know enough about this to be helpful,” he said during an AFA Mitchell Institute for Aerospace Studies virtual event. To which Joseph said he replied, “Maybe we have too many programs. Maybe these programs need to be consolidated … There are so many programs.”

The Pentagon has not disclosed how many hypersonics programs are underway, but each service has at least one boost-glide effort in the works. USAF also has air-breathing concepts in development. The Defense Advanced Research Projects Agency, Missile Defense Agency, and Space Development Agency have a variety of hypersonic propulsion, offensive and defensive systems, and weapon-tracking technologies in the works as well.

Joseph said the Pentagon might consolidate personnel working on inlet design efforts, as one example.

“I understand there are different settings for the different programs, but we must have some things that are pretty common,” he said.

“We’ve got to do something” about the talent pool, because government and industry both have a strong demand for hypersonics-savvy people, and government “never has enough.”

“Making new talent is a long process,” he added, and government should “start on that.”

The Air Force dropped out of the multi-service Hypersonic Conventional Strike Weapon (HCSW) project early this year, saying it preferred to concentrate on the AGM-183 Air-launched Rapid Response Weapon (ARRW) instead. It has subsequently talked of progress in air-breathing concepts as well. The other services already have pooled resources on some areas, such as on a common hypersonic glidebody.

The Air Force Research Laboratory announced Dec. 5 that it had tested an 18-foot long scramjet engine capable of producing 13,000 pounds of thrust. It did not say how it tested the design, produced by Aerojet Rocketdyne, except to say the tests occurred at Arnold Air Force Base’s Arnold Engineering Development Center Aerodynamic and Propulsion Test Unit. The AFRL said the test article was a significantly scaled-up version of the engine that powered the X-51 research missile.

“Tests were conducted across a range of Mach numbers” to propel a vehicle “10-times the size of the X-51,” at hypersonic speeds, said Paul Kennedy, AFRL program manager. Because of the large size of the engine, it has applications to platforms “ranging from missiles to high-speed aircraft,” Kennedy said in a press release.

Joseph said he’s “very, very concerned about our ability to do the testing for hypersonics.” He declined to say whether he thinks the Air Force is investing enough in building new wind tunnels. “I would leave that up to the test people,” but he thinks it will “come down to what the Air Force is willing to give up” in the budget “to get this. I think they’ll be willing to give up a lot.”

In addition to wind tunnels, Joseph said capacity is needed to test under many kinds of conditions. “If you’re trying to duplicate the environment, it presents a lot of challenges. Because it’s not just the airflow, it’s also the heating, and how do you simulate things like turbulence and so on.”

“That’s one of the things we do in [science and technology],” he added. “We try to understand enough about the system, so we don’t have to put it exactly in the real environment before we can develop the next step of the technology.”

“A lot’s going to depend on what Congress thinks, and what Congress wants,” he noted. “Congress has been very generous, … and they’ve also been very understanding. And they have essentially almost tripled our budget for hypersonics … That’s good news and bad news because now you don’t have any excuses for not performing.”

Editor’s note: This story was updated at 2:42 p.m. on Jan. 4 to clarify the role of the Space Development Agency.