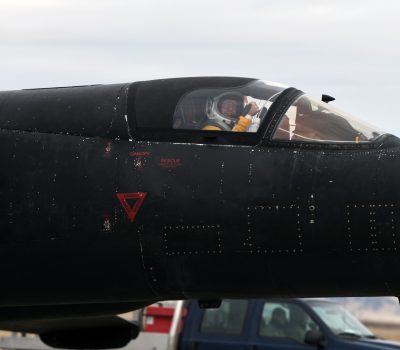 U-2 Flies with Artificial Intelligence as Its Co-Pilot

By Brian W. Everstine
One of the Air Force’s oldest planes flew a high-tech first Dec. 15, becoming the first military aircraft to fly with artificial intelligence as its copilot. A U-2 from Beale Air Force Base, Calif., flew with an AI algorithm, named ARTUµ in a reference to the droid that serves as a copilot in the Star Wars film franchise, that controlled the Dragon Lady’s sensors and tactical navigation during a local training sortie. The algorithm, developed by Air Combat Command’s U-2 Federal Laboratory, took over tasks normally handled by the pilot, in turn letting the flier focus on the flying. “ARTUµ’s groundbreaking flight culminates our three-year journey to becoming a digital force,” said Will Roper, the Air Force’s assistant secretary of acquisition, in a release. “Putting AI safely in command of a U.S. military system for the first time ushers in a new age of human-machine teaming and algorithmic competition. Failing to realize AI’s full potential will mean ceding decision advantage to our adversaries.” 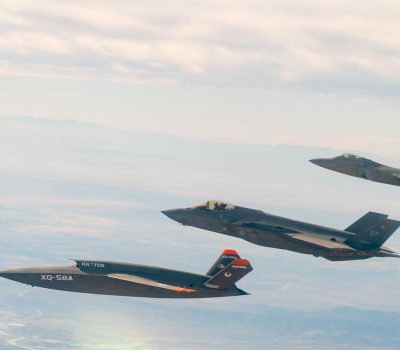 Skyborg Drone Translates Between F-35 and F-22 in Test

By John A. Tirpak
A XQ-58 Valkyrie drone payload translated the incompatible signals of stealthy F-22 and F-35 fighters in a Dec. 9 test, enabling the aircraft to talk together and pass combat information between them. Air Force Chief Architect Preston Dunlap said the test shouldn't be viewed as defining a mission for the Valkyrie, but that the communications payload was simply one of a number of modular mission payloads such aircraft will be able to carry. 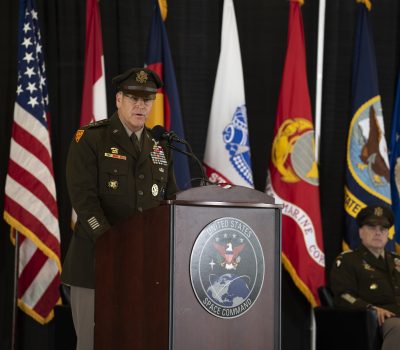 By Rachel S. Cohen
U.S. Space Command said Dec. 16 that Russia has again tested a direct-ascent anti-satellite missile in a violation of space security norms. “Russia publicly claims it is working to prevent the transformation of outer space into a battlefield, yet at the same time Moscow continues to weaponize space by developing and fielding on-orbit and ground-based capabilities that seek to exploit U.S. reliance on space-based systems,” said SPACECOM boss Gen. James H. Dickinson. “Russia’s persistent testing of these systems demonstrates threats to U.S. and allied space systems are rapidly advancing.” The command did not answer when the test took place or what it entailed. 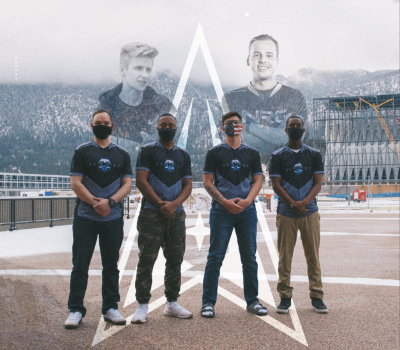 By Amy Hudson
The U.S. Space Force took home the win in its first CODE Bowl appearance, beating out seven other teams from the United States and United Kingdom in the “Call of Duty: Black Ops Cold War” tournament. The Space Force Team—made up of Tech Sgts. Maurice Moyer and Josh Wilson and Senior Airmen Brandon Cheatham and Brayden Belford, all from the Colorado-based Space Operations Command—beat out 200 teams from the Department of the Air Force in November for the coveted spot in the tournament. They then went on to beat all the other military services in the CODE Bowl, taking out the Royal Air Force in the final match.

The U.S. Air Force wants help defending military bases in Europe from hypothetical attacks by Chinese drones and Russian cruise missiles, and it's willing to pay close to $1 billion to get it. The service recently put out a $925 million contract notice that calls for bidders to come up with an “Air Base Air Defense” plan for U.S. Air Forces in Europe—Air Forces Africa.

Hack May Have Exposed Deep US Secrets; Damage Yet Unknown

Some of America’s most deeply held secrets may have been stolen in a disciplined, monthslong operation being blamed on elite Russian government hackers. The possibilities of what might have been purloined are mind-boggling. Could hackers have obtained nuclear secrets? COVID-19 vaccine data? Blueprints for next-generation weapons systems? It will take weeks, maybe years in some cases, for digital sleuths combing through U.S. government and private industry networks to get the answers.

The U.S. Supreme Court has unanimously overruled the military’s top appeals court, which had put a five-year statute of limitations on rape cases that occurred between 1986 and 2006.

The Air Force Association offers more than $190,000 annually in scholarships, program, grants, and educator awards. AFA is a top supporter of aerospace education. Join today to be a part of the force behind the Air and Space Forces. Airmen and Space Professionals—Active, Guard, Reserve, and civilian—are eligible for free 3-year memberships with AFA!

In the Indo-Pacific region, the alliance the United States has with Japan is arguably its most important. If a high-end contingency erupts in the East China Sea and the United States becomes engaged in major conventional combat operations with China, what roles can and might Japan play? In this RAND report, Jeffrey W. Hornung assesses the strengths and limitations of Japan's Self-Defense Forces (SDF), as well as legal issues pertaining to the SDF use of force and U.S. base access in a contingency for combat operations that may not be directly tied to the defense of Japan.

This year’s edition of Operation Santa Claus didn’t have the pomp and grandeur of previous incarnations, but the mission of delivering gifts here and two other largely Alaska Native villages was completed with COVID-19 safety precautions in place. “For 65 years we have not missed a beat,” said Chief Master Sgt. Winfield Hinkley, Jr., command senior enlisted leader of the Alaska National Guard. “And I will tell you, COVID is rough,” he said, “but it will not stop us from carrying out this tradition. It is an honor to do it.”

While the idea of robotic dogs patrolling a major Air Force installation seems like a science fiction dream come true, it hasn't been exactly clear how these mechanized hounds would be put to use. To help us understand their real capabilities and why the U.S. military is interested in them, The War Zone spoke with Jiren Parikh, CEO and founder of Ghost Robotics, the robots’ designer and manufacturer.