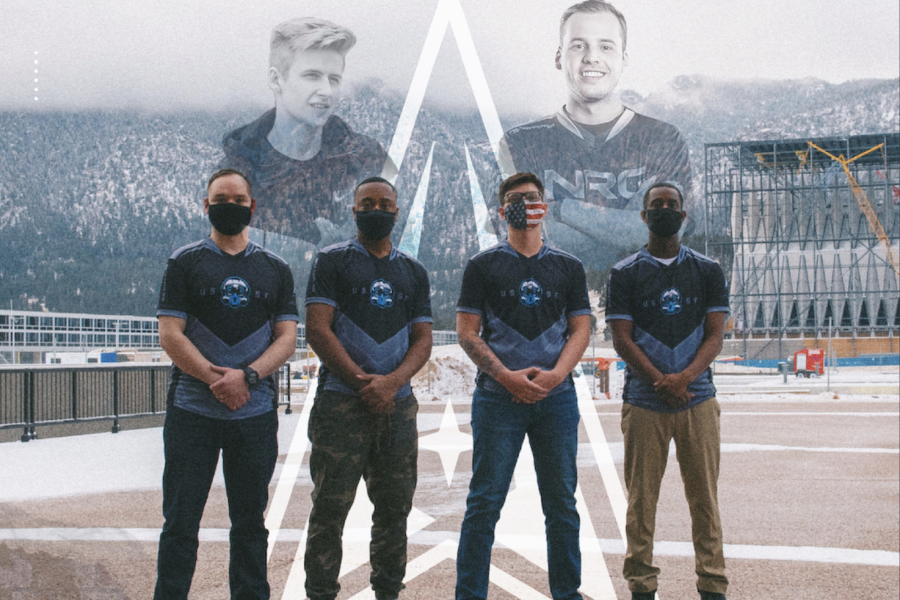 The U.S. Space Force took home the win in its first CODE Bowl appearance, beating out seven other teams from the United States and United Kingdom in the “Call of Duty: Black Ops Cold War” tournament.

The Dec. 11 tournament, hosted by USAA, was the first trans-Atlantic military esports competition, pitting teams from the U.S. Space Force, Air Force, Army, Navy, and Marine Corps against the United Kingdom’s Royal Navy, Royal Air Force, and Royal Marines to raise money for the Call of Duty Endowment, a nonprofit focused on finding jobs for veterans or U.S. troops transitioning out of the service.

The Space Force Team—made up of Tech Sgts. Maurice Moyer and Josh Wilson and Senior Airmen Brandon Cheatham and Brayden Belford, all from the Colorado-based Space Operations Command—beat out 200 teams from the Department of the Air Force in November for the coveted spot in the tournament. They then went on to beat all the other military services in the CODE Bowl, taking out the Royal Air Force in the final match.

“Space Force isn’t even a year old so this may have been their very first win in anything competitive against any of the other services,” CODE Executive Director Dan Goldenberg said at the event, according to Business Insider. “So, it’s a heck of a great way to start off their history.”

Because every member of the Space Force team is based out of Colorado, they played together in person at the U.S. Air Force Academy. However, the Air Force team is stationed at different bases across the United States, so they each played remotely due to the new coronavirus pandemic, said Capt. Oliver Parsons, deputy chief of sports, fitness, and readiness and one of the founders of Air Force Gaming. AFG, which was started by a group of Airmen as a 24/7, resiliency-focused gaming organization, now falls under the Air Force Services Center. In its first competitive season, AFG has built a community of more than 10,000 service members on all platforms.

“Air Force Gaming exists to bolster resiliency and foster a community of support, mental wellbeing, and inclusion for all interested Air Force and Space Force service members,” Parsons said. “These friendly competitions are great for morale across all branches and are a great showcase for the work Air Force Gaming is doing to establish a vibrant and positive culture across the entire Department of the Air Force.”

In keeping with its resiliency focus, Parsons said Air Force Gaming also will host a series of tournaments around Christmas and New Year’s Day to connect Airmen who are not able to go home for the holidays this year.

The games will be Chess and Magic the Gathering, and registration will open an hour before the event. Anyone who wants to play can, said Parsons. Just got to www.airforcegaming.com and create an account, then get on AFG’s Discord. All registered members will receive notifications of upcoming events, he added.

“Air Force Gaming’s mission is to create an inclusive gaming organization for Airmen of all ages, ranks, and backgrounds,” said Col. Marc Adair, director of operations at the Air Force Services Center, in a release. “And with more than 80 percent of Airmen between the ages of 18-34 identifying as gamers, playing between four to 10 hours per week, we are confident that by establishing a unified hub for community and competition, Air Force Gaming can help promote resiliency, retention, teamwork, and mental well-being for service members around the world.”