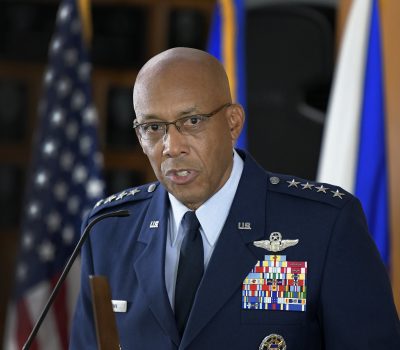 By John A. Tirpak
The Air Force still needs more than 300 combat squadrons, but the biggest priority is not number of squadrons but capability, Chief of Staff Gen. Charles Q. Brown Jr. said Sept. 22. He also suggested the records set by the Next Generation Air Dominance prototype likely have more to do with speed of prototyping than physical performance. The NGAD is one of many classified Air Force programs under way, and Brown said the service must do a better job of helping Congress understand those programs so it can make more informed decisions about budgets. 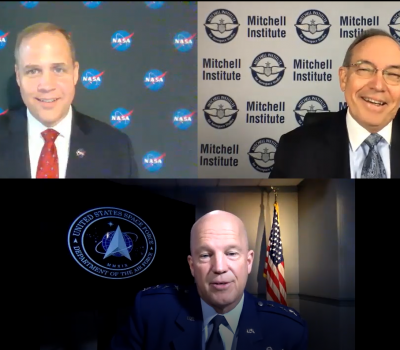 By Rachel S. Cohen
America’s civilian and military space agencies are walking a fine line with Russia. On one hand, NASA wants to preserve the partnership with its Russian counterpart Roscosmos that has spurred cultural and scientific exchange on the International Space Station and other joint missions since the 1970s. On the other hand, the Space Force was created to outpace Russian military activity in orbit, and it often publicly chides Moscow for what the U.S. sees as threatening behavior toward assets like satellites. The U.S. must manage that dynamic, as well as its relationship with China, as the three countries vie for orbital dominance, aim to establish a presence on the moon, and grow commerce in the space between celestial bodies. 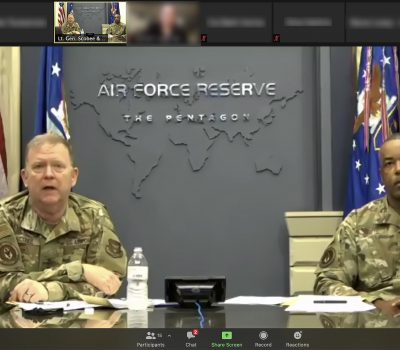 Here’s How the Air Force Reserve Plans to Accelerate Change

By Jennifer-Leigh Oprihory
The Air Force Reserve will need to undertake both internal and external changes in order to heed Air Force Chief of Staff Gen. Charles Q. Brown Jr.'s Total Force directive to “accelerate change, or lose,” AFRC boss Lt. Gen. Richard W. Scobee said. “It's going to include reforming the organization from internally, and how we deal with our Airmen, but also externally in how we present forces to the Joint Force,” he told reporters during a media roundtable at the Air Force Association's virtual Air, Space & Cyber Conference. 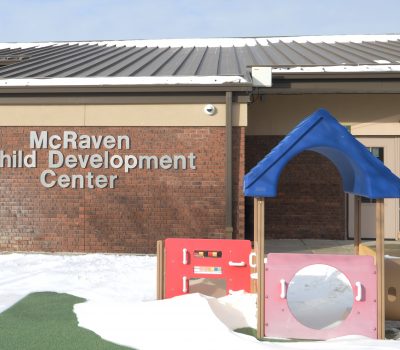 By Brian W. Everstine
Air Force child development centers can accommodate less than one-fifth of eligible children, and top service leaders are looking at ways to address the issue, particularly as the impacts of the COVID-19 pandemic are still being understood. “We have about an 18 percent capacity on base to take care of children that are within the age of going to childcare or school,” Chief Master Sergeant of the Air Force JoAnne S. Bass said during a question-and-answer session as part of AFA’s virtual Air, Space & Cyber Conference. “So, that’s a challenge right?” To get after the issue, Air Force installations and their communities need to work together to “build a network” of options to try to make up that gap, she said. 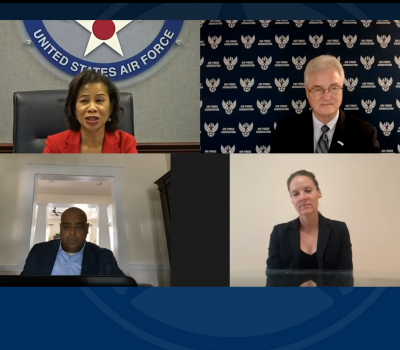 By Jennifer Hlad
Military spouses must support each other and reach out when they need help, the spouses of top Air Force and Space Force leaders said during the Air Force Association’s virtual Air, Space & Cyber Conference. Military life can be stressful, with all the moving, trying to find jobs and friends in new locations, navigating TRICARE and other services, and now all the challenges that come with a global pandemic. Sharene Brown, wife of Air Force Chief of Staff Gen. Charles Q. Brown Jr., said what has helped her most over the years has been “connecting [with] and supporting others.”

The conference has passed, but our coverage continues. For a comprehensive look at everything that happened, visit our vASC landing page.

A $1 billion fund Congress gave the Pentagon in March to build up the country’s supplies of medical equipment has instead been mostly funneled to defense contractors and used to make things such as jet engine parts, body armor and dress uniforms.

US Forces Are Ready for Iran's Response to New Sanctions, Esper Says

While U.S. forces in the Middle East have not raised their alert status, they are prepared for any aggressive response from Iran to new sanctions ordered by President Donald J. Trump, Defense Secretary Mark T. Esper said Sept. 21.

“Given that dollars and time are short, the DOD must now get a concept for all-domain warfare right,” writes retired USAF Col. Mark Gunzinger, director for future concepts and capability assessments at AFA’s Mitchell Institute for Aerospace Studies. “Like the National Defense Strategy, the concept must be top-down driven, not a bottom-up, consensus-driven product that fails to make trade-offs across the services and provides a rationale that supports what each service desires to buy. Rather, its ultimate objective should be to seek best-value capabilities and expand theater commander options to defeat peer adversaries.”

Automatic Citizenship Has Been Restored for Some Troops’ Children Born Abroad

Last year, a federal policy update put citizenship in jeopardy for a handful of military children born abroad every year. Lawmakers decried the move and worked up legislation to fix the issue, and as of September, part of the policy has been rescinded.

Some 400 troops are testing the devices, trained on nearly a quarter million cases to detect COVID-19 and a whole lot more.

The Board of Directors of The Charles Stark Draper Laboratory, Inc., has announced that William A. LaPlante, a senior executive at The MITRE Corporation, has been selected as Draper’s next president and chief executive officer. LaPlante will assume his position on October 7 when Francis Kearney, interim president and CEO, steps down and transitions his roles and responsibilities.

Washington Flyover to Commemorate 75th Anniversary of the End of WWII

On Sept. 25, approximately 70 vintage aircraft will take to the skies over Washington to commemorate the 75th anniversary of the end of World War II. The Arsenal of Democracy Flyover will feature historically sequenced formations representing the war’s major battles—from the Battle of Britain through the final air assault on Japan. More than 20 different types of vintage military aircraft are scheduled to fly in formations beginning over the Lincoln Memorial. The airshow is scheduled to begin at 11:30 EDT with planes flying in two-minute intervals over the skies of the nation’s capital. Check out our link to view the flight map.