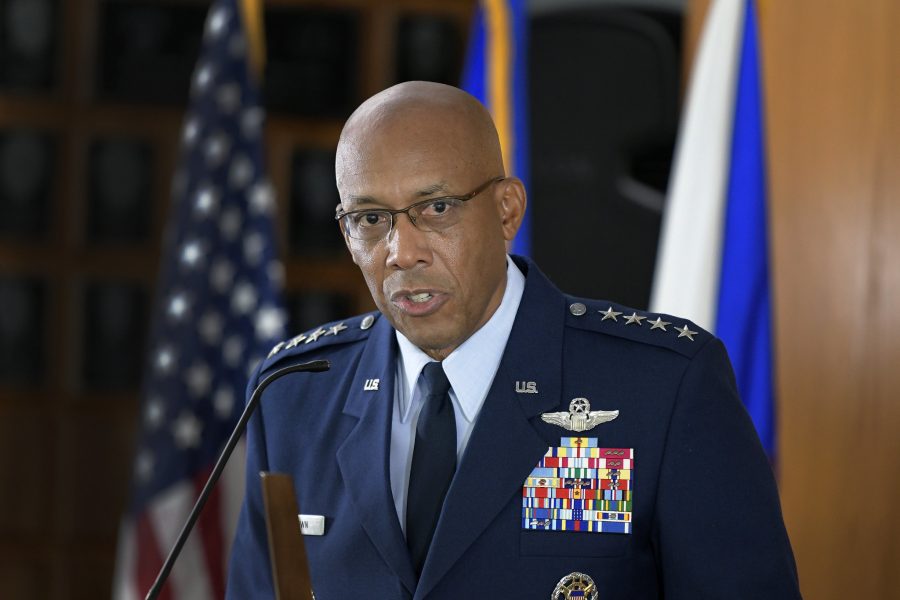 Subtracting the Space Force from the “The Air Force We Need” calculus still demands a service of 300-plus combat squadrons, Chief of Staff Gen. Charles Q. Brown Jr. said Sept. 22. He also suggested the records set by the prototype Next Generation Air Dominance system, revealed last week, have more to do with speed of prototyping than physical performance.

Brown, in an online Defense One discussion, repeated the service’s message that USAF is “not big enough to do everything we’ve been asked to do,” under the National Defense Strategy. The requirement for 386 combat squadrons, which the service laid out in 2018 in response to a Congressional request, pre-dated the creation of the Space Force.

Brown said it’s not so much the number of squadrons that’s important, but the capability they provide.

“Even if you don’t get to the full number of squadrons, it’s the capability that matters to me,” he said.

Getting Congress to go along with USAF’s plan to divest significant legacy capability in exchange for investment in new systems will be a “challenge,” mainly because of how heavily classified those new programs are.

“We have more classified programs than the other services,” Brown observed. “We can tell you what we want to retire, but we have a hard time explaining what we want to invest in in the future.” The engagement plan, he said, is to “give some more classified briefs to Congress,” and provide members with unclassified talking points that “they can use in public forums” and “share with their constituents.” The key will be to convince the Congress and other stakeholders to “look at the broader plan,” think more strategically, and “remember … we’re all in this together.”

Brown doesn’t expect to get everything he’s asking for, but the discussion is important, he said.

“We need to articulate that risk, maybe a little bit better than we have in the past, and give them a more complete picture” of “what we’re going to retire, and what that brings in the future. That’s an area we’ve got to improve upon as an Air Force,” he said.

Air Force acquisition chief Will Roper revealed at AFA’s virtual Air, Space & Cyber conference last week that the service has already flown a Next Generation Air Dominance demonstrator aircraft, and it has broken “lots of records.” Asked to clarify if those records are in the area of program speed or physical performance, Brown said he would not “talk about that aspect.”

However, “I’ll just tell you that we’re able to do things differently and a bit faster than we have in the past,” he said. The NGAD program is “less about what we build, it’s how we build it,” and the goal is to “get it into the hands of the warfighter much faster, and this is a way that we can do that.”

Asked if he thinks the Air Force can afford Roper’s approach to buying new aircraft, which requires flipping the majority of spending from sustainment to design and procurement, Brown said yes, but USAF will have to change its business model to make it work.

“You want the cost of ownership to be roughly the same, but change the flow of that money, so maybe more up front,” Brown said. Using the Roper model will “accelerate change,” Brown said, by making the systems the Air Force does field more adaptive and more abreast of rapidly-changing technology. “It’s a different thought process,” he said.

“I want to … make sure we work industry,” he said, acknowledging that companies “have shareholders they have to worry about,” while Brown has to satisfy national security needs. The Air Force must “do this better so [industry has] a business model that’s sustainable.”

Accelerating change is Brown’s top priority as Chief, but that’s not possible if the service is forced to operate under another continuing resolution.

“It’s going to take us a bit longer to do some of this because you won’t be able to do some of the new starts,” he said. The only silver lining is that USAF is “really good” at planning, and has experience with a number of CRs.

“We will look at … how the facts and assumptions change over time. And we just want to have constant dialog with congressional members and leaders here in the department, on how we best posture ourselves when the CR comes about, and then once we get a budget.”

Brown also said there are “possibilities” to use the B-21 in the air dominance role, as a launcher of attritable systems, but in the context that “I don’t want to … constrain ourselves to the thinking we had in the past. I’m open to new and fresh ideas about how we use the capabilities, this being one of them.”