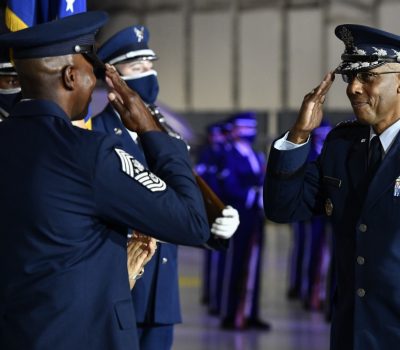 By Brian W. Everstine
The Air Force risks losing its superiority and a future conflict if change does not begin immediately, from how it buys and evaluates weapons to how it trains and deploys Airmen, Chief of Staff Gen. Charles Q. Brown Jr. writes in his first directive to the service. In an eight-page “strategic approach” memorandum to the force titled “Accelerate Change or Lose,” Brown issues stern warnings on the ramifications of not taking threats seriously, and the importance of the Air Force clearly making its case to the country at large, saying failure is a realistic consequence. “Today we operate in a dynamic environment with factors that have us taking various actions to continue the mission and take care of Airmen and families,” Brown wrote. “As a result, we have a window of opportunity. Our Air Force must accelerate change to control and exploit the air domain to the standard the nation expects and requires from us. If we don’t change—if we fail to adapt—we risk losing the certainty with which we have defended our national interests for decades. We risk losing a high-end fight. We risk losing quality Airmen, our credibility, and our ability to secure our future.” 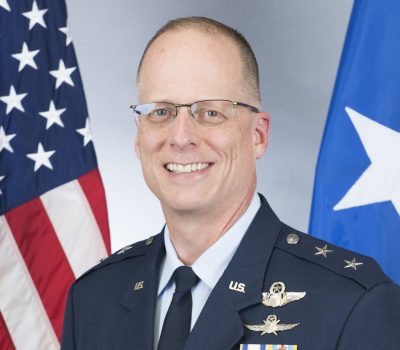 By John A. Tirpak
The Air Force may be thinking about the AGM-183 hypersonic missile as a transitional type until more advanced systems arrive, the head of 8th Air Force said in an AFA Mitchell Institute live streaming event Aug. 31. Maj. Gen. Mark E. Weatherington also said he thinks the Long-Range Standoff nuclear cruise missile could be sped up two years, the B-21 bomber is on track and will fly in 2022, and there should be a joint analysis of whether all the services need to pursue long-range strike systems. 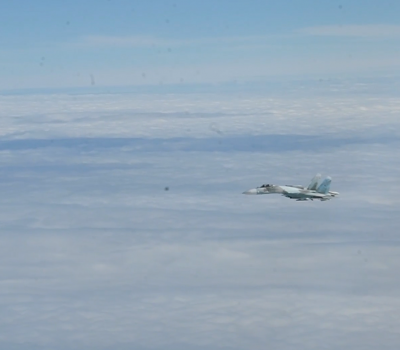 By Brian W. Everstine
A Russian fighter jet pursuing an Air Force B-52 violated Danish air space on Aug. 28, the same day a separate set of Russian fighters intercepted another B-52 in a manner U.S. officials say was unprofessional and unsafe. The B-52, deployed to Europe as part of a bomber task force, was flying over the Baltic Sea as part of the “Allied Sky” flyover of NATO nations when a Russian Su-27 scrambled from Kaliningrad and pursued the bomber from international airspace, flying “well into Danish airspace” in the vicinity of the Island of Bornholm, NATO Allied Air Command said in a release. The act is a “significant violation” of Denmark’s airspace, according to the alliance. “This incident demonstrates Russia’s disrespect of international norms and for the sovereign airspace of an Allied nation,” USAF Gen. Jeffrey L. Harrigian, commander of U.S. Air Forces in Europe and NATO’s Allied Air Command, said in the release. “We remain vigilant, ready, and prepared to secure NATO airspace 24/7.” 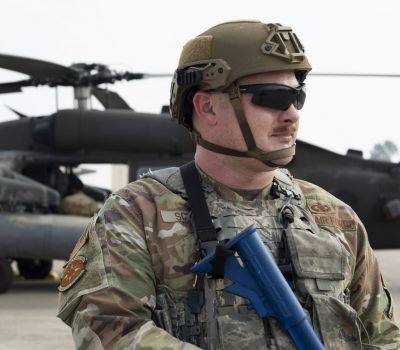 By Brian W. Everstine
The Air Force’s push for deployable, multi-capable Airmen has extended to Incirlik Air Base, Turkey, a base on the southern flank of NATO, near Russia’s doorstep. Agile Combat Employment has taken hold service -wide, with wings and major commands exercising how it can train one Airman to become capable of multiple roles when needed, to be able to run combat operations with a small footprint. At Incirlik, Airmen from across the 39th Air Base Wing trained with UH-60 Black Hawks deployed there with the 101st Airborne to learn these additional abilities, wing commander Col. John B. Creel said in an interview. “We’re trying to make it to where our Airmen own the training, they just go out and have classes on other jobs,” Creel said. 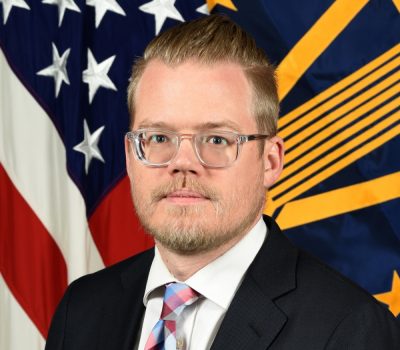 By Rachel S. Cohen
Justin T. Johnson, a senior staffer to Defense Secretary Mark T. Esper, has taken over as the Pentagon’s top space policy official, Pentagon spokesman Lt. Col. Uriah L. Orland said. Johnson is now acting deputy assistant secretary of defense for space policy, after his predecessor Stephen L. Kitay left for the private sector Aug. 21. DOD has not said publicly whether Johnson will permanently hold the position. Johnson most recently served as Esper’s deputy chief of staff, where he offered advice on issues like the military budget, reform, and management. Before that, he was the deputy secretary of defense’s top space adviser and ran the Space Working Group that drafted a proposal to create the new Space Force, according to his official biography. 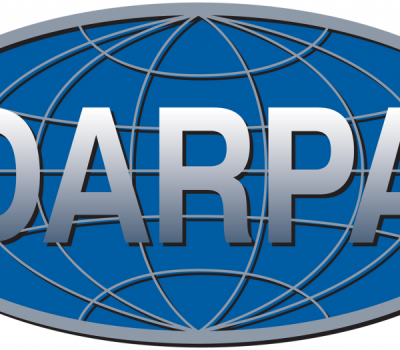 By Rachel S. Cohen
Technology executive Victoria Coleman will run the Defense Advanced Research Projects Agency as its 22nd director, the Pentagon announced Aug. 31. Coleman has worked on artificial intelligence, microelectronics, mobile devices, and other consumer electronics over more than 30 years in academia, government, and the private sector. She is the third woman to lead the military's secretive tech development agency since its inception in 1958. Coleman will start in September. 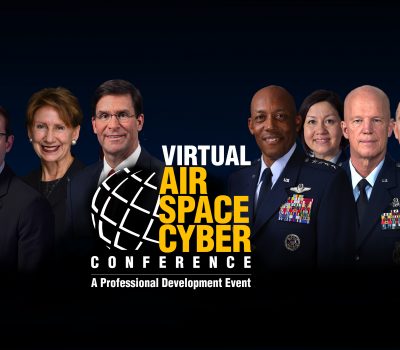 The Air Force Association's annual Air, Space & Cyber Conference kicks off Sept. 14 with Air Force Secretary Barbara M. Barrett and Chief of Staff Gen. Charles Q. Brown Jr. The annual conference, which will be held virtually this year for the first time, runs through Sept. 16. Chief of Space Operations Gen. John W. “Jay” Raymond speaks on Tuesday, Sept. 15. Conference attendance is free for military members and defense civilians, and rates for industry participants are discounted for AFA members (and from traditional rates for in-person participants). Registration is open now and space is limited, so early registration is encouraged.

The U. S. Air Force Global Strike Command has set up its first overseas mobile operations center for B-2 stealth bomber missions, the branch announced Aug. 30. The mission planning and monitoring facility enables the 393rd Expeditionary Bomb Squadron to plot actions on any airfield in the world available to the B-2, which officials say will offer greater flexibility for mission deployment.

Space-monitoring software apps used by U.S. military are now being updated every 90 days, says a new report delivered to Congress Aug. 21. The apps are developed under a program known as Space C2, short for space command and control.

An Air Force general has issued an apology to a veteran after she raised concerns about how military investigators handled reexamining her 20-year-old rape case. “It is never our intent to put survivors of crime through additional trauma,” Brig. Gen. Terry Bullard, commander of the Air Force Office of Special Investigations, wrote in a letter to Wilken. “OSI stands ready to listen to victims and survivors, provide them a voice no matter how long ago their sexual assault occurred, and to guarantee their opportunity to receive support.”

Born Of A Troubled Air Force, Can Space Force Set A New Standard For Diversity And Inclusion?

When 1st Lt. Kelley McCaa found out she would be part of the American military’s first all-female space operations crew, alongside a team of women she considers close friends, she knew it would make a bold statement for the newly formed U.S. Space Force.

The U.S. Air Force wants industry pitches for better electronic intelligence capabilities. The broad agency announcement, released Aug. 31 by the Air Force Research Laboratory, calls for a first round of whitepapers from industry for solutions that can use existing as well as emerging technologies for automated, real-time signal detection, processing, exploitation, and reporting of both existing and emerging electronic intelligence signals.

Indonesia received a shipment of 500 ventilators from the U.S. Agency for International Development on Aug. 30. Air Mobility Command transported them from Travis Air Force Base, Calif., to Jakarta, Indonesia.

The National Armaments Consortium, along with the DOD Ordnance Technology Consortium and Army Contracting Command-New Jersey, is taking steps to fast-track their armament prototyping efforts, according to an Aug. 27 announcement.

The Chinese Navy is building a fleet of aircraft carriers that will be the second largest in the world. However, they currently lack airborne early warning (AEW) aircraft, which is considered a vital component of a balanced air wing.