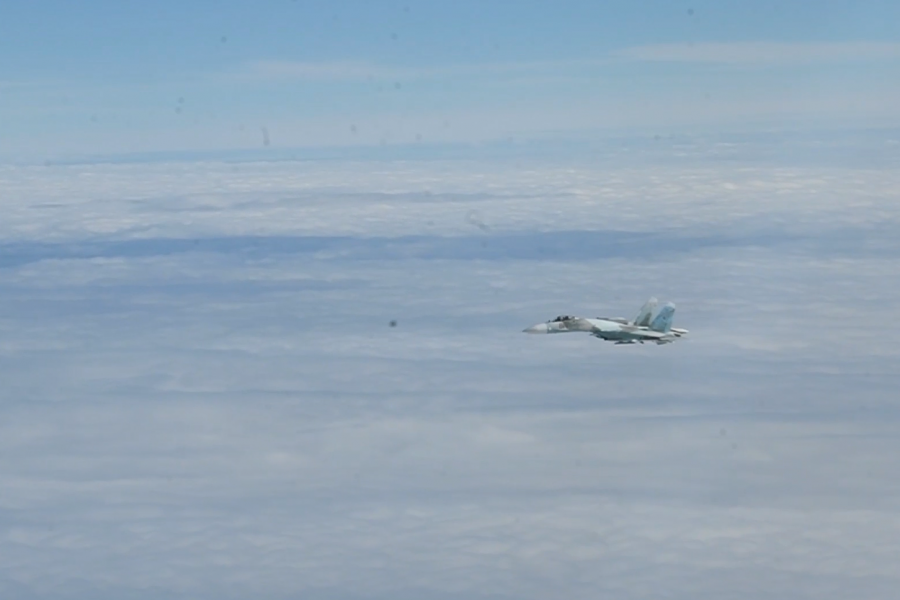 A Russian fighter jet pursuing an Air Force B-52 violated Danish air space on Aug. 28, the same day a separate set of Russian fighters intercepted another B-52 in a manner U.S. officials say was unprofessional and unsafe.

The B-52, deployed to Europe as part of a bomber task force, was flying over the Baltic Sea as part of the “Allied Sky” flyover of NATO nations when a Russian Su-27 scrambled from Kaliningrad and pursued the bomber from international airspace, flying “well into Danish airspace” in the vicinity of the Island of Bornholm, NATO Allied Air Command said in a release.  The act is a “significant violation” of Denmark’s airspace, according to the alliance.

“This incident demonstrates Russia’s disrespect of international norms and for the sovereign airspace of an Allied nation,” said USAF Gen. Jeffrey L. Harrigian, commander of U.S. Air Forces in Europe and NATO’s Allied Air Command, in the release. “We remain vigilant, ready, and prepared to secure NATO airspace 24/7.”

Danish Quick Reaction Alert aircraft launched to “counter the violation,” but the Russian fighters had turned back. The Danish jets stayed airborne and patrolled the area.

The intrusion was the first of its kind “for several years and indicates a new level of Russian provocative behavior,” NATO said.

Earlier the same day, the two Russian Su-27s intercepted another B-52 in the Black Sea in an “unsafe and unprofessional manner,” crossing within 100 feet of the nose of the B-52 while at the same altitude and in afterburner. Video of the intercept showed the B-52 experiencing turbulence because of the maneuver.

“Actions like these increase the potential for midair collisions, are unnecessary, and inconsistent with good airmanship and international flight rules,” Harrigian said in a release about the incident. “While the Russian aircraft were operating in international airspace, they jeopardized the safety of flight of the aircraft involved. We expect them to operate within international standards set to ensure safety and prevent accidents,” he added.