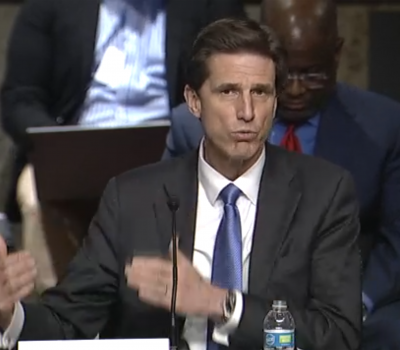 By Rachel S. Cohen
A Senate Armed Services Committee hearing brought an interagency dispute over the future of spectrum management further into public view on May 6. SASC and the Defense Department are sparring with the Federal Communications Commission over its April approval of a Ligado Networks plan to build ground terminals for a broadband Internet network in the electromagnetic spectrum’s L-band, near the part of the spectrum occupied by GPS signals. For the FCC to reverse its decision, the Pentagon needs to go through a formal petition process with the National Telecommunications and Information Administration to prompt the FCC to reconsider. DOD Chief Information Officer Dana Deasy said he is talking to the NTIA and that DOD has until the end of the month to lodge its objection. 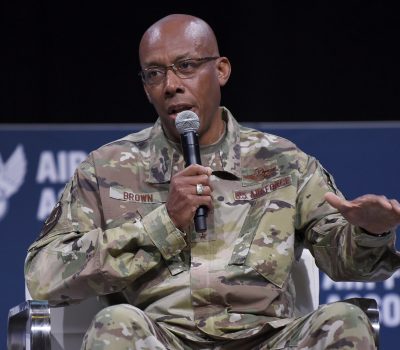 SASC Takes Up Brown’s Nomination for Chief of Staff

By Amy Hudson
The Senate Armed Services Committee will hear from Gen. Charles Q. Brown Jr. to consider his nomination to be the service's 22nd Chief of Staff at 9:30 a.m. on May 7. If confirmed, Brown would become the first African-American Air Force Chief of Staff and replace Gen. David Goldfein, who has led the Air Force since July 2016. 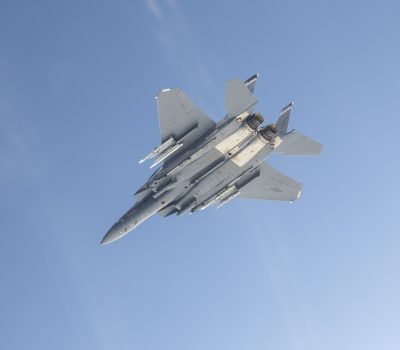 By John A. Tirpak
The Air Force is seeking industry input on a new class of air-to-air missiles, which would be faster and longer-ranged than the AIM-120 and AIM-9X that currently equip its fighter fleet. It's not clear, though, how the new weapons would join a portfolio where there are several new missiles already underway—some of which seem to match the description available from industry already. 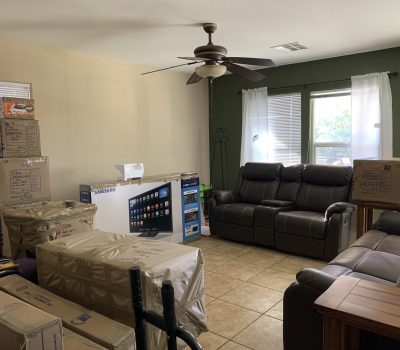 About 30,000 Troops Waiting to PCS as DOD Implements COVID-19 Safeguards

By Brian W. Everstine
U.S. Transportation Command has about 30,000 service members and their families lined up and scheduled to move to another installation as part of a permanent change of station, and the Pentagon is requiring movers to meet new guidelines aimed at protecting troops and families from COVID-19. Since the first restriction of movement order came out in mid-March, TRANSCOM has conducted about 12,500 shipments of household goods for service members who received waivers to PCS, which is about 30 percent of the command’s typical volume. To keep moving families safe, Defense Secretary Mark Esper authorized new protocols requiring movers to abide by Centers for Disease Control and Prevention guidelines for protection against the new coronavirus, including requiring face masks and screening movers for the virus. 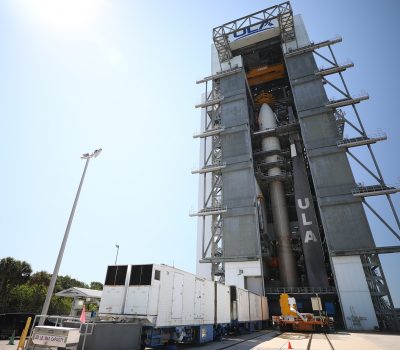 By Rachel S. Cohen
The X-37B spaceplane will embark on its sixth mission from Cape Canaveral Air Force Station, Fla., on May 16, Air Force Secretary Barbara Barrett said. The secretive, unmanned orbital test vehicle, which will launch on a United Launch Alliance Atlas V rocket, is notching new milestones as it matures. "This sixth mission is a big step for the X-37B program," said Randy Walden, who runs the Air Force Rapid Capabilities Office. "This will be the first X-37B mission to use a service module to host experiments. The incorporation of a service module on this mission enables us to continue to expand the capabilities of the spacecraft and host more experiments than any of the previous missions." 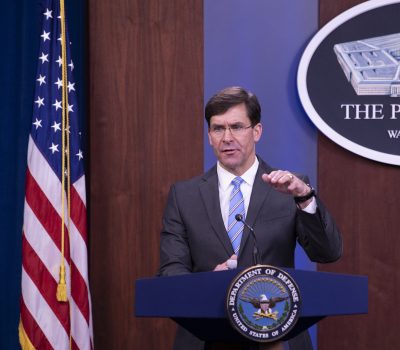 By John A. Tirpak
Defense Secretary Mark Esper acknowledged that heavy government spending on anti-Coronavirus efforts could suppress defense spending in coming years, and said the Pentagon will prioritize modernization programs over legacy systems if the budget flattens. There are "dozens" of legacy programs Esper said he would be willing to give up in order to preserve modernization efforts, though he didn't offer specifics. The Air Force has come under fire for just this approach, having offered up B-1 bombers, A-10 attack jets, and numerous aerial tankers for retirement in its fiscal 2021 budget, with the aim of using the resulting savings to develop the joint all-domain command and control system and other modernization programs. 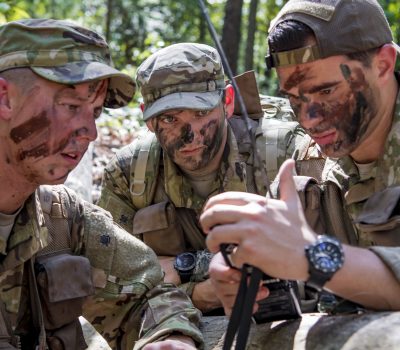 By Jennifer-Leigh Oprihory
USAF may soon update its initial Survival, Evasion, Resistance, and Escape training to better suit the demands of different Air Force Specialty Codes. The new program will incorporate preliminary distance learning so students can hit the ground running once they arrive at Fairchild Air Force Base, Wash., the head of the 336th Training Group told Air Force Magazine.

The war powers resolution was passed in March, but wasn’t formally sent to the White House until just this week.

With the selection of Mustafa Khadimi, Iraq has its first real government in more than five months. He will confront an array of daunting problems.

The chief negotiator of the New START treaty fears the nuclear arms control deal with Russia could end up "simply going away" as attention is diverted to handling the novel coronavirus pandemic. Former Under Secretary of State for Arms Control Rose Gottemoeller told Newsweek that she was "concerned" about the deal lapsing if it is not paid more attention before it expires early next year.

Veterans Affairs officials are again warning veterans who were exposed to open-air burn pits in Iraq and Afghanistan that they could face additional risks from respiratory complications related to the ongoing coronavirus outbreak.

Several industry associations and lawmakers in recent weeks have called on Treasury to waive the affiliation rule so struggling startups can get emergency aid. But Treasury has pushed back out of concern that changing the rule for venture-owned startups would subvert the intent of the Small Business Administration’s loan program that was created to help independently owned small businesses.

As the U.S. continues down the perilous path to peace in Afghanistan a number of spoilers threaten to upend America’s goal to withdraw U.S. troops from Afghanistan and end its longest war. Secretary of Defense Mark Esper told reporters May 5 that the Taliban were not living up to their commitments inked between the U.S. and the militant group in Doha, Qatar, on Feb. 29.

When a teammate is struggling with depression, mental health, or other psychological issues, it can have a debilitating effect on the entire team. During a military operation, those issues, if left unaddressed, can lead to mission failure, injury, and death. To prevent mental health issues from becoming a problem on the battlefield, the Defense Innovation Unit—a team within the Defense Department that taps nontraditional contractors to bring the latest technologies to the military—wants to develop predictive artificial intelligence that can flag behavior changes in a service member.

The Army’s Program Executive Office for Aviation is seeking white papers from industry on readily available technology to address future force challenges. A May 5 request for information says the "demands of increased threats, the rapid pace of technology change, and reduced budgets compel the use of more innovative approaches for exploring and integrating mature technologies and capabilities into Army Aviation formations."

The team is slated to transition to the Super Hornet for the 2021 air show season.

The history of the Tactical Assault Light Operator Suit, or TALOS, along with the prototypes that came before it, reveals not just the military's long-standing fascination with mechanized warfare, but also its inability to radically transform the standard tactical kit that’s been a staple of American troops for decades.

On May 8, Second Lady Karen Pence will speak at an online town hall being hosted by the COVID-19 Military Support Initiative to commemorate Military Spouse Appreciation Day. You can register to attend the event, which will run from 3-4 p.m. EDT, here.